KSC’s only acapella group holds auditions for the new year

This musical group is determined to not let COVID restrictions interfere with another year of performances. In the past, auditions consisted of all people auditioning, singing together and warming up together. However, CFON President Alexandra Magee and her team had to reinvent their audition process due to the restrictions.

Magee explained, “I sort of came up with the idea that we have 10 minute slots… we had people coming in for 10 minutes each, we had them sing 30 seconds of two songs that they wanted us to hear and what they thought their voices would sound the best with, and then we had them basically just show us how high and how low they can sing.”

Magee and the group are hoping to double their size, as it was cut down by more than half after this past academic school year. “We needed pretty much one person from every voice part,” Magee said.

She also said that her team needed to go into the audition with an open mind, considering the lack of members. Regardless, Magee said, “I’m actually really excited with who we were able to bring in… I think we’ve got a really strong group of kids coming in and I think they’re going to be a really great addition to the group.”

CFON does not have any events set in stone for this academic school year, but Magee said, “[We] are hoping to have a performance at the end of the year in the Mabel Brown Room. We just think it’s probably going to have to look a little bit different.”

Given the COVID restrictions, parents and guests outside campus would most likely not be able to attend in-person, but instead via livestream. Magee also said that she spoke to the coordinator of the Colonial Theatre located in downtown Keene, hoping to set up a performance there, as the group has previously done in the past.

Even with auditions passed, Magee still encourages Keene State students to audition for Chock Full O’ Notes in the future. “Our group is pretty much the perfect thing for somebody who likes music, but doesn’t know a lot about it,” Magee said. “Our group doesn’t require you to know how to read music. As long as you can carry a tune and match pitch with somebody else, you’re pretty much good to go. We also aren’t demanding in terms of time.”

The group welcomes all students to audition regardless of experience, and prides themselves on being ‘a big group [that has] a lot of fun.’”

As the school year progresses, Magee hopes to “set up a solid foundation for the rest of the group… [so] they have something solid to work off of, and they know exactly what they want to do.” Magee sees the group’s new singers as a fresh start and believes “they are going to be able to pull it off.” 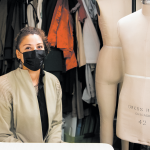 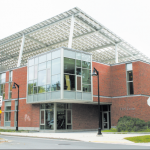