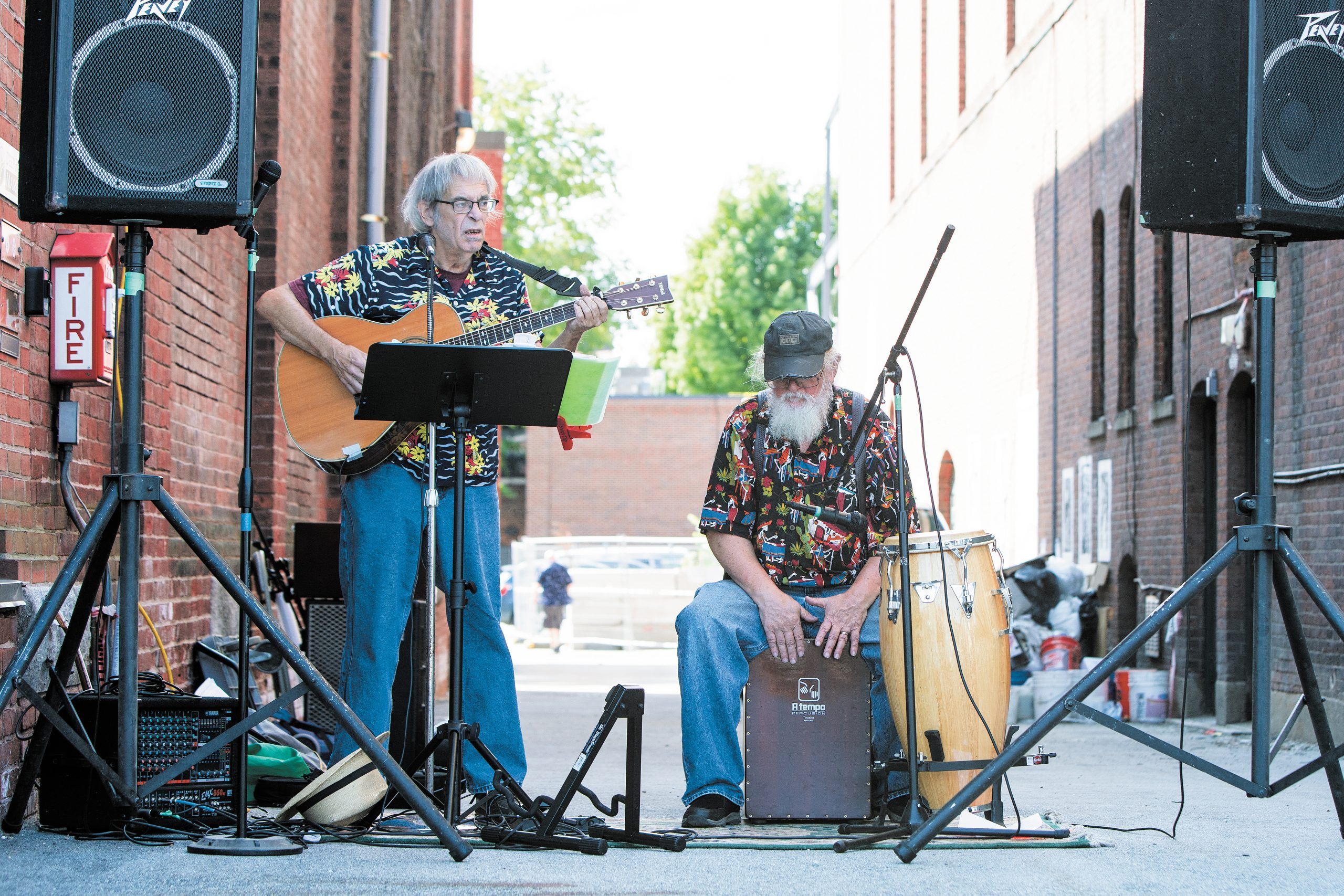 A total of 52 bands played on seven stages dispersed throughout Downtown Keene. Sean Wiley, one of the event organizers, said the city of Keene works with the team of event organizers to ensure the festival runs smoothly and safely. “They provide…  police coverage and they block off some roads, and they’re very happy with the event,” Wiley said.

This year, Wiley said, the organizational responsibility was split between a group of six based on individual strengths. Wiley added that the event is entirely volunteer-based. “It’s always been a volunteer [event]. Nobody gets paid, nobody gets charged a certain amount of fundraising,” Wiley said.

With its central location in the city of Keene, the festival is centered around the Keene community and promoting local businesses. “We don’t bring in outside food vendors so that hungry people go to the shops on Main Street to shop. It’s important. Family-friendly has always been a guiding thing,” Wiley said.

Since the festival was outside and the stages were spaced out in various locations throughout Downtown Keene, masks were not required. However, certain COVID-19 precautions were taken from the organizational side, and social distancing was encouraged whenever possible. “We’re sterilizing microphones between sets, [and] you know, we’ll be encouraging people to keep their distance and mask up if they’re too close,” Wiley said.

The festival has been bringing live music to Downtown Keene for the past 20 years. Although planning the event requires hard work, Wiley said the results are always rewarding. “We’re just all really committed to it. All of us…. It’s a lot of work. And it’s a lot of work for a band to get up and have a 45-minute set. but everyone loves doing it and they love the community feel, they love performing and just the vibe of all the bands together. It’s just a great day,” Wiley said.

Sylvan Groth, who attended the festival, said she has gone to the festival yearly for the past five years. The draw of live music continuously brings her back. “I just love hearing local and new music and this is a great way to see a bunch in one day,” Groth said.

Groth added, “Everyone seems to be really chill and the bands are really great. It’s great to be around people again.”

Janine Parker, who was in attendance in support of her husband who was performing in the festival, said she enjoys the overall spirit of the event. Year after year, she takes note of how everyone in attendance appreciates the music along with her. “Artists and musicians are the best people in the world and you can see it in the way people and musicians are watching and appreciating each other,” Parker said. 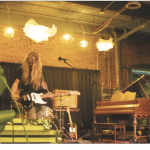