Following the Code of Conduct off-campus

The Equinox believes that the worst-case punishment for missing a weekly COVID-19 test is too harsh. In an interview with the Director of Community Standards Matthew Salter about COVID-19 conduct issues, Salter said that “The first offense is either going to be a warning or a college probation”. The fact that someone could get put on a 15 to 30 week academic probation for a first offense consequence is completely unjust. Although before a student is put on academic probation for missing a testing slot, they are put through a hearing to discuss the reason why they missed their weekly COVID-19 test. Additionally, once a student is on academic probation, it gets put on their permanent academic record. The Equinox believes that a student’s permanent academic record should not be affected by them making one mistake. One potential solution to making a more fair and just punishment system would be by having a 3-strike system. If a student accidentally misses their designated testing slot, The Equinox believes that they should first try and get in contact with the college to figure out if there is a different time, they could get tested that week.

Despite The Equinox believing that the punishment for missing testing should be less harsh, we also believe that if a student willingly chooses not to get tested when they have the time, then they should be subject to being punished more severely. We feel this way because getting tested for COVID-19 is still a very important and crucial factor to allowing Keene State College to having its students stay on campus and in person for the entire semester. Although, we still believe that the punishment for those who choose to miss their weekly COVID-19 test should not be as harsh as academic probation.

The Equinox thinks that the consequence for those who choose to miss their testing times should be only limiting their access to on-campus buildings. If the Keene State College administration was to go down this route, they should consider which buildings they would be limiting because if someone who lives on campus misses their testing slot is then not allowed back into their residence hall, then where would they go to sleep that night?

Even though a student is put through a hearing before they are given their punishment, the hearings aren’t as just and impartial as an actual court system. From an article that was written in 2016, Matthew Salter stated that “In court it’s beyond a reasonable doubt, meaning that for a jury to find someone guilty they have to be 99.9 percent sure. When finding someone responsible in the college system, it’s just over 50 percent. That’s the standard all around the country at college and universities and also the one that the courts tell colleges and universities to use,”. This insight as to how unfair these hearings can be is an extremely shocking and unreasonable system to be using to decide how to punish students who miss their testing periods. At the end of the day, The Equinox believe that the college should rethink the way they punish students for missing testing. 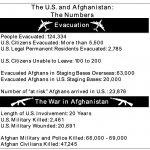