A tough season for men’s soccer

The RPI men’s soccer team is currently ranked #7 in the country in the Division III program.

Around 13 minutes into gameplay, the Engineers scored the first goal of the game. The ball rebounded off of a save by Owls goalkeeper #25 Anthony Pascuito before hitting the back of the net.

Two minutes later, confusion on a direct kick gave the Engineers a free shot on goal and, consequently, a 2-0 lead over the Keene State Owls.

Owls midfielder #18 Rahul Drukpa had a shot on goal minutes later that went just left of the net.

The first half ended 3-0 with the Engineers taking a substantial lead.

The second half saw more attack from the Owls. However, 15 minutes into the second half, officials issued a yellow card to Owls defender #5 Damir Hamzic.

The Owls’ defensive line stayed in the spotlight as #8 Henry Cummings charged up the field for the first shot on goal of the second half. The ball did not hit the back of the net as it was received by the RPI goalkeeper.

RPI came back down the field with 22 minutes left in the game, however the shot went right across the front of the home goal.

Two minutes later, aggression from both teams led to a yellow card being issued on an RPI player and less than a minute later, Owls midfielder #11 Declan Coughlin was also issued a yellow card.

The Owls came back with one final attempt at a goal off of a corner kick, however, the shot on goal by #12 Nicholas Dalesio was saved by the goalkeeper. The final score of Friday’s game was 3-0 Engineers. 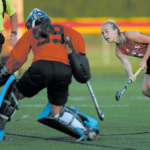 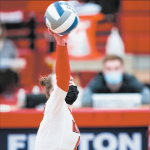