‘Divisive topics’ hanging in the balance

Similar legislation is popping up all around the United States. Lawmakers in Arkansas, Louisiana and Idaho have all proposed restrictions on teaching ‘divisive topics’ in schools and workplace training.

This bill is a blatant violation of the First Amendment’s free speech protections. It exposes the hypocrisy of the Republican Party. Republicans are always the first to defend the Constitution in arguments about gun regulations and social media bans, but won’t admit HB-544 is unconstitutional because it benefits them.

Beyond its unconstitutionality, the language in the bill is so vague that arguing it in court would be “next to impossible,” according to attorney Anthony Sculimbrene. The bill would prevent N.H. public schools from teaching about ‘divisive topics,’ but who is to say what exactly a divisive topic is? There are also concerns that this bill will be used as the basis for additional censorship of conversations about race and equity.

Additionally, when N.H. Gov. Chris Sununu voiced his opposition to the bill, Republicans turned to an alternative method. Republicans added the legislation as an amendment to the budget bill, attempting to sneak it through like a Trojan Horse. The budget bill passed the N.H. House of Representatives on April 7 and now goes to the Senate for a vote.

A crucial element of implementing meaningful institutional change is learning from history. It is about using past mistakes to prevent similar situations from happening in the present. This makes proper and accurate education about our nation’s history absolutely necessary. This legislation, however, would stand in the way of that effort.

This legislation would be a stain on the state of New Hampshire. We encourage N.H. residents to call their state legislators to voice their opposition to the HB-544 amendment.

Prisoner safety amongst COVID crisis Previous
No vaccination requirement Next 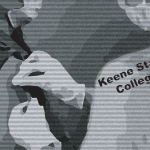