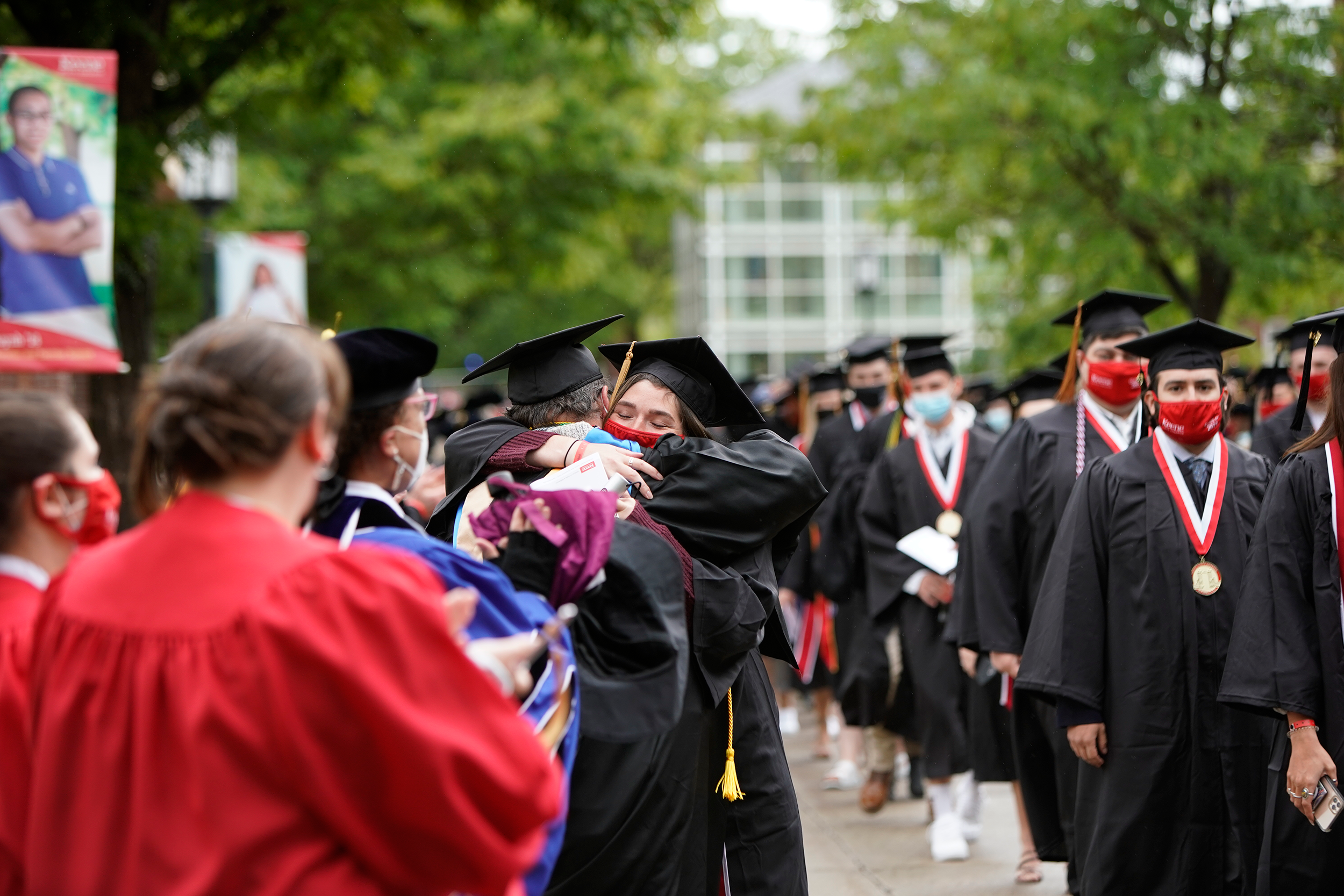 After an unorthodox senior year due to COVID, the Class of 2021 said goodbye with an equally unique commencement ceremony.

On Saturday, May 29, the senior class endured the 45-degree weather, bouts of rain and cold wind to gather on the Fiske Quad. In comparison to the weather being nearly 90 degrees the weekend before, the dreary day was unexpected.

Along with the students, each graduating Owl was allowed to bring two guests. Though the commencement ceremony was originally supposed to be just for graduating seniors, about two weeks ago, Keene State College President Melinda Treadwell announced the change. Guests needed to provide proof of a negative PCR test or proof of being fully-vaccinated to attend. Many graduating Owls expressed their gratitude for the ability to have their families come see them walk across the stage.

“My guests are my parents,” senior Grace Frost said. “Literally when I told them they could come they were bawling their eyes out on the phone. I am just happy that they can see me walk. I’m really happy they could be here.”

Fellow graduate Alyssa Gesualdi invited her mother and her aunt to come see her receive her diploma. “Both of them have been really supportive for me throughout my entire college career so it feels really nice just to have them here and experience that with them. It’s just nice to have your people cheering for you.”

Camden Merritt said it was an extra special moment for her because her mother, who is an alumna of Keene State College, got to see her daughter cross the stage just as she did. “My mom graduated from Keene State in the 90s so I’m glad she gets to see me do the same.”

The graduates officially entered the quad in the processional, which was led by the marshalls. The large number of parents and families lined up by the fenced walkway showed just how thankful they felt to be there. Families searched through the sea of black grad caps and red sashes to find their Owl. Siblings were seen holding cardboard cutouts of the graduates. Parents stopped their children as they went by to snap a quick picture or offer one final congratulations before the ceremony officially began.

After the processional, Interim Provost and Vice President for Academic Affairs Ockle Johnson welcomed all attendees to the college. Johnson then introduced Alyssa Becker, Class of 2022, to sing the National Anthem.

After the song, Treadwell took the podium to address the seniors. She acknowledged the difficult year it had been due to the pandemic and thanked the Class of 2021 for creating community, even during a difficult time.

“Today we honor you, Class of 2021,” Treadwell began. “We are here to celebrate your success as scholars, yes, but we are also here to celebrate you. You who got us here to this day, to this moment. Close your eyes, take it in. We asked a lot of you, Class of 2021… We asked you to step into a heightened awareness of what it means to be in a community. And all the while we asked you to be good and diligent students… The world was churning with political and social unrest and we asked you to be patient with one another. To listen to each other. To use your voice and dialogue with whom you may disagree and you did. You did all of these things… You declared your commitment to one another.”

Though, as Treadwell pointed out, it was a difficult year for college students, the Class of 2021 does not remember the hardships. They do not remember weeks in quarantine or an assignment they didn’t excel on. They remember the positive memories. When asked about the positive experiences they would remember after leaving Keene State, many said there were numerous over the past four years, too many to sift through.

“Oh, there are multiple,” said senior Van Wile. “Definitely, actually recently the premiere of capstone. I’m a film major so getting to see that in-person and on the big screen was definitely an experience I will remember forever.”

Other students said their fondest memories of Keene State were tied to a place or a group of people, rather than a specific moment. Whether it be the Redfern, the Athletic Complex, the Mason Library or the classroom, students acknowledged these new homes and the families they made within them.

“Can I specify it to the math building?” said graduate Sarah Vickery. “The math center here on campus was my home and I was welcomed by every professor. Then I worked there and it was great. It’s not really a memory, but it’s just those people that I will remember forever.”

Nicole De Almeida received her master’s in education at the commencement ceremony. De Almeida played for both the women’s soccer team as an undergraduate student and the track and field team while completing both her undergraduate degree and master’s degree. She was able to do this because of the extra year of eligibility given to spring athletes by the NCAA in 2020. These athletes received the extension of eligibility after COVID-19 sent schools remote for the rest of the Spring 2020 semester and cancelled many spring sports. De Almeida said that those moments competing with her team are some that she will carry with her.

“I think, honestly, I will [remember] any opportunity I got to be in a Keene State uniform,” De Almeida said. “So any game or track meet would be the memories I will take away from here.”

Though there are often too many memories to count, in her address to her peers, Class of 2021 President Adriana Daniel reminded her fellow graduates that college is a quick four years, but the connection to the Keene State College community can last a lifetime.

“The beauty of college is that it doesn’t last forever… College is fun, exhilarating and exciting because we know it will end,” Daniel said. “When it’s all said and done, you may leave Keene, but Keene will never leave you.” 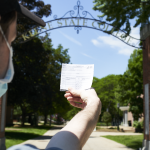