Two New Hampshire republican representatives Glenn Cordelli of Tuftonboro and Jason Osborne of Auburn cosponsored a bill this past month demanding that topics such as racism and sexism not be taught in certain school curriculums.

The bill is in accordance with an executive order former President Donald Trump signed back in November which was immediately rescinded by current President Joe Biden on the day of his inauguration, January 20, 2021.

House Bill 544 (HB 544) in New Hampshire would restrict the teachings that the state of New Hampshire or the United States, in general, suffered from, such as issues of systemic racism, privilege of any kind and, also, issues of race and gender bias.

I am so incredibly angry just thinking about this bill. I study history and holocaust and genocide students and politics and much of what I have learned and covered in my classes is the issues of settlers colonialism, especially in how it has affected the United States. The country we live in, and even the state, has been the oppressor in numerous situations throughout our country’s history. As much as people probably do not want to admit it, we have benefited from genocide and colonialism and slavery, and that refusing to acknowledge and learn about these situations shows how much we have benefited from these situations.

If this bill were to pass, a lot of what I study would be obsolete. I would have a hard time learning about the country I live in if we had to completely disregard that our country was built on these oppressive regimes. We would need to blackout a lot of our history, leading to ignorant societies and a continuation of dehumanizing anything different from ourselves. Silencing media and completely disregarding history leads to so many issues, including ones we have seen before.

Nazi Germany, for instance, silenced differences of opinions with book burnings and complete obliteration of free press and study. North Korea continues to disregard anything that does not fit with its idealized history and agenda. And even Russia, during the Ukrainian Famine, lied to the world about what was happening. These issues of disregarding history and silencing opposing voices and blatantly lying about the country and its institutions are unacceptable.

I hope, for the sake of our children and of academics, this bill does not manage to pass. For the sake of the tens of thousands Native Americans our ancestors ruthlessly murdered to the number of African slaves taken from their homes to make money for the greedy to anyone in the world who has been affected by the divisions of people who have been growing deeper and deeper with every passing day, this bill cannot pass. It will cause a rippling domino effect and, unfortunately, other states could possibly follow, eventually leading to the silencing of much of our history, which cannot happen.

We must teach our children and our children’s children what happened in our state and country before it happens again. 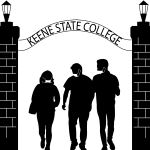 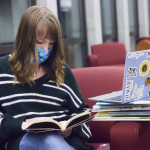