Keene State College’s Office of Student Involvement hosted the Green Up Keene event to help tidy up campus after the winter months.

Green Up Keene has been a mainstay event within the community for years. The event is put on to bring out the community to help clean up the area to get ready for warmer weather.  The event is traditionally a city and camps event with the campus event following the day after the city wide cleanup. Keene State College’s Student Center Programs Coordinator Brandon Carta said the goal of the event is to clean up the campus from loose trash pieces and recyclable items left on the campus grounds.

Carta said, “There’s like on campus projects that pretty much only faculty and staff have been setting up for the off campus street cleanup that our student organizations or individuals have been signing up for.” Students needed to register for the event. Carta said that students could either pre-register or register at the event. He added, “We have like, probably 50 of our spots filled already. So I’m assuming people will kind of either just show like, we’ll just appear on Friday and we’ll have more, but well, we’ll be looking good to fill 100 of those spots.”

The event was modified for COVID-19. Carta explained, “So we’ve been able to put a lot of student organizations that have smaller numbers together, take that 10 number, and sort of like piecemeal them so they max out at 10.” Carta also said everyone who participates in the event will receive a t-shirt.

A participant in Green Up Keene Samuel Clough and current member of Sigma Pi fraternity and the Executive Vice President of Affairs for the Interfraternity Council said this is not his first time attending the event. Clough said, “I’ve done it at least four times, my fraternity has done it on our own just within Sigma Pi a couple of times so I think I’ve done it between six and seven times over the past four years.” Clough explained that the event seemed a little more organized than in previous years. “I think we have two really strong coordinators, and Casey Brown from Delta, Phi, Epsilon and Patrick Doyle, also from Sigma Pi. So I think they’ve done a really good job. This year, it’s been really nice, because they were able to give every single group that showed up a map of exactly where they are cleaning. They have provided materials in the past and it’s just been a really straightforward and clear experience.”

However, Clough’s inspiration for attending the event comes from more than just a commitment to the community. “My mom actually runs a Facebook group, the town that we used to live in, Dover, New Hampshire, she created a Facebook group called, ‘Don’t Trash Dover’ and she does this every month, she organized the cleanup where she and five, 10, 15 other people would get together and take trash bags and get gloves and go clean up the town of Dover and really do exactly what we do here, but on a monthly basis,” said Clough.

Another Greek life member Liam Dounce said he was there to assist the community and show how far the campus community stretches. Dounce said, “Participating in Greek life and stuff like that, but it’s also a great time for the community to get together and give back a little bit and show that, you know, we’re not just a community for each other, but for everyone around us.” 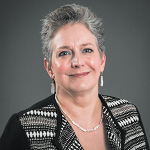 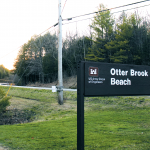