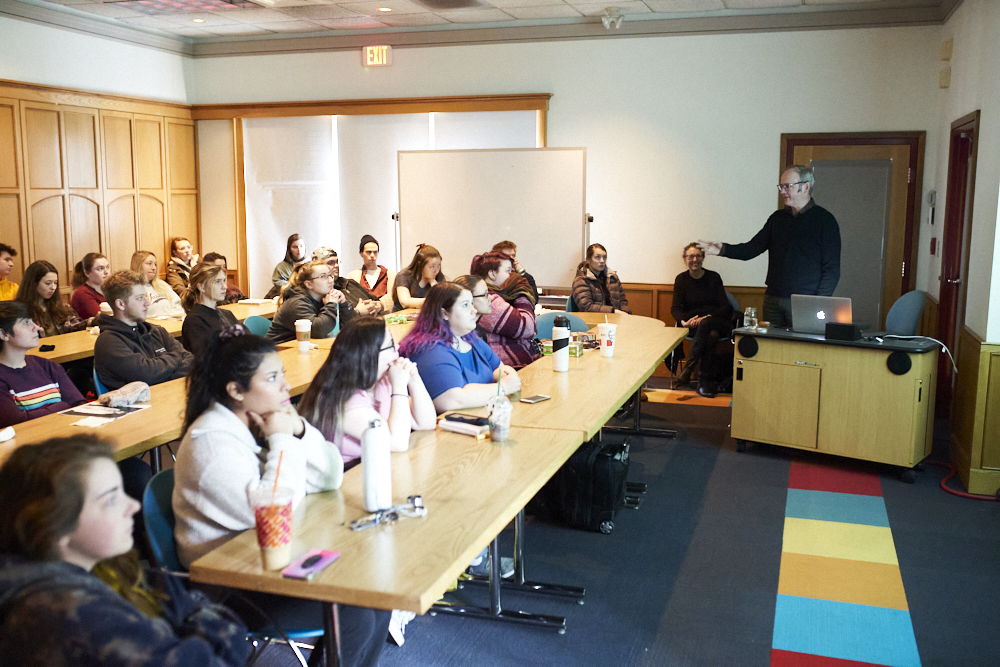 For three semesters, Keene State College has not been able to host in-person classes the traditional way, however, that is subject to change for the upcoming Fall 2021 semester.

Recently, Keene State College made the announcement that their 2021 fall semester is going to be entirely in-person. The news came via a video from President Melinda Treadwell embedded in an email. In the video, Treadwell said, “We are planning to be fully on campus with expanded classroom opportunities, performance venue options and athletics in the fall.” Treadwell also said, “As more vaccines get shot in the arm, we’re confident we’re going to be back and we’re going to be increasingly normal here at Keene State.”

Provost of Keene State College Dr. Ockle Johnson spoke further on the topic. Johnson said, “The hope is that that all students will be vaccinated and all faculty and staff as well and certainly in New Hampshire all students, everyone over 16 will [have] the ability to sign up for vaccination starting on this Friday and so we figured out to give plenty of time for those students who choose to get a vaccine at this point. I don’t think there’s any move to require. I’m certainly not aware of any move to require vaccinations for faculty staff or students but the hope is that we will have that all or almost all of our students will be vaccinated.”

Just because most students will be vaccinated, it does not necessarily mean no masks. Johnson explained, “As far as masks go we’ll have to see where things are in terms of the science as we move into the fall there is an expectation that we will be able to be somewhat less physically distanced in the classroom so that is an expectation but we’ll continue to follow the guidance of the CDC on that matter as far as masks will see where the rates of infection are in the fall and hopefully they will be so low that that won’t be needed.”

A change on the athletics side is the college’s goal is to have the teams return to their normal schedule and to see the return of fans.

Johnson said, “Not all teams in the conference played. So they were much abbreviated schedules. But we were able to play those schedules. One thing, however, was that those were played in empty gymnasiums. So spectators were not able to attend, you know, parents, parents, that faculty, staff, students, no one, essentially no one attended, other than the athletes themselves and some support people. So what I would expect in the fall is that we would read as we would return to normal schedules, so that all of the teams all the fall sports will be able to play in the fall, that their schedules will be similar to what they had been in 2019, in terms of a mix of conference games, I expected, everyone in the conference will be playing, and that there’ll be non conference games as well. And that, there will be possibilities for post season tournament competition as well. And those did not happen either. We had– we had a conference tournament in basketball, but there was no division three tournament national tournament in basketball. The other thing, [a] big thing, is that I would expect that spectators would be able to attend athletic, athletic events in the fall. So that that’ll be a big piece.”

Johnson said the goal for the college is to have the school operating the way it was pre-COVID: “I think in the end, we’d like to return to the point where we are in person, full classes and maskless. I mean, that’s that, that’s where we would hope to be. And it’s just a matter of where [and] how the virus proceeds, [and] how fast we get there.”

Keene State College first-year Sara Murphy feels the school made the call a little earlier than necessary. Murphy said, “I think that the announcement came, like, a little too soon. Maybe because you still it’s kind of far away, and you still never know how much better it’s gonna get. Like, with the vaccine coming out a lot more people getting it, I think it’s going to absolutely get better. But he’s still like, [you] never know. And I think the announcement came a little too soon.”

Despite feeling a little wary of the hastiness, Murphy said, “I am kind of excited to see how the full in-person works. I think it’ll be good to get back into actually going to a full college class that I haven’t gotten to experience yet. And I know like, I feel like I would struggle at first because we’re so used to being online. But once we get used to [it], I’m excited to finally experience a real college class in-person, and then maybe even go [to a] sports game that we haven’t gotten to experience yet.” 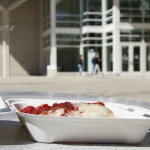 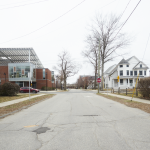