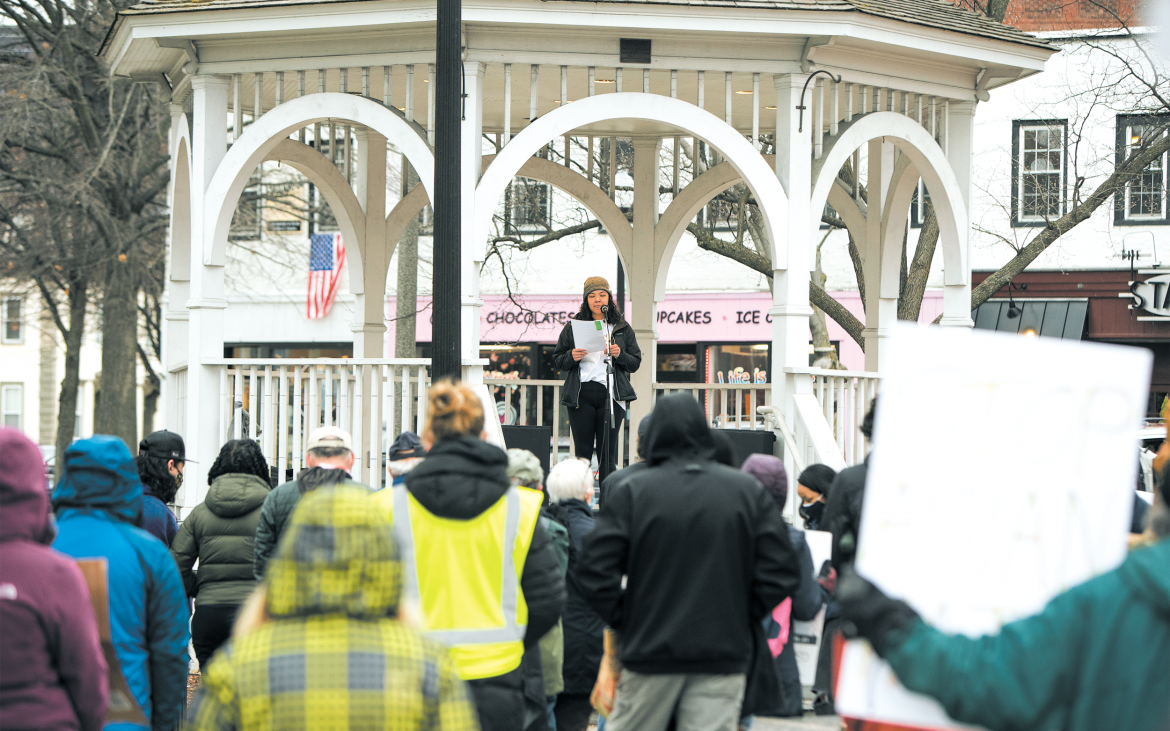 More than 60 people from all ages, genders and races showed up to celebrate and uplift the AAPI community on Sunday, March 28. The protest was in response to a series of shootings in Atlanta, GA, on March 16, 2021 where a total of eight people were killed including six Asian American women. The event was a #StopAsianHate solidarity rally organized by two Antioch University students, Jamie Melvin and Pauline Moll.

The  2020-2021 national report published by the organization, “Stop AAPI Hate,” on March 16 “covers the 3,795 incidents received by the Stop AAPI Hate reporting center from March 19, 2020 to February 28, 2021.” The incidents in the report included “verbal harassment,” “physical assault,” “shunning/ avoidance,” “coughed/ spat on,” “refusal of service/barred from establishment,” “vandalism,” and “online harassment.”

Melvin, who was “angry and frightened” by the Atlanta shooting, reached out to her friend and co-organizer of the protest Pauline Moll to find out if there was any rally occurring in Keene. Moll was on staff with the New Hampshire Youth Movement, a movement of young people to win a livable future through good jobs, healthcare and education for all according to the website, back in the fall during the federal election. Melvin reached out to Moll because “she (Moll) was active in NHYM and around Keene.” “She (Moll) hadn’t heard of anything,” said Melvin. “I took the initiative to and began filling out the forms for a permit from Keene City Council and asked if she (Moll) would be willing to co-organize with me,” said Melvin.

Moll said that her past activism experiences and her experience with the NH Youth Movement taught her how to make connections, pull together an event and what the different roles that these sorts of events have.

This is how Melvin and Moll ended up co-organizing the event where members from Keene State College, Keene community and the greater NH community were present from 11 a.m. to 1 pm.

Keene State College Director of Strategic Projects Michelle Wood was also present in the rally. She said, “ When any members of our community are hurting, we’re all hurting…. To be here, show support and love seems like something that we really want to do and it’s the right thing to do.” Wood said that it is important for the college community to support the Keene community because, “Keene State College and community are a fabric interwoven together, as we have to work together to make change ….and sending the message that we’re not going to tolerate….”

Keene State College junior majoring in biology, Macie Flammia, also showed her support with her friends. Flammia said, “I am here to show support to Asian community members here in Keene and also around the world and also I think white violence is a problem that needs to be addressed.” Flammia knew about the event through a poster going around on Instagram.

Flammia described why it’s important to show support, “Sometimes I think that the government can abandon minority communities and that makes support from people that live with you and work with you all that more important,” She added. “It’s important for people our age to support things that are right because we are up and coming in the world and we are starting to …. have some real power and so using that…”

The protest started with the opening speech by the two organizers, Melvin and Moll. Melvin addressed the shooting in Atlanta in her speech, “As I grieve, reflect and remember the women’s lives, [that] were stolen in Atlanta, and the folks who have been brutally attacked, I can’t help but see pieces of my loved ones,” She added. “The media is misinterpreting these women’s stories, mispronouncing their names and not honoring or respecting them.”

Melvin is pursuing her master’s degree in advocacy for social justice and sustainability. Melvin, who was born to a Japanese immigrant mother and a white American father, shared her experiences growing up biracial. She said, “Being a biracial woman in this country, I have been told that I am not enough…. not white enough…..not Asian enough,” She added.” Growing up, I have been teased for my facial features, the way that I ate my food and the way that my food smelled and looked.”

NH resident and Secretary for the NH AAPI Democrats Shideko Terai who attended the protest is half Japanese and half Italian and was adopted and  brought to the United States when she was two years old by her two white parents. She could relate with Melvin’s experience. She shared that she didn’t use to feel she “belonged one way or another, whether as a person of white heritage or a person of Japanese heritage.” Terai said, “It’s important for the voices of all these [Asian] communities to be uplifted and recognized and valued as Americans…… It’s time to stop Asian hate.”

Moll, who is studying dance movement therapy at Antioch, addressed the community members after Melvin. She took some time to tell the attendees about the lives of eight victims of the Atlanta shooting, Soon Chung Park, Hyun Jung Grant, Suncha Kim, Yong Ae Yue, Delaina Yashley Yaun, Paul Andre Michels, Xiaojie Tan and Daoyou Feng, to celebrate their lives and grieve their premature loss. Moll also created a board with collages of pictures of the victims with their families. The board was on  display for the attendees.

One of the victims, Tan, died a day before her 50th birthday. Tan owned one of the spas where the shooting took place. Moll asked the attendees at the protest to sing a birthday song in remembrance of Tan.

Moll also used the platform to talk about the local incident of two former Keene State College students, Ndeye Khady Badiane and Tyler Dametrius Clavevlle, who were arrested by the Keene Police Department from the campus residence hall on March 16, 2020. She said, “I keep thinking about how important it is to protect women of color in my community. And I keep thinking about Khady… [who] shared her story online, …. and I keep thinking about her GoFundMe for her lawyer fees which she’s been raising for. She’s also an immigrant, and her immigration status is put in jeopardy by this lawsuit, and that on top of how devastating and traumatic, police brutality, always already is….”

By the end of March 28, Badiane’s GoFundMe raised $10,000 out of $10,000. According to the list available on the GoFundMe page, a total of 25 people donated starting noon on Sunday donating a total of  $1000 dollars to the fundraiser by the end of the day.

Moll said, “ Jamie and I when we were organizing this event, we reached out to a lot of our like, Asian community, and a lot of people weren’t ready to speak right now. And we really wanted to honor that. But we also put out a call to see if other folks wanted to speak. And I think it’s really a testament to Asian Black solidarity that we had Black organizers and Black community members reach out to us and say, we want to speak, we want to talk about how our fights are connected, we want to show up for you all, which I am so thankful for.”

The Facebook event details asked the attendees to not co-opt the terminology or signage utilized by the BLM Movement on the posters or signages. The Facebook post asked specifically not to write “Asian Lives Matter.”

Melvin explained, “In order to fight racism and white supremacy we have to fight united and we have to fight in solidarity so we don’t want to take the spotlight from the Black lives matter movement and all our Blacks like brothers and sisters are being attacked. We don’t want to take away that spotlight on them. We want to fight with them and alongside them and also just address the white supremacy in general.”

Organizers Melvin and Moll were happy with the turnout of the event. Moll said, “I saw a lot of new faces today, and saw so many AAPI, people in here that I’ve never seen before…. so it was also really amazing to see.”

Melvin added, “The fact that it’s raining and this many people showed up, it’s really heartwarming, and it shows people are willing to stand out in the rain. Racism doesn’t stop in the rain, like racism happens all the time. So it was super important for us to hold this event no matter what. Because you wanted to show that no matter what this happens, these things still happen.” 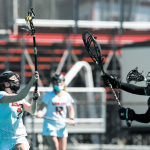 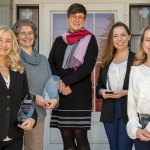