Portions of softball and baseball in quarantine

The softball and baseball teams are both on pause after positive COVID-19 cases have put portions of both teams in quarantine.

Both the baseball and softball teams had been practicing in a pod format, explained Phil Racicot, Keene State College’s Director of Athletics and Recreation, which helped stifle the spread of positive cases. However, the full team pauses are being put into place as a cautionary measure. Racicot also said that softball and baseball are not the only teams currently on pause.

“When we started off with the concept of going into pods to begin with with all the sports that just started action in February, the idea was that we could minimize the number of quarantines and affected people. But, in some cases it is still not always the perfect situation,” explained Racicot. “With baseball, initially, I think they had a pod that was a little bit larger. I think it was maybe 12 or 13, and when there was a positive in that pod, it was a pretty big chunk [of the team affected].

So then if there is a positive in another pod, now you are getting to half the team. So the best thing for us to do was just to put a pause on activities for multiple teams.”

Racicot said that the full team pauses will last until all affected teams are able to go through another week of COVID testing. Racicot explained that those who are not in quarantine or isolation right now can continue to work out on their own, however will not be able to have team practices until the testing period is complete.

“Up through the entire fall, up to the beginning of this semester, we had never had more than one positive on any team,” said Racicot. “So, when we started to see more than one on a team, that’s something that would give us the impetus to look at. Maybe… we do need to pause things until we take a little more time to evaluate and see where we are, get through another round of testing.”

Racicot also added that the over abundance of caution comes from the changing nature of what Keene State College is seeing when it comes to the spread of COVID.

“The nature of what we are seeing is also changing our mindset,” said Racicot. “Last semester, we had a set of data that said for every isolation that resulted in a number of quarantines [that] it was pretty rare that one of those quarantines became an isolation, in other words, if there’s a positive and they had 5 contacts, it was pretty rare that those 5 contacts also became positive as we saw it last semester. This semester, we’re seeing much more of that. So, the positive that results in 5 quarantines now is starting to show that a number of those quarantines are now positive. The quickest way for us to address that is to put a pause on some things, that way we’re reducing what we are doing interaction wise.”

Ken Howe, head coach of the baseball team, explained that the athletic department and coaching staffs only have so much control over their athletes.

“It was one of those things where we brought our kids back early and then as [COVID-19] started to become more prevalent around campus and off-campus and… it was hard to control,” said Howe. “I can control them at practice, I can control them as much as I possibly can, and that goes for all coaches not just me, we try to do our jobs to the best of our ability and sometimes things happen beyond our control and beyond our players’ control.”

Howe also added that he understands that mistakes are made, and those mistakes aren’t always by athletes.

“I’m not blaming anybody, I’m really not,” said Howe. “Whether it’s the player that made a mistake or the roommate that made a mistake and brought it back to a dorm room or an off-campus house, mistakes happen. They’re young kids, or young adults I should say, not kids, and we’re trying to control the situation the best we possibly can and as we move forward we will continue to do the same thing.”

The team pauses are not expected to affect baseball or softball’s game schedules, which begin in late March. 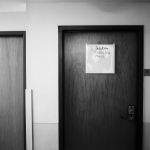