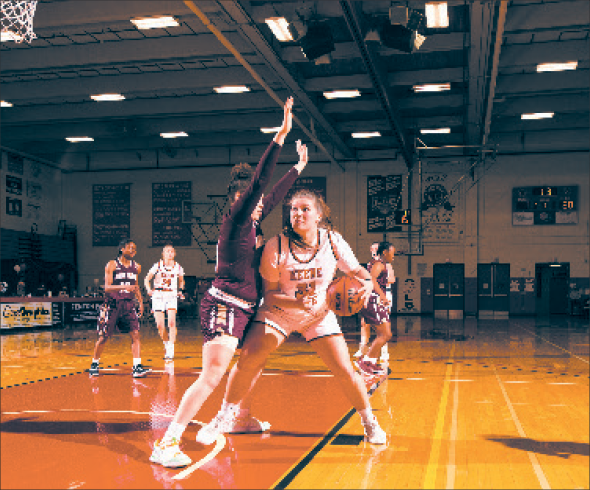 The Keene State women’s basketball team was performing on all cylinders this weekend, sweeping the two-day, non-conference doubleheader against the Norwich University Cadets.

The Owls’ success started on Saturday, March 13, when they traveled to Northfield, Vermont, to compete against the Cadets for the first time since 2015.

This matchup would end up being a game of career highs for several Owls, including first-year guard Jackie Alibrandi with 18-points, sophomore guard Arianna Hebert with 17-points and sophomore guard Michelle LaBonte with 15-points.

The Owls dominated the game from start to finish, beginning the matchup with a 3-point basket from Alibrandi. That would mark the first of her 6 clean 3-pointers throughout the game, landing her in the top performing spot for Keene at the end of the night.

The team, as a whole, would sink 18 8-point baskets throughout the matchup, marking the teams highest 3-point percentage (42%) of the season.

On Sunday, March 14, it was the Cadets turn to travel down to Keene for the second half of the doubleheader.

This game however, was much more than just a game to either of the teams.

Prior to the matchup starting Keith Boucher, head coach of the women’s basketball team, took the microphone and announced that this game would be dedicated to Rob Bennett, the women’s basketball assistant coach, who is currently dealing with health issues. Bennett’s niece, Norwich senior guard Riley Bennett, played hard against the Owls and sank the last 3-point basket of the night for either teams.

Top performers for the Owls were sophomore guard Hailey Derosia with 16-points and LaBonte with 13-points. Final score was 59-43, Owls winning.

At the very end of the game, the Owls along with Bennett’s niece gathered in the center of the court, each with their own cold Coca-Cola, Bennett’s beverage of choice, and took a celebratory drink dedicated to their assistant coach watching from home. 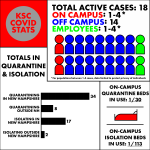