A breakout season for Hunter 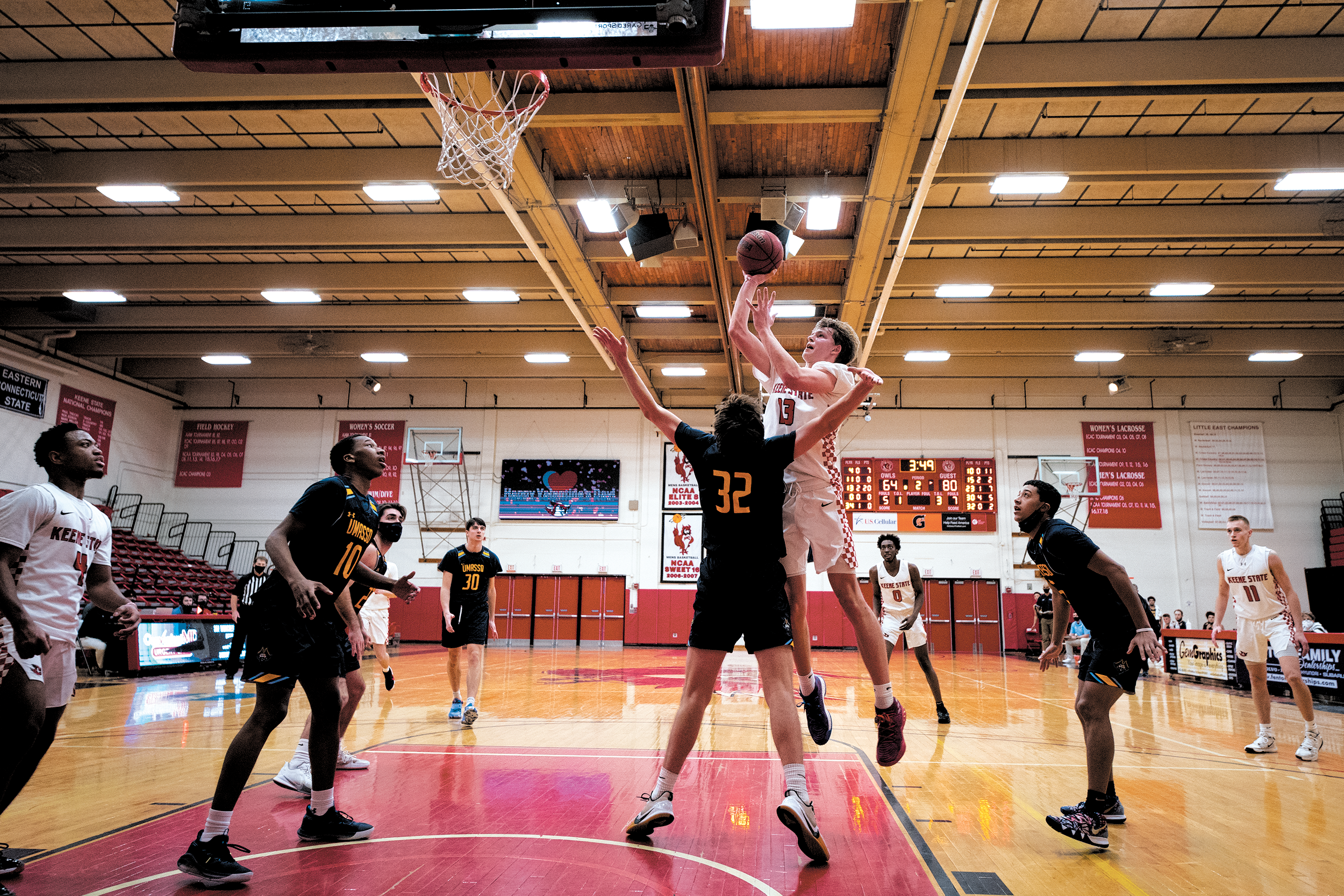 Just one year ago, Keene State College men’s basketball player Jeff Hunter was a first-year averaging ten points per game and the Owl’s men’s basketball team had more losses than wins. But, fast forward to this year; Hunter has almost doubled his scoring per game, and the Owls are back to being one of the top teams in the Little East Conference (LEC).

“At our level, I think after your freshman year, you tend to see a pretty big jump in terms of statistical impact that really good players can make if they work hard and develop,” said Ryan Cain, head coach of the Owl’s men’s basketball team. “So it’s no surprise that Jeff is seeing some of that success that you would expect to see going from freshman to sophomore year.”

Hunter currently leads the Owls in scoring and leads the entire Little East Conference in rebounding this year in his sophomore season, as he is averaging 18.8 points per game along with a whopping 14 rebounds per game through five games this season. In his first season as an Owl a year ago, he averaged 10.1 points and eight rebounds per game.

“Obviously he had a really good year last year, I think he averaged ten points and rebounds as a freshman, which are very good numbers for a freshman,” Cain said. “But he’s basically doubled both of his points and rebound numbers so far through five games in our league. I think that’s probably about where he wanted to be in all honesty, in terms of the impact statistically that he thought he could have coming into the year.”

“Expectation-wise, I kind of expected to play a lot better than I did my freshman year,” Hunter said. “A big thing that me and Coach Cain talked about last year was comparing how he was in college his freshman year to his sophomore year. He had a big jump from averaging like ten points to averaging 18 or 20. We just talked about that a lot, like what I could do to make that jump from averaging points, rebounds, just all around, all the stats.”

Both Hunter and Cain agree that work ethic and motivation were two of the main components that led to Hunter’s breakout season.

“I think he probably made the biggest commitment to basketball that he’s ever made in his life in the off-season,” Cain said. “So whether it was the strength stuff in the weight room or getting in the gym and working on his game, I think the success he’s seeing is based on his work ethic.”

“It was mostly just getting into the weight room and getting motivated to get better, and that’s really what I focused on this whole offseason was just getting a little bigger, a little stronger,” Hunter said. “Then I knew everything else would just naturally come. I could tell from the first practice we had, when I was going down a lane I could just kind of bump people a little more. That’s just all a part of work ethic and boxing out on every play and the little things. I have high expectations for myself and the coaches have high expectations for me and I’m just working to do whatever it takes to get there.”

However, for Hunter personally, the absolute biggest component that resulted in his breakout season wasn’t physical; it was mental.

“Coming into this year and taking on a bigger role, I just decided, ‘You know, I need to have confidence in myself.’” Hunter said. “That was my biggest thing: Confidence, confidence, confidence. I just want to be able to go out there and play my game the way I know how to. Last year I could’ve definitely shot more threes, but I just didn’t. I only made one, I think I shot one-for-seven last year. I’ve already put up more threes this year than I did last year, and I’ve already made more threes than I probably took last year. That’s just all confidence and working on my shot over the summer. It’s been a grind honestly.”

Consequently, while Hunter’s numbers in 2021 have been magnificent, Cain sees more improvements in Hunter this year than just his statistics.

“He’s having a lot of different impacts on the game outside of just stats as well,” Cain said. “I think he’s a good leader, he’s a great person. I think he does a really good job off the court in terms of communicating with his teammates and having strong relationships. Not every best statistical player is going to have the same ability to communicate and build relationships with their teammates the way Jeff has. Obviously we’re very young with a lot of freshmen, a lot of freshmen who are playing and having significant roles, so it’s important for those guys to have older people that they can communicate with and lean on. I think Jeff has been one of our better guys in that area that have supported those young guys through the process of having an immediate impact as a freshman.”

And Hunter’s teammates agree– he’s been a big help to them this season, both on and off the court.

“I can say my relationship with Jeff off the court is definitely a good one,” said Mason Jean-Baptiste, a first-year guard on the men’s basketball team. “We talk pretty much every day and he has become a brother to me, he has my back and he knows that I got his. On the court, Jeff makes everything so much easier, being a ‘big’ that can be put in different spots in our offense. He helps our spacing because teams know that they have to respect his shot, and that opens up lanes for us guards getting to the rim.”

Although the season is off to a great start for Hunter, he said that he is still working on improving everyday.

“I’m working everyday still, lifting to get stronger,” Hunter said. “You can never be too strong. Then I’m working a lot on my shot and just every little part of my game just to be more crisp. Obviously I planned on working on my handle over this summer and I ended up coming back with a solid handle.” 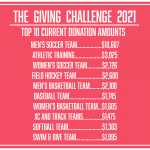 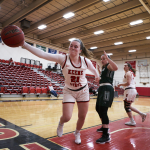