Turf gets put to the test 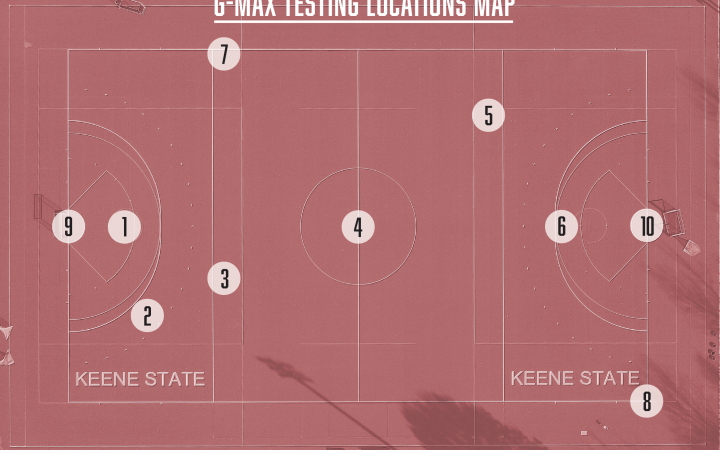 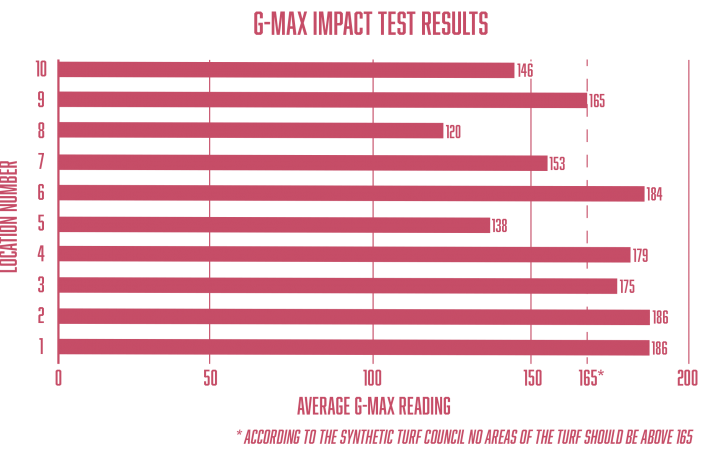 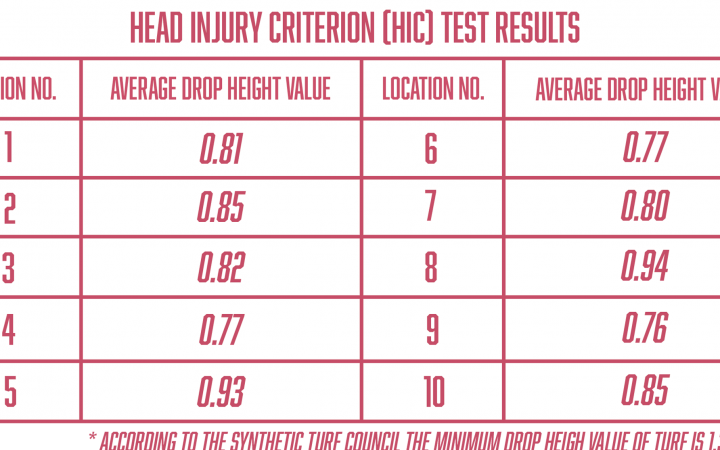 *All information above is taken directly from the Firefly Sports Testing turf evaluation sent to the Equinox by the USNH Board of Trustees.

When life gives you lemons, you do the best you can.

COVID-19 rocked college campuses all over the nation when it struck in March. Many public colleges and universities who are funded by state university systems, such as Keene State College, went through a financial freeze that paused many needed projects.

One of the most needed projects for Keene State College is a replacement turf, which was in the works to be done after the Spring 2020 sports season. However, with no funds available, the project was put in an idle state.

Without the replacement happening, the turf, which was installed in 2004, is now entering its 17th season.

“It doesn’t take a genius to understand that a turf field had a finite life cycle,” said Phil Racicot, the Director of Athletics and Recreation at Keene State College. “Typically, it’s eight to 10 years and now, by today’s industry standards, a warranty on the turf system is typically an eight- year warranty. But, the life cycle is usually around 10 [years], some places depending on the amount of use, the type of use, the climate, you might be able to stretch it to 12 [years]. We’re well beyond that at Keene and each year the technology in that industry advances as well.”

The turf underwent an evaluation in June of 2020 by Firefly Sports Testing per the request of the University System of New Hampshire Board of Trustees.

“The assessment of the field was performed at the request of the USNH Board of Trustees to determine if it was necessary to replace the turf that was installed in 2004 and is now in it’s 17th season of use,” explained Racicot in a separate email statement he gave about the evaluation.

“This assessment was requested despite the fact that the field was slated for replacement in Spring 2020 but ultimately delayed as part of a system wide spending freeze.”

The assessment evaluated the G-max impact and the head injury crierion, or HIC, of the turf field, both of which are used for determining the safety of a synthetic turf field.

The G-max impact test essentially measures how fast a dropped object stops on the turf. It is done by dropping a 20-pound flat missile three times in 10 different areas of the turf.

“No area on the field should be higher than 165 G’s [according to the] Synthetic Turf Council Guidelines,” explained Racicot in the evaluation email. “The average G-Max for the KSC Field passes the G-Max test, but barely. The average of the ten (10) test locations averaged a G-Max score of 163. It is not uncommon to have areas of the field with high G-max scores, while other areas with lower G-Max scores. The G-Max is only one benchmark at which to rate a field. G-Max is typically used in combination with HIC and/or Vertical Deformation to help determine field safety.”

The HIC test is the recognized measurement for the likelihood of a head injury and helps to determine the probability and severity a head injury. This test uses a device that measures the force at which a human head would strike the playing surface. A 10-pound hemisphere missile is dropped three times in ten locations around the turf with increasing heights.

“The Synthetic Turf Council has established a minimum drop height value of 1.3-meters. In this measure the field at KSC measures best at 0.94 which is below average and indicates an increased risk of head injury as a result of an athlete directly hitting their head on the surface,” said Racicot in the email.

The lowest drop height value on the turf for the HIC test was 0.76 in location number nine, according to the evaluation sent by the USNH Board of Trustees.

Mark Theriault, the head coach of men’s lacrosse, explained that although a new turf is needed, he does not believe the playing surface is unsafe for Keene State teams to practice and compete on.
“I think there’s some pieces of the turf that need to be replaced, one of the creases for lacrosse has a couple little pieces missing, but overall, again, we’ve had this for so long I think it’s one of those situations where it’s good enough until we get a new turf,” said Theriault.

“You know, for lacrosse the game is mostly up in the air anyway so it’s not like people are tripping all over seams of the turf all the time or anything like that. For me it’s definitely time [for a new turf] but I wouldn’t consider it in such disrepair that we can’t even use it right now.”

As for those stepping foot on the turf everyday, Brigid Casey, junior midfielder on women’s lacrosse says that she trusts that the turf is safe enough to be playing on.

“Knowing that there were little injuries that occurred on the turf, through the time I have played on it, I did not think the turf was too unsafe,” said Casey.

When asked if Racicot believed that the turf was safe, he stated that he believed it was safe to a certain degree.

“I would say it’s good for a training field; we wouldn’t be hosting an NCAA tournament game on that field if that’s what you’re asking,” said Racicot. “I mean, if we came to the end of a season and had the opportunity to bid on hosting an NCAA event on that field we would not do that. We actually don’t intend on playing games on it.”

Racicot stated in the email that the Little East Conference has been informed of the evaluation, and therefore, Keene State College spring teams are currently considering competing in neutral and alternate settings.

“I would say this, if we had football we would not be playing on that field,” said Racicot. “But due to the nature of the sports that we have, we can proceed in what we feel is a safe manner. Due to the nature of all of those sports, we felt like we could proceed in the safest manner we could proceed. And again, it’s also, you know and I say this all the time, no one is forcing anyone to do anything they don’t want to do.”

Due to the findings of the evaluation, the women’s lacrosse and field hockey teams have both introduced new headgear as a safety precaution. Women’s lacrosse will now be competing in helmets while field hockey is playing in headbands that help prevent head injury. 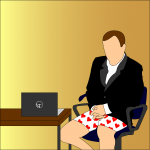