Running at her own pace

Furlong places fifth in LEC in first meet as an Owl 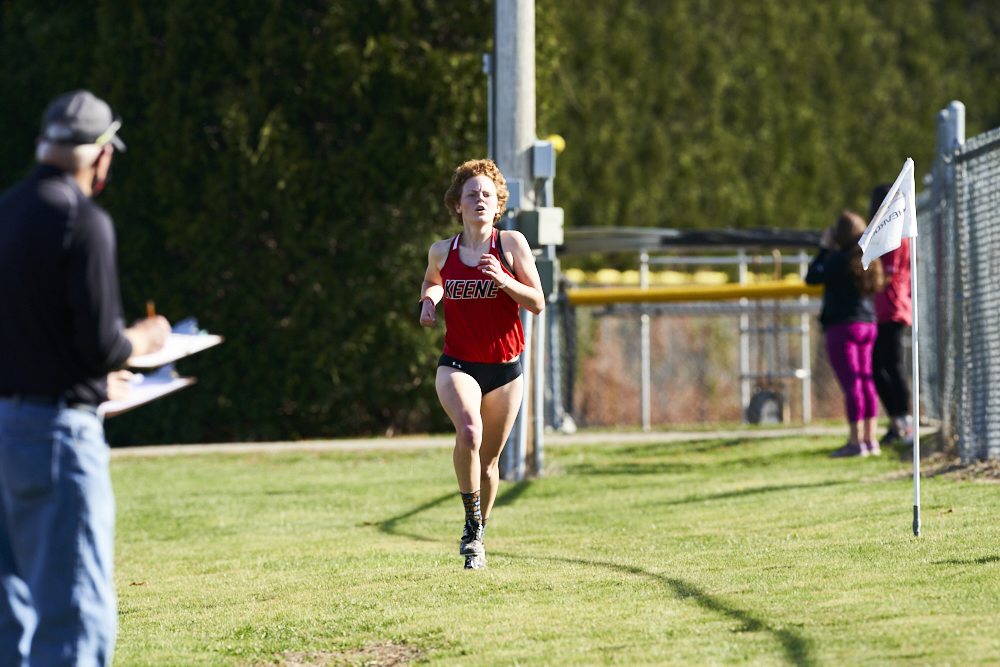 A lot of the time when you think of top-tier athletes, you might imagine someone who is super competitive, super confident and maybe even a little bit cocky. But Grace Furlong, one of the Keene State cross country team’s newest and fastest runners, isn’t really like that at all.

Furlong, who just transferred to Keene State College from the University of Hartford, an NCAA division one school, describes herself as a rather quiet, more laid-back kind of person who runs at her own pace and doesn’t try to beat any specific times.

“I’m not really a goals person; I like to hit what I’ll call ‘realistic’ goals in a sense and make an improvement through each time I compete, whether if that’s like within a second or I race with a better mentality,” Furlong said. “I like to do it that way instead of having a set time. At Hartford, I had set times in my head because my coach made us have them, and I never was able to hit them because it was just too far out.”

But even with a casual attitude, Furlong still tends to finish races up front, ending up with super competitive times. In her first official cross country meet as an Owl at the Little East Conference (LEC) virtual 5k back on November 7, Furlong finished fifth overall in the conference with a time of 20 minutes and 55 seconds.

And to make matters even better for the Owls, Furlong managed that fifth place finish with only a minimal amount of practice, as she had been recovering from injuries she sustained over the summer. Her personal best 5k time is 18 minutes and 47 seconds, which she set as a first-year at the University of Hartford. If she could have matched that time at the virtual LEC meet, she would have been the winner by almost a full minute.

Paige Mills, the head coach of the Keene State men’s and women’s cross country teams, said that even with her humble character, Furlong knows she could have done much better at the LEC virtual meet.

“She finished the race and looked at her time and laughed,” Mills said. “She wasn’t even totally dipping into her potential. But she did well considering her capacity of training with her injuries. She’s put in a lot of hard work. She biked her tail off all summer on long bike rides, cross training. She can do a lot. 20:55 is slower for her, but still phenomenal considering she hadn’t run four consecutive days in a row before that. Post meet, she’s strung together a lot of days of running and training in a row now. To be honest, it would have frightened me if she was much faster because we didn’t want her to push race pace fully. We just wanted her to have fun and scratch that itch and race.”

“Coming from D1, it was very high standards, so my time that I ran at the LEC [meet] was so much slower than what I am capable of,” Furlong said. “So it was just kind of a laugh-off. I was injured all summer, I had a hip issue, so I didn’t run at all. So I kind of laughed because it was funny and I’d rather enjoy myself than get bummed down over something that’s so easy to fix. I’ve got to put more miles in, fix it up.”

Although it may take some time, Furlong has faith that she can get back to finishing races in under 19 minutes.

“I hope I can get back to that,” Furlong said. “My freshman year at Hartford, I was injured as well, which is kind of ironic, and I didn’t run at all over that summer.

Then it took about six months for me to get back into that shape. I think it’s doable, I think once someone does it once they’re capable of doing it again, I just think it takes a lot of time and effort.”

Oddly enough, while Furlong is now working to get back to running potential race-winning times, she originally wasn’t even going to continue competing in NCAA athletics when she transferred to Keene State.

“I wasn’t actually planning on doing sports when I was going to transfer, it was just kind of a spur of the moment [decision],” Furlong said. “Because when COVID-19 hit, it was kind of like, ‘I’m living at home, what risks do I want to take?’ But going into a new school and having a team is a lot more beneficial with friends and social aspects. I’m kind of anti-social, so being forced into a team and having to be friends with people and make new friends is definitely something I want to do.”

Being a more reserved person and coming from a team that didn’t quite fit her personality or style, Furlong said that she needed a little extra push to run cross country at Keene State.

“My mom was pressuring me into doing sports again, she was like, ‘Come on, you have some potential,’” Furlong said. “I don’t give myself credit for a lot of things, so I’m always like, ‘Ah, I’m alright, I’m okay.’ But she actually reached out to my coach [Paige Mills], because when you’re in another program you’re not allowed to reach out to other coaches, it’s like a violation of NCAA D1 [rules]. Paige was super excited and super happy, and I never heard a coach so enthusiastic about a sport. My coach back at Hartford, she was more so like, ‘I’m going to burn you out until you can’t run anymore.’ So it’s just different mentality, and it almost just seemed like the right fit for me to join a team and see how it worked.”

“It made my day once I was cleared to speak with her,” Mills said. “We hit it off, had a great chat. She talked to me about the setbacks she had faced with injuries and was worried she might not be back to her peak condition, but I said [to Furlong], ‘No, we’ve got you, we have a great staff.’ I’m huge on injury prevention, so I encouraged her that it’s okay. Unfortunately, the more elite you become, the more injuries you face because you’re pushing your body harder and harder. It’s very rare to make it through four years without an injury, I had every injury in the book. But I told her to come here no matter what, I told her that we’d get her back into peak shape. On my team, I prefer people, not numbers.”

Now that Furlong is on the team, she’s happy to be practicing and competing with them, and her coaches and teammates are equally happy that she’s on the team as well.

“It’s definitely a good environment, everyone’s very nice,” Furlong said. “They kind of welcomed me, which was weird because when I was at Hartford everyone was like, ‘Let’s cut each other’s throats out, we’re going to compete until we all beat each other,’ whereas here it’s like, ‘Let’s work together and help each other with our flaws.’”

“She’s such a cool person, and really fast,” said Skyler Gauthier, one of the captains of the cross country team. “I haven’t practiced that much with her compared to Christina [Martin] and Hannah [Jones], but she’s super funny. I didn’t know we had her coming in as a transfer until I came into the season. I knew she was fast though, which was good to hear.”

“Grace is an animal, finding out she was transferring here was one of best days of last winter,” Mills said. “As a person she’s kind, humble, full of grit. She’s truly the coach’s dream. I speak for the whole team when I say to have her here, we’re thrilled and thankful. She’s a national-caliber athlete. Her 5k PR (personal record) of 18:47, that would’ve been second overall in our conference [last year]. She has so much potential, she has the ‘x’ factor and she’s willing to do whatever it takes.”

Matt Holderman can be contacted at
mholderman@kscequinox.com 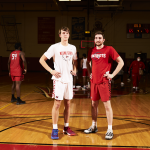 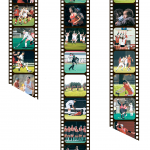