The marquee on the Colonial Theater did not light up this year for the Monadnock International Film Festival (MONIFF), but that did not stop the festival from happening.

From November 5 to the 14, the festival took on a virtual format, allowing ticket holders to view the films at their own schedule through the event website. There were over 40 films that participants could choose to watch.

Board Chair of the Monadnock International Film Festival Deirdre Fitzgerald explained that the festival is a way to bring the community together. “It is a great way to bring independent filmmakers to the region,” Fitzgerald said.

The festival included films from filmmakers all over the world, and Fitzgerald explained that this brings a sense of diversity to the city. “I think it adds to the culture and arts that the team is known for, as well as is always working to expand within the community,” Fitzgerald said.

Programming a film festival every year is always a challenge Fitzgerald said, however, a global pandemic has created an even greater challenge for her. “So in the age of COVID-19, we have to do it safely and pivot, because the pandemic shut down in person gatherings for all of the entertainment industry.” Fitzgerald explained.  “So, we needed to find a way where we could still bring the essence of the festival to the audiences that, you know, enjoy this and in the years past, and hopefully attract new audiences, and a virtual festival presented itself as the best way to do that.”

However, she explained that while the virtual festival will still be rewarding, it is a completely different experience than normal. “You get that energy, that excitement that

being in a theater with other people enjoying the same experience. You can’t really replicate that online,” she said.

The virtual experience did bring some positivity to the festival as a whole, allowing Fitzgerald to rethink the entire festival. “I think what the virtual does is it allows us to print even more content, we were a three day festival in the past,” she explained. “So there’s only so much you could program within those three days. And this allows us to expand the length of the festival to 10 days.”

One of the films, “Vinyl Nation,” explored the recent resurgence of vinyl records. “The vinyl record renaissance over the past decade has brought new fans to a classic format and transformed our idea of a record collector: younger, both male and female, multicultural,” the description of the movie reads.

Collaborating on this project was difficult at times as Boone is based in Albuquerque, N.M., and Smokler is based in San Francisco, Calif. “I know it’s the 21st century, but like, how does this work?” Smokler said. “How are we going? How are we going to make a movie or even get a movie up on its feet if we don’t live in the same place?”

Boone has experience in the film industry, but with “Vinyl Nation,” one of the difficulties for him was that it was back to square one. “I think for me it was that every independent filmmaker has worn many hats over the years, and I’ve worn literally every single one,” Boone explained. “But for this one, it was like going all the way back to the beginning again. And it was like when you make your first short film, you’re wearing lots of hats. And it was wearing all those hats, while also flying all over the country.”

“We are grateful that the MONIFF brought us to Keene, New Hampshire,” Boone explained. In the end, the resurgence of vinyl comes down to the form. “ So, it is now the dominant physical format here in the US and, and there’s just something really special about a record that CDs don’t quite have, cassettes don’t quite have. It’s just a physical manifestation of the music, when you put the needle down on the record, it is fascinating to watch it in the groove, and actually hear music come out,” explained Boone.

Although this year was virtual, Fitzgerald said that people still bought the same amount of tickets as they would if the event was in person. You can find out more about the festival at https://moniff.eventive.org/welcome. 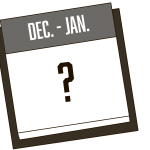 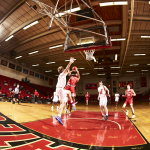