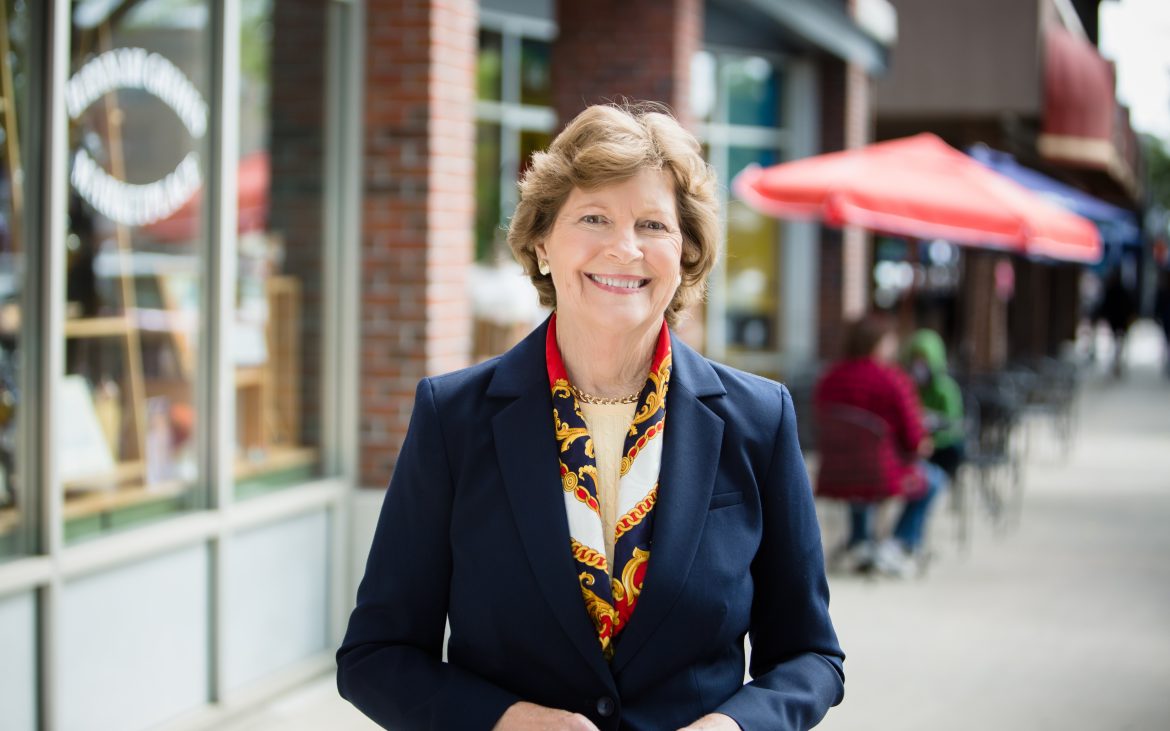 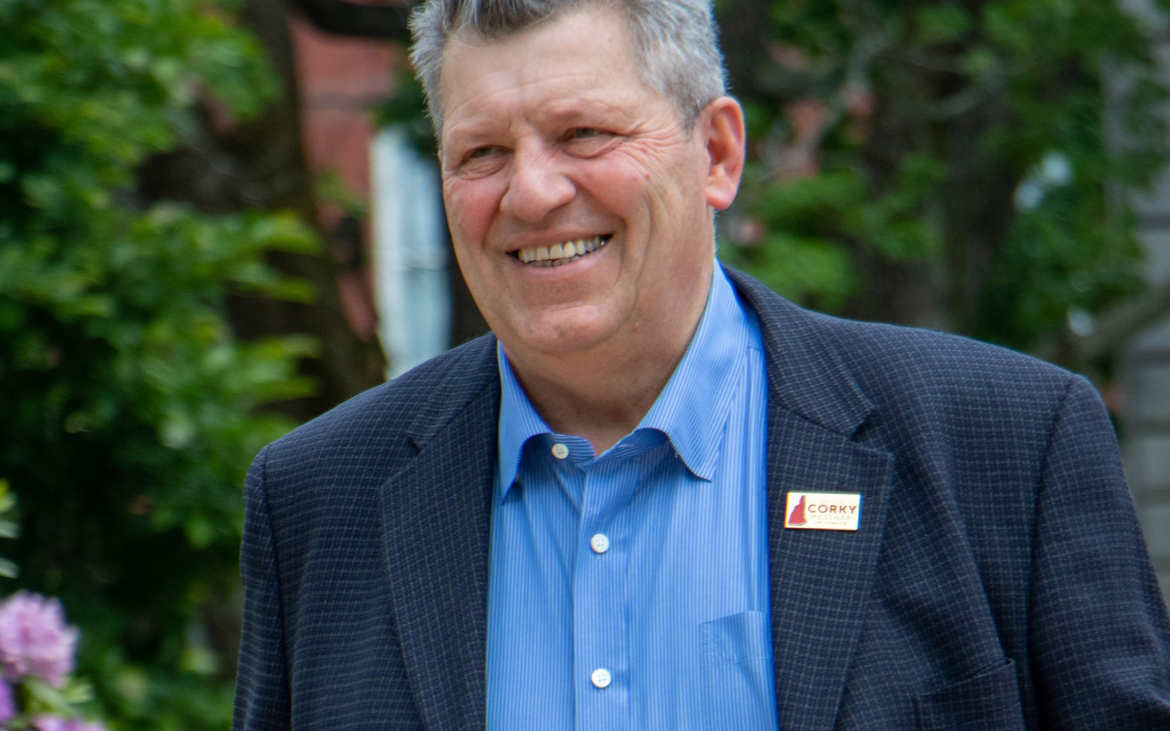 The incumbent U.S. Senator for New Hampshire Jeanne Shaheen said her main priorities headed into the election are COVID-19 and helping the economy.

“First of all we need to get another package of assistance to help with the coronavirus,” Shaheen said. “We have too many people who are still unemployed who need help. We have small businesses that need additional help to get through the winter. We have hospitals that are in real financial difficulty in New Hampshire who need help.”

The senator said she thinks the pandemic has not been handled well at the national level. She said that the country needs a national plan on how to respond to the coronavirus and consistent messaging about what people should do to stay safe. She added that more money is needed for testing and contact tracing so those who are infected can be isolated and allow everyone to continue on. “I think this administration has failed at that,” Shaheen said.

“We’ve got to get ahead of this because we can’t get our economy back, we can’t put people back to work and get our lives back to normal as long as this virus is affecting so many people,” Shaheen said. “So we’ve got to address that and we need a president with a plan and we need to provide additional help for people who are struggling.”

Shaheen said she thinks the country should invoke the Defense Production Act.

“If we fully invoke the defense production act then we’ll be able to have what we need made in America instead of relying on other countries around the world,” Shaheen said.

“We need to have targeted help for people navigating the COVID-19 situation,” Messner explained.

However, Messner said that democrats, like Shaheen, have taken the focus away from COVID-19. “I think what’s going on in Washington, DC is your typical DC politics,” Messner said, “where, you know, the democrats are asking for a lot of money for states, for help, unrelated to the COVID-19 situation. And asking for things unrelated to the COVID-19 situation.”

Shaheen added that another one of her primary concerns is healthcare.

“I’m very worried that the Supreme Court is going to overturn the affordable care act, and that means that in New Hampshire we’re gonna have tens of thousands of people who will be affected,” Shaheen said. “So addressing healthcare and the cost of that is really important.”

Contrary to this, Messner emphasized that the Supreme Court will not overturn the ACA, and that is a political tactic from the democrats to get more votes.

“It is my opinion that the Supreme Court will not will not overturn the ACA. You know, this fear mongering around Amy Coney Barrett,” Messner said.

So I want to make that clear.” He explained.

Although the pandemic made campaigning more difficult, Shaheen said she remains confident going into the election.

“We haven’t done a lot of the things we normally do like door to door campaigning,” Shaheen said. “The volunteer level is different because people are concerned about staying safe. But we feel like we’ve done everything we could to get around the state.”

Shaheen added that she is encouraged by the voting turnout so far and the amount of voters who have submitted absentee ballots. She said the upcoming election is a big deal not just for residents of New Hampshire, but also people across the country.

“We’re going to do everything we can and get the vote out and win on November 3,” Shaheen said.

Messner also remains confident going into the election. “The intensity that I’m feeling on the ground here in New Hampshire is very, very high,” Messner stated. “You know, there was a car caravan yesterday, here from Moultonborough to Wolfeboro. There were 85 cars supporting me and supporting the president. So I think turnouts are going to be significant. And, and I think that’s gonna result in the president winning New Hampshire and me defeating Jeanne Shaheen.”

Another hot button topic in the upcoming election is court packing. There have been fears that in the upcoming years, senators will pass legislation allowing the packing of the Supreme Court, which is a partisan move to manipulate the courts decisions by nominating more justices on party lines.

Messner is opposed to court packing, explaining that even the late Justice Ruth Bader Ginsberg opposed packing the courts. Senator Shaeen also opposes court packing, but explained that it is already being done in this administration.

“I don’t support packing the court, although I have to say I think that’s exactly what Mitch McConnell and Donald Trump have done,” she said. “But I don’t think expanding the number of judges on the Supreme Court is a good thing to do,” according to an interview with WMUR.

Messner also talked about protecting free speech as recently companies such as FaceBook, Google and Twitter testified to congress about censorship. “Well, free speech is a very, very important civil liberty. And, and it’s very concerning to me that it is under attack. And it’s not only under attack by the big tech companies,” Messer said.

Messner went on to explain that when companies get to determine what is free speech and what isn’t, that that is dangerous to people’s constitutional right of free speech.

Shaheen added that the participation of young voters in the election will be very important. She said that between being New Hampshire Governor and running for the senate she was the director of the Institute of Politics at the Kennedy School. At the school, Shaheen said one of the things they analyzed was the impact of student voting and how to encourage their participation. She added that in 2006 it was students who made the difference in swinging the senate from Republican to Democrat.

“[Young voting is] absolutely critical, it will make a difference,” Shaheen said. “Everything I’ve read this year is that students could be the deciding factor in this election.”

Shaheen added that voting in the election on November 3 is crucial because the future of the nation and individual citizens is dependent on the outcome.

“I think there’s a lot at stake for young people,” Shaheen said. “It’s gonna be about everybody’s future. But for young people, you’re just starting out in your life and if you have student loans, thinking about what kind of job you want, all of that is going to be affected by who gets elected.”

Messner’s message to young voters is to look at both sides and find the vision they want for America, emphasizing a stark difference in beliefs between democrats and Republicans.  “It is important that, you know, they look at the different visions that the Democrats and the Republicans have for this country,” Messner said. “The Republicans, I mean, we view individual liberty and economic freedom and small government as a way to empower young people to pursue their dreams and to pursue opportunity, And I think the Democrats’ vision is big government, and the more power the government grabs the less liberty and freedom that we have.”

He also explained how he is a political outsider, which is different from his opponent, who he calls a “career politician.” “ All [Shaeen] cares about is prolonging her political career,” Messner explained. “I am not beholden to any political party,” Messner explained. “I’m not beholden to any person, I am only going to serve to do the harder right instead of the easier rope for the people of New Hampshire, you know, and I know how to get things done.”

The general election will be held on November 3, 2020. Polling locations will be open across the state from 8 a.m to 7 p.m. For more information regarding where to vote and how to vote, visit https://ci.keene.nh.us/city-clerk/important-election-information. 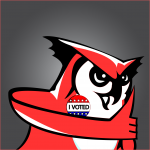