Welcoming an Owl back home 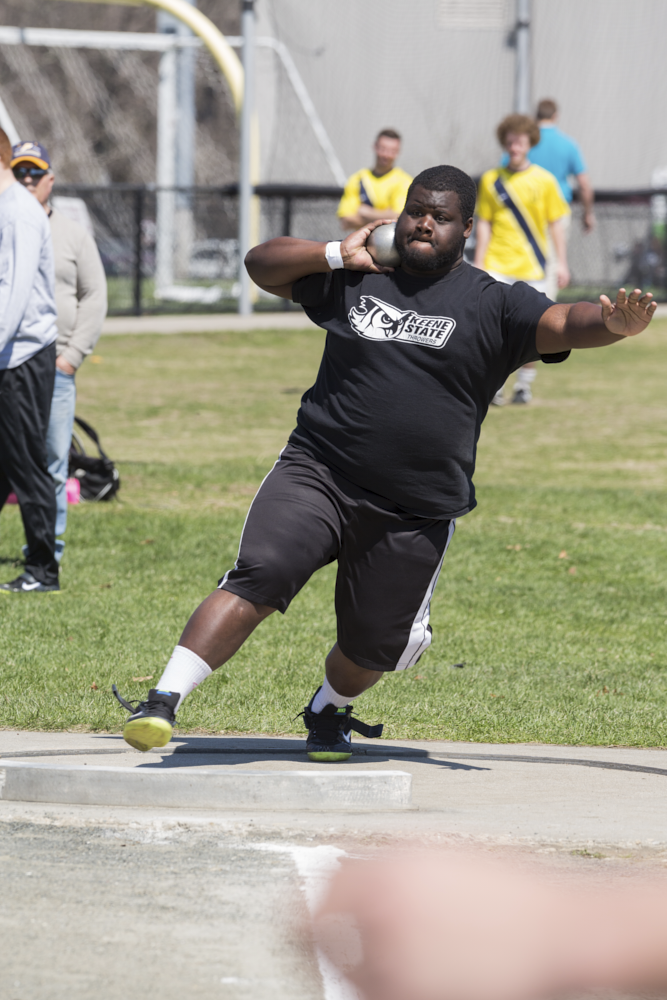 The Keene State College track and field team has a new assistant coach, and it’s a familiar face.

“It’s definitely a weird feeling, because being a former athlete, I didn’t think about ever having the opportunity to coach here,” Hill said. “It’s strange, but I’m getting used to it and definitely enjoying it.”

While Hill gets settled into his new position at Keene State, members of the athletics department are excited to have him back at the college.

“We’re excited, it’s great to have somebody of Dante’s caliber here,” said Phil Racicot, the Director of Athletics and Recreation at Keene State. “I think Paige [Mills] has a really great vision for the program and certainly bringing Dante on board, this hire fits that vision that she’s laid out. He’s experienced as a student-athlete here at Keene State, he’s a record-breaker. From what I can tell, he’s going to bring a lot of passion and energy, which Paige has as well. That’s going to obviously carry over to the team, and for me as the AD (Athletic Director) I think it’s really important because I need that to carry over to the department too. This is a real opportunity to build a program and I’m looking forward to seeing what he’s going to do.”

“It’s a dream come true to end up with Dante, that’s been a goal is building our throws program,” Mills said. “We have indoor and outdoor facilities and a history of success. Dante was one of the members of that program that broke records. We want to build a reputation in the Little East Conference and nationally, so it’s awesome to have him. We’re on the same page and we have the same vision of what we’re trying to do, so it’s perfect.”

Other than being a former Keene State athlete, another aspect that made Hill an attractive hire was the fact that he has been coaching track and field at the high school level ever since he graduated college. According to a news release written on keeneowls.com by Abe Osheyack, the Assistant Athletic Director at Keene State, Hill has turned plenty of high school students into bonafide track and field athletes over the past five years.

“For the past five years, Hill has worked as an assistant coach at his alma mater, Longmeadow High School in Longmeadow, Mass,” the release wrote. “With the Lancers, he coached a National qualifier in the shot put, 11 Western Massachusetts qualifiers in both shot put and discus, two state qualifiers, one state champion, and one New England Champion. Athletes that Hill coached at Longmeadow High School have gone on to compete at UMass Amherst, Holy Cross, Boston University, Springfield, Framingham State, Westfield State, and WPI.”

After getting a few years of high school coaching experience under his belt, Hill knew he wanted to make the move up to coaching college at some point. One day, Hill said he got a call from his former coach informing him of the opening at Keene State.

“It was my former throws coach here at Keene, John Napolitano, who told me about it,” Hill said. “He’s the throwing coach at UMass Amherst now. He just sent me a text one day, told me there was an opportunity for me to coach college and that I should think about it. I asked where it was and he said Keene. I didn’t know it was open until he gave me that info. After talking and thinking about it, I accepted and Paige sent me an email a day or two later.”

“I knew right away for my first hire that I wanted somebody I could trust and somebody who was somewhat familiar with our program,” Mills said. “Being my first hire, I was asking around and went to Coach Napolitano to see if he had recommendations. He was Dante’s coach and was a big mentor, so I reached out to John knowing he’s very connected and that I trust his word. He recommended Dante, so I reached out to him and was really excited because we’re former teammates. I asked if he’d consider working here and he was all on board. I admired his attitude, he was great. I couldn’t be more thankful. He dropped everything on a dime to come here. Just like me, I think it’s a dream for him too to coach the Owls.”

Now, with the dream of coaching for the Owls in the palm of his hands, Hill’s ready to get started, and says the goals he has in mind are simple.

“My goals are simple, I want them to get better, work more and learn more,” Hill said. “Everyone is adapting to a new situation, some of them haven’t had a throws coach before. For some, it’ll be a learning curve, but I’m mostly just about recreating a positive energy around here and getting excitement going, getting everyone on the same page and ready to work. I’m excited for everything to get going. I’m hoping we can bring this team back to being a powerhouse.”

“Moving forward, we really want to become a powerhouse program,” Mills said. “We want a conference title. We’re both hungry, so he’s going to be a perfect fit. I think we can do it, we have what it takes. We want to be competitive on a national stage and be on national podiums. We’re going to keep building our operation until we can pack two buses.” 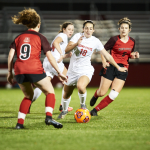 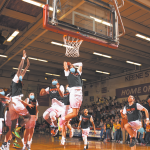