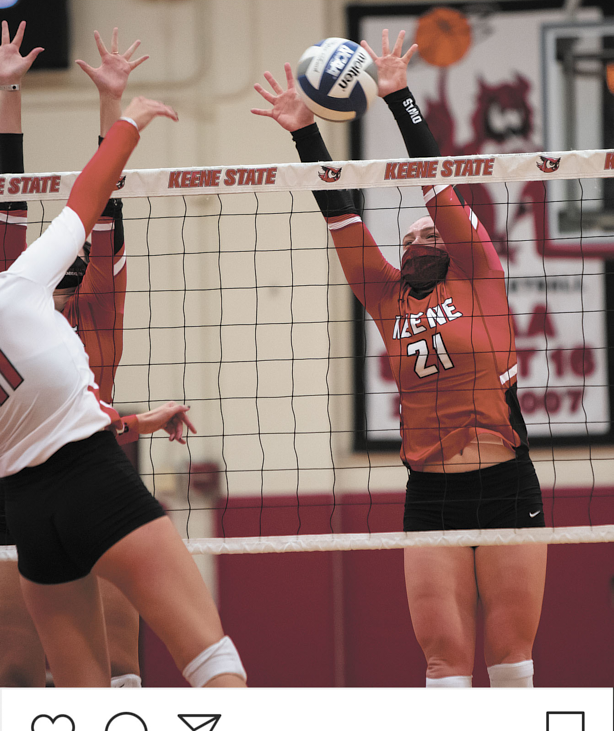 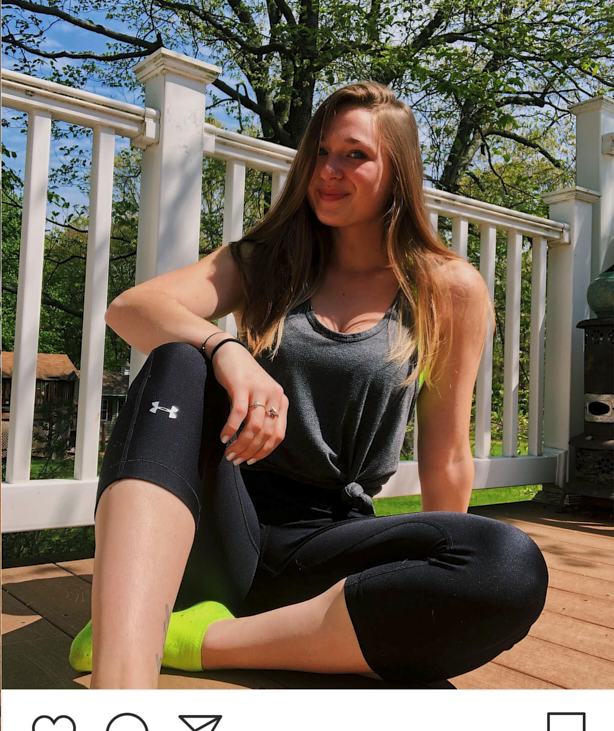 For college level student-athletes, doing exercises and activities to stay physically fit are a major part of day-to-day life. Because of this, a handful of student-athletes at Keene State College decided to take their daily exercise routines to Instagram by creating personal fitness accounts that are open to the public eye, and they’ve gained hundreds of followers.
Three KSC student-athletes who have taken this step include junior volleyball player Ali McLoughlin (@alimcloughlinfitness), senior softball player Emma Pede (@ecp.fitness) and senior field hockey player Taylor Robison (@tay_tay_fit). The three student-athletes all post videos of their workouts on their fitness Instagram accounts, putting the type of workout they are doing along with the number of sets and repetitions they did in the captions of their video posts.
Each of them had different motives for starting their accounts, whether it was personal improvement or educating others that they had in mind.
“One of my best friends told me, ‘You should just make one, kind of motivate yourself, motivate other people,’” said McLoughlin. “So I made it my freshman year of college and I always posted whatever. Now it’s evolved to where I don’t like to post a whole workout, I like to post stuff in my workout that’s specific and there’s a reason why I’m doing it. A lot of the time I’ll write in my caption something explaining the benefit of the exercise. But that’s pretty much the purpose, to motivate myself and to put out something different for other people. I like to look at videos to check my form and stuff.” 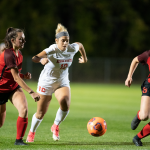