What do you get when you combine the greatest basketball player of all time with the world of racing?

Apparently, you get a new NASCAR team.

On the night of Monday, September 21, news broke online that NBA legend Michael Jordan and current NASCAR driver Denny Hamlin will be starting a new NASCAR team in 2021. Their driver will be Darrell “Bubba” Wallace Jr., NASCAR’s only African-American driver. The announcement was originally made by Hamlin on Instagram, where he wrote, “Tonight, I’m excited to announce that MJ [Michael Jordan] and I are starting a new, single car NASCAR Cup Series team for 2021. Deciding on a driver was easy – it had to be Bubba Wallace.”

Jordan has kept relatively quiet about the news on his own social media accounts, but he said in a press release from NASCAR.com Monday night that he’s excited to become an owner in the sport.

“Growing up in North Carolina, my parents would take my brothers, sisters and me to races, and I’ve been a NASCAR fan my whole life,” Jordan said. “The opportunity to own my own racing team in partnership with my friend, Denny Hamlin, and to have Bubba Wallace driving for us, is very exciting for me. Historically, NASCAR has struggled with diversity and there have been few Black owners. The timing seemed perfect as NASCAR is evolving and embracing social change more and more.

Jordan also said to a Fox Sports reporter that he’s hungry to win races when the 2021 season kicks off.

“If you’re asking me, I want to win tomorrow as soon as we get on the track,” Jordan said. “I know it is a process.”

Hamlin also said this week that his goal for the new team in 2021 will be to win races, but he knows it will be a challenge.

“We’re going to give Bubba the best possibility or chance to win in year one,” Hamlin said. “I believe he can win in the first year. But I’m also not naive to think that this is an easy business. It is hard to win.”

Wallace, who currently drives the number 43 car for Richard Petty Motorsports, said on Instagram that he’s proud to have been picked to be the driver for Jordan and Hamlin’s new team.

“This is a unique, once-in-a-lifetime opportunity that I believe is a great fit for me at this point in my career,” Wallace said. “Michael and Denny are both great competitors and are focused on building the best team they possibly can to go out and compete for race wins. I’m grateful and humbled that they believe in me and I’m super pumped to begin this adventure with them.”

Wallace has been racing full-time in NASCAR’s top series, the Cup Series, for three years now, with his career best finish coming in 2018 when he placed second in the Daytona 500. Hamlin finished third in that same race, getting beat to the finish line by Wallace by just a few inches.

Hamlin, a veteran of the sport, has collected 43 career wins since he started racing in the Cup Series in 2005. Hamlin still competes at a high level in the series to date, having won six races already in 2020, the second-most of any driver. He plans to continue racing for his current team, Joe Gibbs Racing, next season as well, which will make him the only simultaneous owner and driver in the Cup Series next year. The last time there was an owner/driver in the Cup Series was in 2016, when former NASCAR champion Tony Stewart drove his final season for his own team, Stewart-Haas Racing.

The name of Jordan and Hamlin’s new team has yet to be announced, but Hamlin said we can expect more details when the current NASCAR season nears completion.

“More details about the team will be released at a later date,” Hamlin said. “But for now, I remain focused on winning a championship for my No. 11 FedEx, Toyota, Joe Gibbs Racing team this season and in the years ahead.” 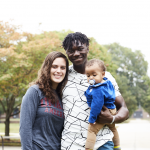