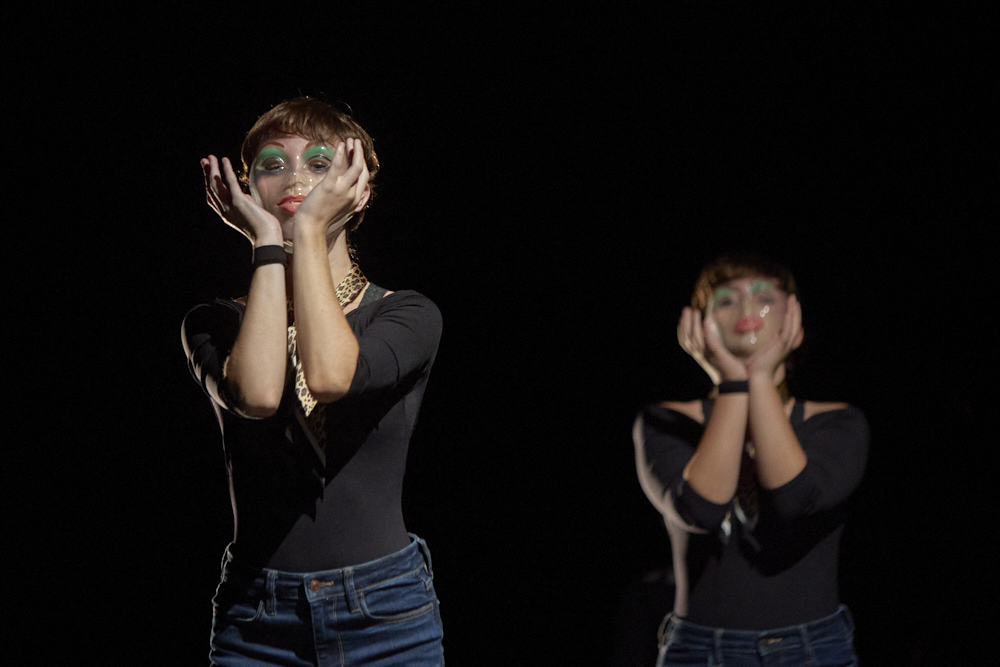 “There’s this moment, this domestic moment between these two people, ‘Brangelina’ looks at that moment in all of the ways that it might exist in time and space,” said Cynthia McLaughlin, director of this fall’s dance film, ‘Brangelina.’

“I really like to think of things being more about what we ask of it. So I think of things as questions, so rather than it being sort of set in stone, I’m really asking the questions of how we inhabit time and space and light,” McLaughlin said regarding the development of ‘Brangelina.’

The project started off as a collaboration between a lighting designer and McLaughlin, “So really thinking about light as another performer within the dance, and from that place, I started asking more questions about time and how we experience time, and thinking about different philosophies and even sort of imaginings of time.”

Though the piece is not directly related to Brad Pitt and Angelina Jolie, whose couple name in the 2000s was “Brangelina,” there was some inspiration from the couple that went into the show.

“I think it’s very much a tongue in cheek relationship to that it was a complete joke when we started that we called the dancers, Brad and Angelina, because there was a piece of music that I was using just for rehearsal music, that was called Angelina. And so we called the one character, Angelina. So then we naturally started calling the other character, Brad. And of course, Brangelina is that couple. Then I started realizing ‘No, this really is, this really makes sense with this work.’ Because there’s something about the other worldliness of Hollywood stars, and all of the things that we project on them,” McLaughlin said.

Due to the COVID-19 pandemic, Keene’s theatre and dance department has had to shift to a new way of operating. A production like ‘Brangelina’ is no different.

“COVID has affected everything,” said McLaughlin, “When we realized sort of how we would be operating this semester, I had a conversation with the dancers, and we decided that we all were still hurting from evening dance being canceled last semester. And we didn’t want to feel vulnerable in that way.”

Despite the challenge brought upon by the pandemic, McLaughlin was determined to showcase her dancer’s talent.

“I felt like I could really say, we’ll find a way to do this, no matter what, even if you’re filming yourself at home, and you send me footage, you know, I will make something I can commit to you that will make something even if we all have to leave, because we didn’t know right? How long we would end up here,” said McLaughlin.

The dancers in the show also had to follow social distancing requirements and were required to wear masks and keep a certain amount of distance between themselves.

Senior Samantha Witham performed in the film, and said, “We actually wore a nude mask underneath the large mask so it was very hard to breathe. We had to take a lot of mask breaks. We kept the nudes one on, but we took off the larger one because you cannot breathe in it. But honestly, we got used to it and then it wasn’t so bad after a while.”

Witham explained that the masks also gave a new meaning to the film, “I actually enjoyed the anonymity of it just because, I think, so often we like pick out dancers and we pick out ourselves, but in this piece, I felt like I was watching it as a whole rather than picking out specific people because we were all the same.”

The October 15 premier of the film was also socially distanced, audience members had to sit a certain distance away from each other, and had to wear masks. Nevertheless, these requirements did not take away from the film.

Another audience member, first-year Rachel Gamache explained the show is not what she expected, “It was much different than I thought. It was really cool and the creepiness was kind of intriguing actually. It was very different because I always heard about the masks and the costumes and the cool, weird moves that they would do, but I never thought it would be something like this.”

To view the full schedule of events, visit the Redfern Arts Center website. 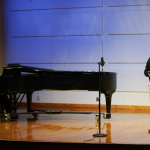