THE FACES BEHIND THE CAMERAS 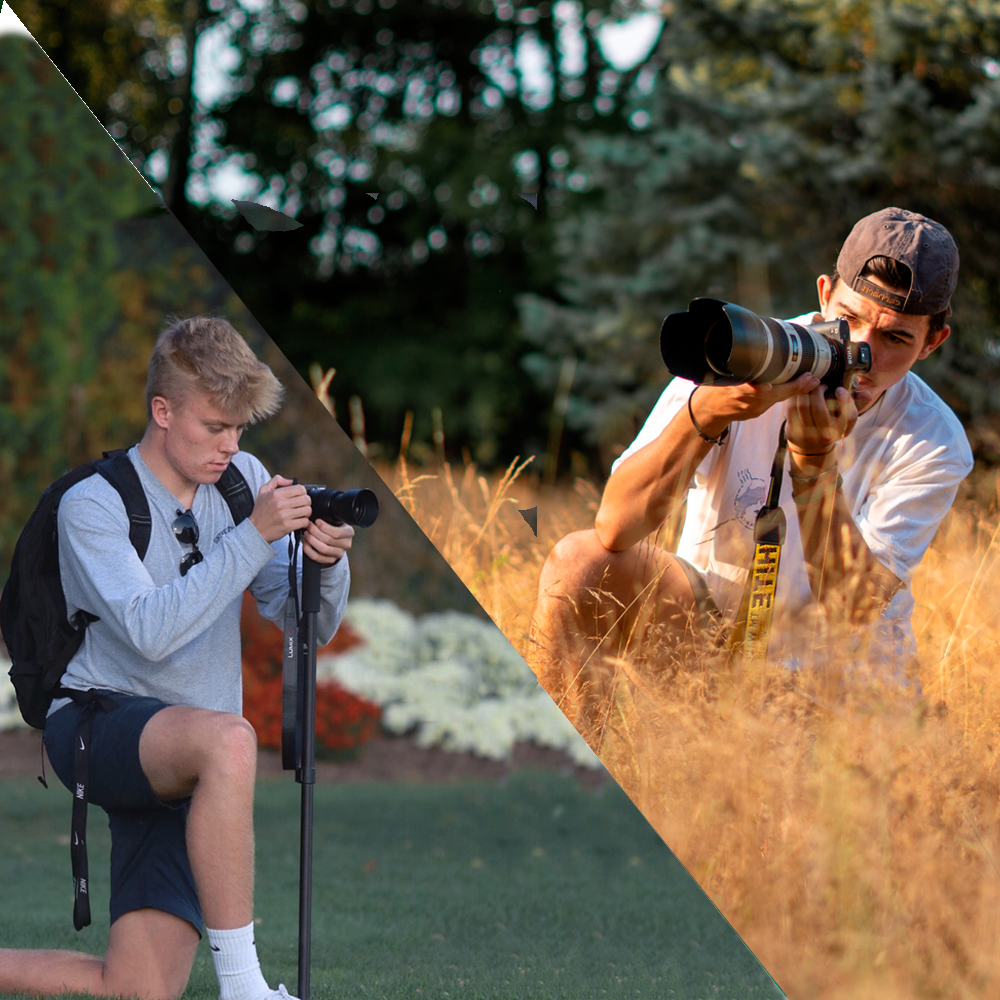 Picture this: You’re scrolling through some social media apps on your phone and you stumble upon a sports video with super cool editing, exciting background music and great picture quality. These videos are always attention-grabbing and fun to watch, but do you ever wonder who makes those videos and how they do it?

Hopkins and Fogarty are two KSC students who have the same unique interest in sports videography and have made plenty of entertaining sports edits over the past few years. The two of them both post sports highlights videos to their Instagram accounts, @hopkinsproductions and @patrick_fogarty_, including videos of the KSC men’s basketball and men’s lacrosse teams.

Although the two are very passionate about sports videography, neither of them discovered their love for the art until recently, just a few short years ago.

“I started making videos my senior year of high school, just two years ago…” said Hopkins. “I saw a bunch of social media accounts on Instagram where there were high schools with their own videographers and they would post to their pages for all of Massachusetts to see. As soon as I saw that, I got my own camera and started filming my high school’s soccer games and making edits on my phone.”

“I started doing videography last May. I haven’t even been doing it for long,” said Fogarty. “During the summer, my friends and I wanted to make funny videos, so we started walking around with a camera filming funny things. I started editing the videos and when I wanted to add something cool, I would look up how to do it and slowly I started getting super into all that. Eventually, I got really into the cinematic style of video and just dove into it. Even to this day I still am learning new effects and frame rates, apertures, you name it.”

With Hopkins’ hometown being right here in Keene, N.H. and Fogarty’s hometown being all the way up in Auburn, Maine, about 40 minutes north of Portland, the two had very different paths that led them to KSC.

“I’m from Keene, but I originally didn’t apply to KSC,” Hopkins said. “I was originally going to go to the University of Rhode Island, but some issues popped up last minute. So I applied to KSC a week into classes and got accepted within an hour, long story short.”

“I was taking a gap year after high school and taking regular classes at community college figuring out what to do and where I wanted to be,” said Fogarty. “I found out about Keene because one of my hometown best friends went there. I took a trip to visit him here and I absolutely loved it; I wanted to go here. So I did the application, transferred credits, picked a major and was in.”

Ever since being at KSC, both Hopkins and Fogarty spent a lot of their free time learning about how they could improve as videographers, and say they’re still learning every day.

“Seeing other people’s videos is really how I learned how to make some of mine,” said Hopkins. “I’ll watch certain videos and take small details and try to apply it to the stuff that I have. That’s how I picked up a lot of what I know, I taught myself for the most part.”

“I would say most of my stuff is self-taught,” Fogarty said as well. “I would learn things just by when I wanted to do something or when I was inspired by a movie, I would try to find it online, like how to do what I was thinking. I pretty much taught myself all the editing software on Final Cut. But most of the stuff is online or on YouTube, and then it’s just watching it and figuring it out. Also, from Keene State I learned a lot more story-based stuff in film analysis. I took a few film classes along with other credits.”

Aside from using their cameras and other filming equipment, one of the most challenging, yet fun, elements of video making for Hopkins and Fogarty is editing all of their footage together. Hopkins and Fogarty both said that making even just a short, one minute-long video can sometimes take hours of editing time.

“Once everything is on my computer, it could range from two to five hours,” said Hopkins about his edits. “It sort of depends on what I’m going for and how fast I’m using the software. The pace of the video that I’m going for also determines how long it takes me. My last video I posted was a collection of everything from my freshman year. When I make videos like that where I’m using content from many different shoots, that takes much longer, like five to ten hours.”

“I would say, collectively, I won’t sit and do it all in one go,” said Fogarty. “But, my edits take me somewhere between four and seven hours. Sometimes I’ll be messing around with a clip that’s ten seconds long, but I’ll have to key frame it and transform it, change colors, layer it up and that could be upwards of an hour on just that 10 second clip. I also have to think about syncing the audio with the cuts and syncing video with music. I’m very particular with it all. That’s probably part of the reason it takes me so long is being a perfectionist.”

Aside from editing, another very different challenge that the two videographers are facing right now is a lack of sporting events to get footage of due to COVID-19. Since the pandemic caused Keene State to go remote back in March, Hopkins and Fogarty approached the circumstance in different ways.

“Honestly ever since we left school in the spring, I took a little bit of a break,” said Hopkins. “I kind of paused and was just working, but now I’m getting back into it.”

“With that challenge, I’m trying to keep myself busy,” said Fogarty. “In the last year I’ve picked up skateboarding, and that’s a perfect thing to film. I filmed myself skateboarding, and all the shots I get I have to pre-plan and make sure I’m in frame because I’m a one man crew.”

Now, with classes currently back in person at Keene State, Hopkins and Fogarty are each on their own paths with videography, and have exciting things planned for the future.

“As far as right now goes, I’m just planning on doing the same kind of edits I did last year, but working with the school’s athletics program a bit closer,” Hopkins said. “This time hopefully I’ll have access to more things at practice and go behind the scenes and get shots I wasn’t able to get last year.”

“A friend of mine recently reached out to somebody he knows who does a lot with fly fishing, and so we’ve started working on a documentary about fly fishing in Maine and the story behind it, how they deal with cold weather and just what it’s all about,” Fogarty said. “We reached out to a few popular fly fishing pages and got in contact with some of their guys. I’m hoping to do this all in an eight episode docu-series. Documentaries are my end goal in life. All this freelance work I do right now is just how I make money. But in the future, I just want to make independent documentary films.”

Hopkins and Fogarty can be contacted via Instagram, or via their emails: rowenhopkins@gmail.com and patrickfproductions@gmail.com. 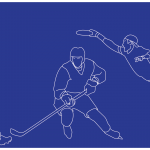 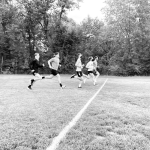