Director of Campus Life and Student Government Advisor Jen Ferrell updated the student government about new changes in the Keene Dining Services. She said that Jackie Romito-Carey who worked as the General Manager for the Dining Services has left the campus. Bonnie Blanchard who has been working with the dining services for a long time as the HR manager has stepped up for the position of Interim General Manager, according to Ferrell.
She mentioned that there has been a lot of personnel shifting going on in the dining services.
Ferrell also asked the student leaders to promote other student organizations’ events on campus since it is hard for students to find out what is happening on campus right now.
Student Body President Davis Bernstein informed the assembly that Interim Provost & VP of Academic Affairs Ockle Johnson will be meeting the student government next Tuesday to discuss students’ relationships with their academic advisors with an aim to make it better.
Bernstein also mentioned President Melinda Treadwell’s email about voting from campus. He said the voting dates are September 30, October 1, October 7 and October 8. Bernstein encouraged the student leaders to volunteer on the days of election.
Bernstein also went through the protocols and code of conduct in the assembly.
Student Body Vice-President Caitlin McCracken informed the assembly that Pumpkin Lobotomy will take place on October 24 this year.
Treasurer of Student Assembly Jack Hanson updated the assembly about the first finance committee meeting that happened on September 21 at 6 p.m.. Hanson mentioned to the assembly that the student newspaper, the Equinox, is the only student organization with a budget this year. He also informed the assembly about the financial decisions that the committee made on Monday night.

The Student Assembly meets every Tuesday at 6:30 p.m. 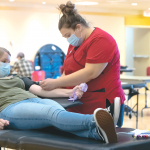 Donating blood differently Previous
An unconventional year for students Next 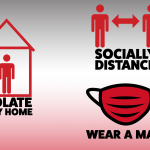