On July 28, students, athletes and faculty members at Keene State College woke up to a press release titled “An Update On Keene State College Athletics” posted on keeneowls.com. The release shared the unfortunate news that the Little East Conference (LEC) Presidents Council had unanimously voted in favor of cancelling regular season competition and championships for 2020 LEC fall sports due to the COVID-19 pandemic.

For everyone at Keene State College, this meant that for the first time in school history, there would be no soccer games, volleyball matches, field hockey competition or any fall sport of any kind taking place on or off campus in the upcoming semester.

“This difficult decision, one we know is heart-breaking for our student-athletes, was arrived at following months of weekly planning meetings by the LEC Athletic Directors Council, which sought to find a path that led to a full return of intercollegiate competition that was safe for each member of our campus communities,” the keeneowls.com press release detailed. “This was done in consultation with state and institution health officials and epidemiologists, the LEC athletic trainers, numerous campus task forces and working groups, and in consideration of recommended health and safety guidelines from the CDC and NCAA.”

Student-athletes, coaches and all members of the Keene State athletics family found the news heart-breaking.

“I think my first reaction definitely was I was just sad,” said Nina Bruno, a senior forward and captain on the Keene State College field hockey team. “We worked hard for three years and this was finally our year. And it’s not even sad for one person, it’s really sad for all of us, especially seniors. That’s who I thought about the most was our seniors. It stinks.”

However, due to the persistence of the coronavirus outbreak in America over the summer months, not many were surprised by the council’s decision.

“When the word really got out in a big way, we had kind of known for a while,” said Amy Watson, head coach of the Keene State College field hockey team. “We had been sort of talking about the reality of this happening for a good part of the summer,” Watson said, “but it definitely was a huge disappointment.”

“To be honest, most of us saw it coming,” said Rick Scott, head coach of the Keene State men’s soccer team. “The LEC was one of the last conferences pulling out, but we watched different schools dropping out every week, different schools all over New England, division one, two and three. So when we got word it didn’t surprise me at all, and I don’t think it surprised our athletes.”

Phil Racicot, the Director of Athletics and Recreation at Keene State, said the Little East Conference council members and athletic directors held onto hope of having fall sports seasons for as long as they could, but as they watched other conferences across America cancel their fall seasons, it became evident that they would have to go down that path too.

“Ultimately, as the summer progressed and as things changed nationally with either the NCAA or regionally, we started to see conference after conference kind of fall like dominoes” Racicot said. “There are just over 400 universities in the NCAA’s division three, and at one point schools in New England were the first ones who said, ‘Okay, we’re out.’ The LEC was really one of the last. We encompass about six states, so you have to figure out all the state regulations within working together and then individual schools regulations. Then the reality of needing COVID-19 testing to keep people safe and healthy, that really played into it. Our president [Melinda Treadwell], she was very clear that we had a minimum level of testing that schools would have to meet in order for us to think about competing with them.”

Along with Keene State’s COVID-19 testing protocols, the NCAA set a new mandate in August saying that in order to participate in fall athletics student-athletes would have to be tested for COVID-19 once a week as well as within 72 hours of any games in which they would intend to compete. These testing protocols, combined with multiple different state guidelines, further decreased the likelihood of many LEC teams being able to play against each other during the fall semester.

“There were a number of factors involved in the decision to cancel, one of which being that even though we worked really hard to agree on what the minimum protocols would be, it was pretty obvious that based on circumstances and situations on various campuses that they wouldn’t be able to compete,” Racicot said. “For example, we knew UMass Boston wouldn’t be able to compete. We knew early on that they were going totally remote and they weren’t going to do anything athletically. University of Southern Maine was not far behind with situations they have, such as significant state travel restrictions and things of that nature that would preclude them. The state of Vermont where Castleton University is located had a different approach. Then there were some questions about what Eastern and Western Connecticut State could do from testing, UMass Dartmouth too. We couldn’t firmly say every school was going to commit to this level of testing at this time.”

Now, as Keene State student-athletes enter into the fall semester without their sports, plenty of members of the KSC athletics department believe that the overall mental health of those student-athletes will be important to keep track of.

“The thing that concerns me probably the most is that for these student-athletes, this has been their identity,” said Racicot. “It’s been a huge part of their identity for their entire life, and now they’re going into a situation where it’s not going to be that fully formed identity that they’re used to. So I think we’re going to have to pay special care and attention to those things.”

“I kind of worry about the new players like the freshmen coming in, because usually we count on the pre-season weeks to get everybody bonded and start forming some chemistry with the team, but they’re kind of out on their own now,” Watson said. “I’ve just tried being as honest as possible in relaying to my team everything I know when I know it, and letting them feel the emotions they’re feeling and just trying to talk about it and trying to reassure them that we’re going to do the best we can to give them the best experience that we possibly can given the issues we’re dealing with.”

“As seniors, I think our mentality is going to be very important and how we interpret our mentality,” said Bruno. “How it comes off to the rest of our team is going to be really important. So if we are negative nelly’s and if we are like, ‘Meh, this stinks, we’re not playing games,’ they’re going to act the same way. So if we’re positive, if we’re cracking up and having a good time, everyone will get into it.”

“We’ve had a bunch of meetings, Zoom meetings,” said Watson. “I’ve met with the team as a whole, I’ve met with seniors, I’ve met with captains. We’re kind of communicating that way, and obviously a lot of texting back and forth. I think there’s this sort of spectrum that they all kind of ride on, being like, ‘Okay, yea, it totally stinks, it’s awful, but at least we’re back on campus, at least we get to practice.’ I think they’re very disappointed, but at the same time they’re also trying to see the positive parts of it.”

Scott explained that his four captains have kept his team positive.

“When you stop and think about it, you realize that they could have very easily thrown in the towel and said, ‘What’s the point?’,” explained Scott. “But Isaiah Lovering, Connor Downey, Yusufu Juma and Benny Tamzarian, they’ve been awesome and active as captains. They’re not just like, ‘Hey, there’s no light at the end of the tunnel.’ They’re still leading the team through this, even though they may never play another game again. I’m really proud of them.”

Although the decision to cancel fall sports was a difficult one to make, Racicot and other members of the Keene State athletics department said it was made in the best interest of the health and safety of everybody at Keene State College, as well as their families.

“This is not everything we wanted to do this time of year, we should be doing pre-season,” Racicot said. “But knowing how things were going to unfold this fall, we did the next best thing that we could do.”

“I think it was a damned if you do, damned if you don’t situation,” said Watson. “If they did it, of course everybody’s disappointed, but if they didn’t do it, everybody would kind of just be waiting and wondering when it’s going to fall apart. So I get that they had to make a decision, I think we all understand.”

“I most definitely think they made the right decision,” said Scott. “Look at the big picture, there’s a lot going on in the country because of COVID-19. We’ve got to take care of everybody’s health, not just athletics. You’ve got families, siblings, aunts, uncles, nobody’s immune to it. You have to protect all of those people. If taking sports out the equation helps, they made the right decision. It’s bigger than college sports.” 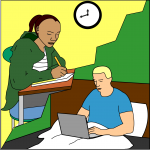 Online learning ‘isn’t worth my time or money’ Previous
Keene State College Looking into Scrimmages During the... Next