Keene State College was awarded multiple honors including ninth best regional college for 2021, according to the U.S. News and World Report.

Keene State received a total of six rankings including third in best college for veterans, sixth in best undergraduate teaching and sixth in top public schools. In these rankings, Keene was pitted against other colleges in the north region of the country. According to the Keene State College website, regional colleges in the north are located in Maine, New Hampshire, Vermont, New York, Pennsylvania, Massachusetts, Connecticut, New Jersey, Delaware, Rhode Island and Maryland.

Keene State President Melinda Treadwell said she was pleased with the rankings, but she thinks Keene could do better if it was a more well-known school.

“We have an incredible school,” Treadwell said. “Our students help shape it. We aren’t known broadly enough and I’m working on that. I’m excited we are being recognized all across the northeast. It’s like we are our own best kept secret because we don’t brag enough.”

According to the U.S. News and World Report website, schools are ranked according to their performance across a set of widely accepted indicators of excellence. The website also states that nonacademic aspects of college such as social life and athletics are not factored in. The data used to determine the rankings pertains to Fall of 2019 and earlier, meaning that the data and rankings do not represent college life amid the COVID-19 pandemic.

In addition to the high marks Keene State received, the college was given an overall score of 43 out of 100. The way this scoring works is that the top performer in the ranking receives a 100 on a 0-100 scale, and a school’s overall score is determined by its distance from the top-performing school in its ranking. The top school in Keene State’s ranking was the United States Coast Guard Academy in New London, Connecticut. This school received an overall score of 100, so Keene State’s score is reflective of its overall distance from the college in a variety of different categories.

You can find the full results regarding Keene State’s rankings here: 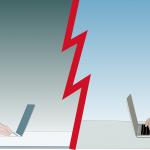