Keene State College Looking into Scrimmages During the Fall Semester

After the Little East Conference (LEC) announced the cancellation of fall sports back in late July, coaches and other members of the Keene State College athletics department immediately began looking into solutions that would allow the Keene State’s fall sports teams to play competitive games in some way, shape or form during the academic year.

Now, after weeks of planning, the athletics department has found ways to still possibly play games this semester through guidelines set by the National Collegiate Athletic Association (NCAA). The one drawback, however, is that everything will have to go perfectly, to a tee, if teams are indeed going to hit the fields this semester.

Earlier in August, the NCAA issued version 3.0 of their guidelines on how fall sports teams could safely return to play. Although the fall sports seasons and championships were already officially cancelled for a majority of conferences at that point, the NCAA’s guidelines detailed a plan that schools could follow to safely return to competition if they chose to do so. After plenty of careful consideration, the Keene State athletics department determined that this return-to-play plan was one that they could, and would, choose to safely follow.

Director of Athletics and Recreation at Keene State Phil Racicot recently explained what that plan was and how Keene State was going to follow it. He also detailed how often student-athletes would have to be tested for COVID-19 in order to compete in games with other student-athletes.

“The NCAA established a medical advisory board early on and this was the process that, in order to do this, we’re all following,” Racicot said. “They mandated that if you do intend to compete, the COVID-19 testing window is, at a minimum, weekly and within 72 hours of competing. A lot of schools said, ‘We’re out on that.’ [With] Keene State, one hundred percent of what they have done has been with the safety of the students in mind. With a lot of schools, either the cost of it they didn’t want to incur or couldn’t incur, or the logistics of figuring out how to do this. But we tackled it. And we did it at the system level, so it’s not just Keene State doing things like this; it was also Plymouth State University, and even the University of New Hampshire.”

Along with the weekly COVID-19 testing, the NCAA guidelines also include a step-by-step plan that will eventually lead up to athletic teams returning to competitive gameplay. Racicot explained that Keene State athletics are currently about one week away, if not less, from being able to begin the first step, known as ‘the gating period.’

“There’s a two week gating period where when you bring students back to campus you get them in the overall student testing protocol,” Racicot said. “You’re re-socializing them into sports, but not doing it fully. Students can do some individual workouts; they can workout maybe in groups of three, but they wouldn’t have full-fledged practices or team meetings. That way it’s a more manageable environment and the risks are lower. With the campus-wide decision to adjust the move-in times and dates, we’ve now had to slide and adjust our calendar accordingly. So we’ll start that process hopefully around August 31.”

Next, if all were to go well during the gating period, and no student-athletes test positive for COVID-19, the KSC athletics department would move onto the next phase, which brings bigger groups together.

“The next phase would be phase one that starts two weeks later, so we’d be into around September 14,” Racicot said. “In phase one we can start to expand the circle a little bit, reacclimating to sport. Those pods of three athletes training together that we had set up in each sport could now work together in maybe three pods of three, with one coach. So then we have ten people, no more than ten for about a two week period.”

After phase one, just as with the gating period, if all goes well and all of the student-athletes and coaches are still healthy, they would then be able to return to semi-normal practicing, which takes place in phase two.

“So we do phase one for two weeks and then, if that goes well, we get to the next phase: phase two, which basically allows us to have more of what you would normally see at a practice,” Racicot said. “You’re bringing your team together because you’ve had time to be acclimated, you’ve had time for a series of tests to be evaluated. At that point, we’d be ready for more of a full practice, full engagement. And then we would also be, into October, considering the possibility of some limited amount of competition with some fellow LEC members who we know are going to meet the same protocols.”

After hearing about the plans of possibly returning to competition later in the fall semester, KSC student-athletes and coaches were on board immediately, but were well aware of the fact that everything has to go perfect, in order for the games to happen.

“I definitely don’t see why not in October or even possibly early November, weather permitting,” said Rick Scott, head coach of the Keene State men’s soccer team. “I’ve been talking to a lot of different coaches about possibly setting up some games. But here’s the thing: any team we play, their protocols and guidelines at their school have to be as good as ours, and we have our guidelines set strictly, as they should be. So, hopefully, we can find enough teams where we can maybe play six or seven games or scrimmages.”

“Who knows, getting to the scrimmage point is so far out from where we’re starting right now that anything can happen,” said Taylor Robison, a senior defender on the Keene State field hockey team. “But I really, really hope we can play somehow. We’ve talked about doing even a Keene vs. Keene scrimmage as like our senior day kind of thing. Just something like that to hold onto would be awesome. But it all depends on if we can stay on campus and if classes are going to be in person themselves.”

With the possibility of playing games in sight, Racicot and the fall sports coaches have planned ahead and already know who a few potential opponents could be.

“Obviously Plymouth State for us makes a ton of sense, so we’ve had those discussions,” said Racicot. “We’ve had some discussions with other New Hampshire universities. I’ve talked to other New Hampshire athletic directors that aren’t in the LEC about where they are with testing and things. So, it’s all over the map that way, but again, we’re not going to do anything that puts our students at risk and puts campus in jeopardy.”

Along with Plymouth State and other universities in New Hampshire, Racicot says that Rhode Island College, a fellow Little East Conference (LEC) school, could also be a potential opponent.

“Rhode Island College, their president, Dr. Sanchez, is the chair of the athletic committee in the [LEC], and he himself is a former student-athlete, so he really understands it,” Racicot said. “He and President Treadwell have worked well together all summer. And the state of Rhode Island, they have taken a very measured and guided approach, and institutionally they have been fully committed to the level of testing for students and student-athletes to remain safe. So they are definitely within that conversation of schools that we would be able to potentially compete with. The athletic director there, Don Tencher, has been fully on board, working toward that goal as well, and at Plymouth it’s the same thing. So it’s an open dialogue. But there’s still just so many questions. I’d like to be able to say, ‘Hey, October 15 we’re playing these guys,’ but we’re not quite there yet.”

However, while members of the Keene State athletics department have lined up a list of possible opponents, there are still issues that would have to be worked out, even if competing against one another becomes a possibility.

“The next thing to think about is travel,” said Scott. “I don’t know the protocols on that, or the protocols for buses. I do know that when we get on a bus, before we get on I have to make sure the kids get a bite to eat, because there’s no food allowed on the buses. So we’ve got that challenge. Then once we get to the other team’s field, we would walk from the bus straight to the field; No locker rooms, nothing. Then after the game we would walk straight from the field to the bus. And that’s all made even tougher if we’re 90 minutes away from Keene or something like that. That would be tough on our guys to have nothing to eat. So there’s stuff we’d have to do to make it work, but we know that every coach is ready to do what they have to so our kids can play, because it would mean a lot to them.”

“There are so many questions about traveling,” said Racicot. “Normally, you take one bus for a game; well now you might need to take two. Even the availability of transportation has become very challenging. And there’s a lot of budgetary concerns out there. Every school that we compete with, most schools are in similar situations. This has cost some real budgetary implications. That also plays into it, sadly.”

But while there are still questions and concerns that would need to be answered before teams are able to compete against each other, some questions have already been answered, along the lines of: mask wearing, social distancing and allowing fans to be at the games.

“Those things matter; coaches will be wearing masks,” Racicot said. “If you’re a player and you’re on the sideline and you’re not in the game, then you’re wearing a mask. The only time you’re really probably not is when you’re physically engaged in the activity.”

“It’ll clearly look a lot different if we’re going to play these games, which we plan to. We’re not likely to have very many spectators. It might just be within the student-athlete population, or within the student and staff population, because we know we’ve been screening and testing those folks the entire time. But not the outside community; probably not mom and dad or grandpa, you know? It’s going to be different.”

With all of the planning in motion, and with everything still uncertain, Scott says there is one thing in this whole situation that is absolutely certain.

“Our staff has been unbelievable. They’ve gone above and beyond and have just been so helpful; they work so hard,” Scott said. “Let me tell you, Phil has more on his plate than ever. His job doesn’t end at five o’clock every day. It’s not that simple. So have all of our workers within our department and gym; they’ve been really, really helpful. They’ve been bending over backwards to make sure it all works: paperwork, testing, you name it. But we’ve had great leadership there; they’ve made the situation better.” 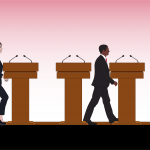