“Betsy Robin” written by Keene State Alumni Zachary Benton, under the pseudonym Zach Melodious, and illustrated by Mariah King is a science-fantasy children’s story written last Thanksgiving. Zach graduated in 2010 and has written one other book called “Atticus the Elf.” He provided some information on the story himself.

Melodious said “I wrote the book because I love to entertain and create! I wrote the book to tell a nice, science-fantasy story that people of all-ages would enjoy. I am proud of my work, whether it’s a song, a film or a book I’ve created. I believe every time you create and share to the world, you have the power to put a positive dent in culture.”

“For Keene State, I hope the book shows the type of creative talent that the college fosters. I was an American studies student and winner of the Robin Dizard Award as a senior and my writing was refined at Keene State by my professors and my own hard work.”

Mariah King, the illustrator of the story, has worked with Melodious on his previous book and is a close friend of his.

King says, “I’m incredibly proud of the books I’ve made with Zach so far, and I look forward to working with him in the future. As for the illustrations for this book, it took me a little over a month to complete the 27 pages.”

“He reached out to me back in 2018 for that first book and ever since we have worked together on collaborations. So I would say this project is more personal.”

“Betsy Robin” is available for preorder on Amazon and will be officially available on October 1st.

Harrison Paletta can be reached at: 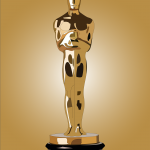