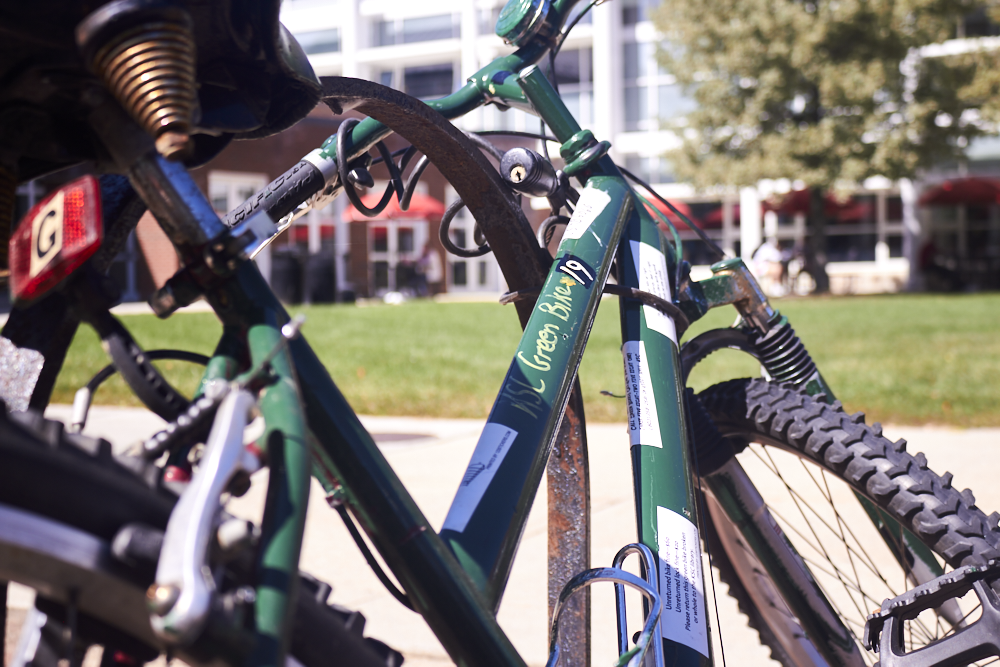 The Green Bike Program started in 2005 by Mary Jensen and Marcus McCarroll in response to student needs and Marcus’s idea that “everyone who wants to bicycle should be able to have access to a bike, regardless of their ability to pay for one.” This statement is what made green bikes what they are today, free and available to all students and faculty.

The school appreciates the contributions of McCarroll, Gaunt shared, as he is no longer a part of the KSC program as, “He will be missed.” Unfortunately, McCarroll could not be contacted for this article due to privacy reasons. Yet, Keene State College hopes that he will have time now to create a City of Keene Green Bikes program as he always wanted. In his honor, Jeff Kazin has confirmed that around 100 bikes have been borrowed from the library already this year.
“Green Bikes is a key sustainability program for KSC and it is here to stay,” stated Gaunt.

Green Bikes are extremely popular as well as having many benefits, as they “are so much better for the environment than cars—they do not spew carbon and other pollutants into the atmosphere. Bicycling will help KSC meet its goal of being Carbon Neutral by 2050, which is essential for the planet’s health,” according to Gaunt.

Maxwell Tsekrekas, a KSC junior, said he once borrowed a green bike with his friends for a casual bike ride because he finds bike riding entertaining.

With the size of the campus and the size of downtown, if you don’t have a car (or it is parked in the Winch[ester] lot), a bike is a great way to get around quickly,” said Tsekrekas. There are plenty of places to go in Keene by walking, let alone on a bike.

Senior Anna Campanelli remembers using her bike all of her sophomore year after hearing about the opportunity. She liked that if there was anything wrong with her bike that she could always bring it back to the library and they’d fix it. Campanelli was thankful for the “accessibility of the green bike brings right outside my building.” These Green Bikes are helpful for all students no matter their personal car status.

Any students are eligible to borrow bikes from the library, as well as become involved in the program. If you are interested in being a part of this program, contact Matthew Perkins, the Green Bike Coordinator this year, via email.

Perkins was interested in Green Bikes ever since he arrived on campus his freshman year. He states that he came to school with the knowledge of bike mechanics which became useful when Perkins joined the program as an eco-representative for Green Bikes.

While it is still warm out, try and get a bike of your own. Who knows, maybe they will take Tsekrekas’ idea that “other cool colors would be sweet.”

Denise Ronan can be contacted at 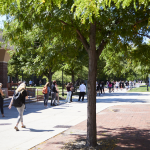