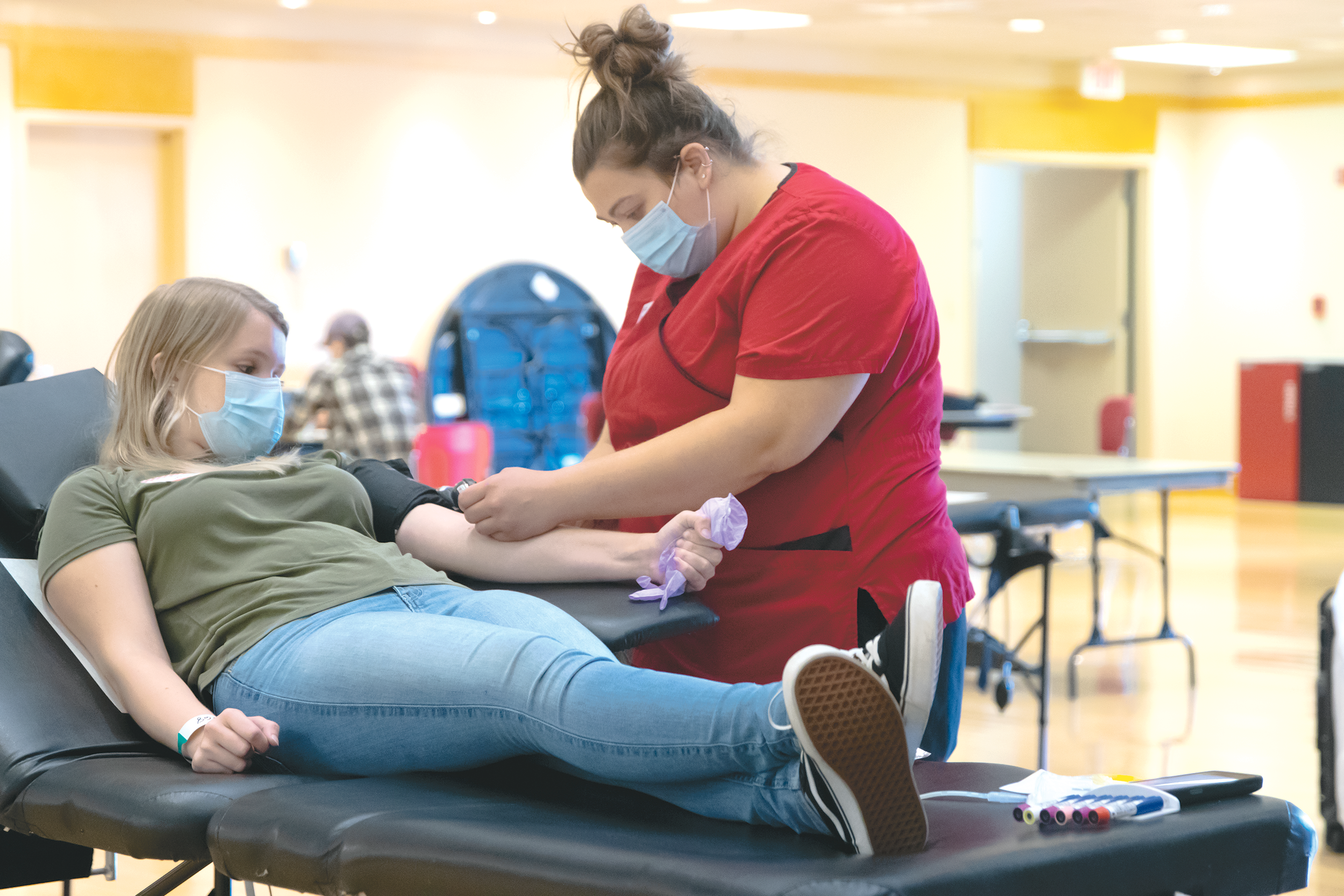 Keene State College’s Student Involvement hosted the latest in its series of regular blood donation collection drives for the humanitarian American Red Cross in the student center on campus.

“Every two seconds, someone in the U.S. needs blood,” KSC’s web page on Student Involvement reported. As a result, the college cooperates with the Red Cross organization to host regular blood drives every semester, with the latest in the series occurring on September 11, 2020.

Jessica Gagne Cloutier, the Coordinator of Community Service in the Office of Student Involvement, primarily organized and led Friday’s blood drive event. She confirmed the college has worked alongside the American Red Cross to gather donors for over a decade. KSC hosted 14 previous blood drives that collected an average of 100 donations per event.

“We have a drive on the calendar for November 9 and are trying to add one for October as well,” Cloutier said, adding that she expects five to six more charity events in association with the Red Cross to occur through the current school year.

Cloutier further explained how Student Involvement had to cancel blood drives they had planned for the spring and summer because of the outbreak of COVID-19, but they are now resuming their schedule as intended.

“Usually, our drives are open to the public; however, drives this fall are only open to students, staff, and faculty who are cleared to be on campus,” she went on to say.

Cloutier confirmed the Red Cross has protocol in place to continue hosting blood drives safely during the public health crisis, and the organization worked with KSC to abide by the campus’s own policies for the event.

Doors opened to donors at 10:00 a.m. on Friday. Volunteers from the college greeted donors and served snacks in the Mabel Brown Room on the second floor of the campus Student Center. To ensure safety during the ongoing pandemic, all participants wore their masks, volunteer workers wore gloves, volunteers took donors’ temperatures and donors were offered hand sanitizer and tables were sanitized after each check in. Donors booked their appointment to donate blood online and provided identification when they arrived at Mabel Brown. Volunteers had to register online in advance as well.

For the first hour, the Mabel Brown Room became busy, with a small crew of seven managerial volunteers working in shifts to register donors and guide them through the process. However, the scene soon quieted down again as the event carried on successfully. Heather Kinsler, senior support assistant in the program of Student Involvement, confirmed that by the second hour of the event, the blood drive looked on track to meet the Red Cross’s donation goals for the blood drive. She also mentioned the drive accepted a number of walk-in donors throughout the day when their schedule of appointments allowed for it, which helped them achieve their goal. The event officially closed at 3:00 p.m. 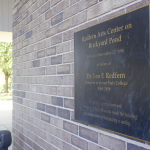