Through miscommunication and timing, some students argue that the school could have handled coronavirus testing better

Over the last few weeks, Keene State College released information regarding COVID-19 testing. The options for testing were sent out by the Vice President of Student Affairs Kemal Atkins including the first email, which was sent early in August, disclosed information about online test kits. These kits could be ordered and sent to students’ home residences. After another week, more emails with information on tests through primary care physicians as well as on-campus testing were sent.

Keene State College sophomore Gabrielle Carr faced a lot of issues with ordering her COVID-19 at-home test kit through the MyQuest website. She said she had to speak to Quest for hours on the phone after her order did not go through.

“After the miscommunication, they still couldn’t schedule my telehealth appointment to administer the test until the day before move-in,” said Carr.

She said she was disappointed the school could not verify her results in a 72-hour waiting period which caused her to not have her results in time to move-in.

“I’m not mad, but the school could have done better. Their heart was in the right place, but they shouldn’t have limited us to just the at-home test kits. Next time, Keene State College should make sure we have more test options from the start instead of doing at-home tests through MyQuest only,” said Carr.

Keene State College sophomore Joseph Duffin III had an entirely different experience. He was tested three times: once at an in-person observation, another at the Keene state-provided drive-thru testing and once more on move-in day.
“It was consistent misery. The first test was just outside of the Keene State seven-day window. The second test was promised to have results within a twenty-four-hour period. The last test, however, was an hour-and-a-half wait time instead of an hour, but they all had the same negative result,” said Duffin.
Duffin also said that the confusion with different test methods could have been cleared up with more information about Quest Diagnostics. He also said it would have helped if we followed in the footsteps of other colleges with a much simpler testing process.
Senior Miranda Bonin agreed with Duffin and she said it could have been easier if the Quest Website were easier to use.

“Trying to schedule the test was hard since the instructions were hard to find and confusing,” said Bonin.

Contrastingly, Keene State sophomore Tobias Mergendahl did not have complications with his testing, but had issues afterwards. Due to issues with his webcam, the doctor could not tell how far up he put the swab into his nose. As a result, he punctured the upper lining of his nose.

“It wasn’t fun to sit at work and be afraid that spinal fluid was leaking out of my nose,” said Mergendahl.

Chief Enrollment Manager MB Lufkin said that she has listened to some students’ concerns and is doing her best to fix past mistakes. The tests for pre-arrival were nasopharyngeal RT PCR tests, so the swabs had to be placed very far up the nose. Now, they are using RT PCR nasal swab tests that do not require the swab to be pushed as far up.
“I am aware that students have had difficult and some painful experiences. You have my sincere apologies,” said Lufkin.

If students have any questions, Lufkin said to reach out to the wellness center.

Abigail Lashway can be contacted at 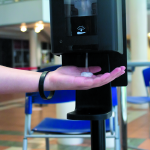 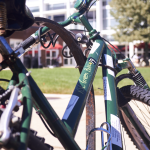