Catching up with Cross Country

Despite the news of the Little East Conference cancelling fall sports, the Keene State College cross country team has been training in hopes of some sort of season.

They have been training on their own throughout the off-season and are now training in pods of three. They are set to start training in groups of ten next week with the hope to move to full team practices soon.

“There hasn’t been too much pressure right now. They’ve been training on their own.” said Paige Mills, the head coach of both the cross country and track and field teams. “The goal right now is just really staying socially distant and healthy.”

Mills noted that keeping the virus out of the team is a big point of emphasis this season.

“I don’t think anyone’s doing anything too ambitious,” said Jacob Pearl, a sophomore on the team and the 2019 Little East Conference Cross Country and Indoor Track Rookie of the Year. “I’ve been getting out the door maybe four or five times a week to run. I kept that up throughout the summer because I thought we were going to have a season… I kept running because it was ingrained in my daily activities.”

The team is hopeful that they will be able to have a dual meet with Plymouth State University at the end of October. All schools that Keene State competes against must have the same or stricter safety protocols against the virus; they must require masks, have weekly testing, etc.

There is a big emphasis at Keene State about keeping students safe and away from the virus, and that if it does get on campus, to keep it from spreading. After the dual meet is completed, there will be buzz about being able to compete against other teams around New England. There have also been talks about virtual meets, something that could actually come to fruition with a sport like cross country.

“Even if, worst case scenario… kids have to go back to learning remotely, they can still participate virtually,” Mills noted.

Another difference the team has been faced with this year is integrating new students into the team. First-year student-athletes have had challenges bonding with teammates  and with a lack of full team get togethers in person thus far, the teams have been slow to get to know each other. However, the cross country team seems to be starting to connect and get to know each other.

“I had the opportunity to meet the other four incoming first-years that are going to be joining cross country, and we just walked around campus this past week,” said Juliana Yialiades, a first-year runner on the team. She also mentioned that she hadn’t been around the whole team in person yet, but hopes to this weekend while practicing social distancing guidelines.

Despite everything going on in the world, Mills is still optimistic about the fall.

Mills also likes her incoming class of athletes and is excited to see what they have to offer.

“We have a fantastic first-year class between the men and the women,” said Mills.

Ethan Winer can be contacted at 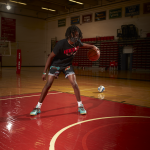 The Kid From Anchorage Previous
The key to finding peace in a pandemic: houseplants Next 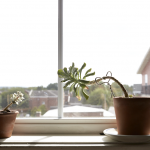 Catching up with Cross Country