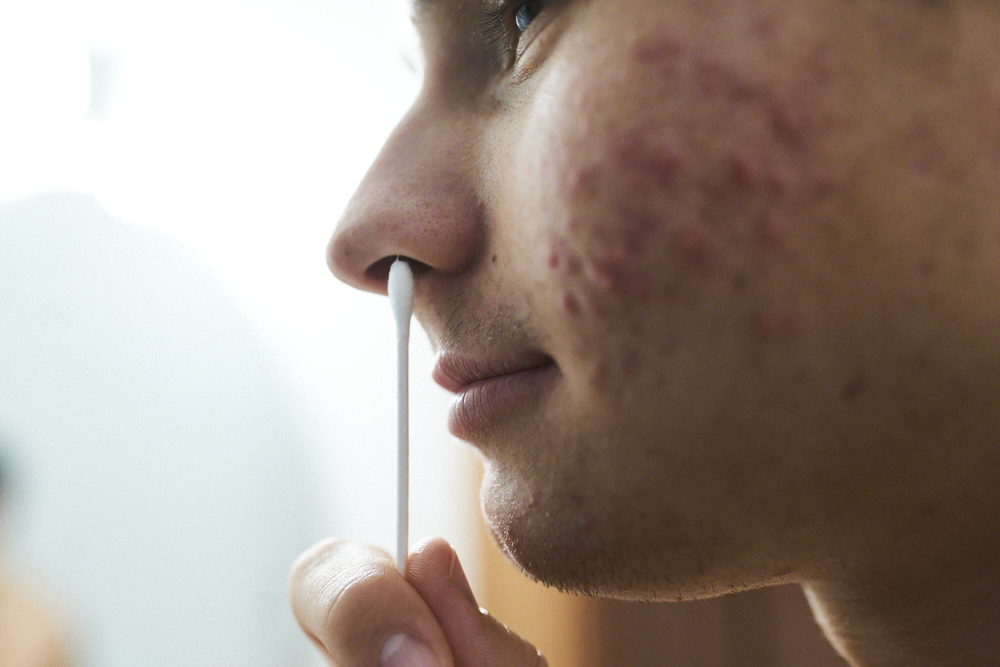 Keene State College announced that campus-wide COVID-19 tests will be conducted every week for the remainder of the Fall 2020 semester.

After two weeks of campus-wide testing and only five individuals having tested positive for COVID-19 on campus, the college will continue to require students, staff and faculty members to be tested every week. But this was not the original plan.

Keene State President Melinda Treadwell said that the original plan was to have campus-wide or universal testing for the first two weeks of the semester and then shrink the number of tested individuals to around 10 percent. These 10 percent of individuals would have been those primarily at the highest risk on campus such as residential assistants, athletes, club members, wellness center staff and others who may be in constant contact with people, as well as some random participants. Treadwell said she thinks testing everyone is the best way to keep case numbers low on campus.

“With the original plan we would have been leaving 75 to 85 percent of individuals untested,” Treadwell said. “We’re very much being cautious about risk.”

President Treadwell added that even smaller numbers of cases can represent great risk. Department Chair for the Safety and Occupational Health Applied Sciences Dr. Wayne Hartz agreed with President Treadwell and said that the college could have a “super spreader” event with just one positive individual.

“And the freaky thing about this is that it could even be an asymptomatic person with no symptoms,” Hartz said.

Switching over to universal testing for the rest of the semester is the optimal way to keep incident rates for the virus low, according to Treadwell. “It allows us to isolate all cases,” Treadwell said. “I want to know everyones test results every week.”

Construction Clerk of the Works Physical Plant and project manager for COVID management team Colin Burdick said that campus-wide testing will provide the college with a good snapshot of the campus population.

“I like the decision as a data guy,” Burdick said. “Theoretically, if we stuck with testing 10 percent, one guy could potentially only be tested once for the whole semester. It’s the best way for us to know, and it’s better than not knowing.”

While Treadwell said she thinks that testing everyone on campus is ultimately the safest decision moving forward, she is worried that members of the Owl community will grow tired of getting tested every week.

“I just hope no one gets fatigued,” Treadwell said. “I don’t think it’s burdensome. We keep rotating the timeblocks so it’s convenient for everyone.

First-year student and Vice President of the Class of 2023 Josh Lacaillade said testing everyone has kept incident rates on campus low and he was confused that the college would have originally tested 10 percent of individuals.

“Why would we only test 10 percent?” Lacaillade said. “The system we’ve been using has been working well. The average wait time to get tested is only 20 minutes and as far as I know we only have two active cases. Don’t fix what isn’t broken.”

According to Director of Strategic Communication Kelly Ricaurte, the college only has one active case of COVID-19 and that individual is isolated on campus. Keene State has had a total of 12 positive cases so far with seven of those having been reported prior to students’ arrival on campus and the remaining five reported during the first two weeks of universal testing. Ricaurte said that during the second week, only one individual tested positive for COVID-19.

President Treadwell said she remains pleased with the low incident rates at the college, and she is even a little surprised. According to Treadwell, the only case from the second week of testing was asymptomatic. So far, all COVID-19 cases linked to the college have been asymptomatic.

“Our baseline rates have been very low, they’ve been outstanding,” Treadwell said. According to Treadwell, the incident rate for the college since opening has been between 0.1 percent and 0.12 percent of individuals who have tested positive. However, in the second week of testing that rate shrank to 0.002 percent. “I was expecting to see 10 percent of the population pick up the virus, but our rate is 10 times lower,” Treadwell said.

While testing everyone on campus may represent the safest option going forward, it will also cost a lot of money. According to Dr. Hartz it costs $120 for every sample that is tested for the virus and with roughly 3,500 individuals being tested every week, that estimates at around $420,000 weekly until Thanksgiving when the Keene State community is sent home to finish the semester.

Treadwell said that the funding for this level of testing is coming from NH Governor Chris Sununu through the CARES Act. According to President Treadwell, the governor gave the University System of New Hampshire $19.5 million in funding for COVID-19 testing. Treadwell added that a significant amount of that funding is going towards the University of New Hampshire’s new lab for analyzing testing samples.

In order to keep the public informed regarding COVID-19 at Keene State, the college has launched a new “COVID dashboard” that will show testing results and statistics as the semester progresses. Ricaurte said there are three different dashboards available on the college’s website. One of these is the pre-arrival testing results and another is for sewage and waste water samples collected in the city of Keene. The third and final dashboard is cumulative and will display ongoing testing results for the virus. According to Treadwell, the cumulative dashboard will be updated every week on Wednesdays at 12 p.m.. 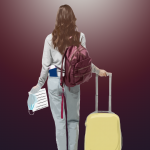