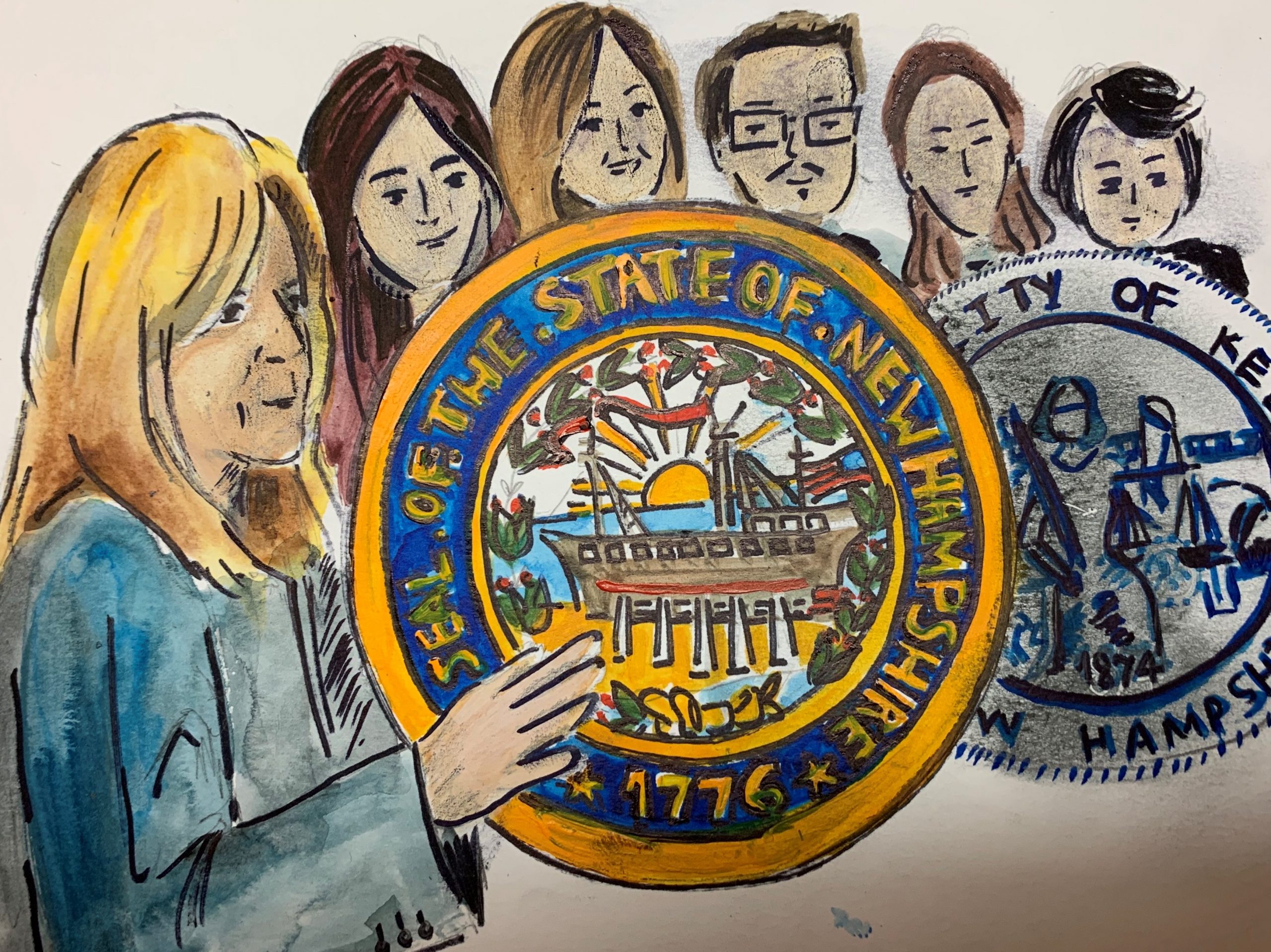 After a nearly three year battle, the New Hampshire Supreme Court unanimously overturned a trial court’s decision on the basis of the state’s Right to Know Law in favor of Keene State College Journalism Professor Marianne Salcetti and her students.

The NH Supreme Court reached this decision on Tuesday, June 3, granting a long awaited triumph to Salcetti and her students against the City of Keene.

Class of 2017 alumnus Grace Pecci specifically asked for every officer that worked for the Keene Police Department that was reprimanded for using excessive force or brutality for August 1, 2012, until September 22, 2017, when the initial right to know request was filed.

Originally, Pecci did not receive what she was looking for from the city. According to the official court report, “the only record provided to Pecci was a report created by the former police chief, which contains statistical summaries of citizen complaints of excessive force during the requested time period.”

When Pecci received this, she explained how she thought the city was not sharing all of the information that they had. “I definitely feel like [the city] was trying to hide information,” Pecci said. “Originally, I wanted to see the names of the officers because I feel it’s important to know if there’s been an officer that’s been reprimanded.”

Pecci explained that she was upset that the city took so long for the ruling to come out. “It’s unfortunate because I have been out of college for two years now,” said Pecci.

Although the ruling took so long, Pecci is optimistic that it will not take as long for the next students who file a Right-to-Know request. “My hope is that even though it took a long time for me to get the information, I would hope that for the next students who are filing the Right-to-Know requests, that they would be able to get their information a little bit more quickly because [the city] knows that we have put up a fight for that information,” Pecci explained.

Keene State College class of 2018 alumna Meredith King was one of the students in Salcetti’s class. She had requested records pertaining to restaurant inspections. According to court documents, the City of Keene had proposed a $300 fee for access to the requested records.

“Back when I received that number, I was the epitome of ‘broke college student’,” King said. “I definitely did not have an extra $300 to spare to access public records. I think most students would be in the same place I was.”

After nearly three years of nervousness and excitement, King said she was very pleased with the supreme court’s ruling and that it shows other journalism students “to never give up in the pursuit of knowledge, justice and the truth; even if it is a long process.”

“Do not count yourselves out even if you are the metaphorical ‘little guys’,” King said.

The New Hampshire Supreme Court’s decision on the basis of the Right to Know Law, along with a pair of cases from May 29, reversed a decision made by different justices in the 1993 case Union Leader Corps v. Fenniman in which the court ruled that documents from a public employee’s personnel file were part of internal personnel practices, and therefore, exempt from the public’s eye.

First Amendment Attorney Gregory V. Sullivan, who represented Salcetti and her students in the supreme court, also represented the Union Leader Corporation in 1993 in Union Leader Corps v. Fenniman, 27 years prior. Sullivan said it has “certainly been extremely rewarding” to see the Supreme Court reverse the decision from 1993.

Sullivan said he thinks there’s obvious reasons for secrecy, but “the courts need to balance that with the right to freedom of speech.”

“Despite what people think, the city takes its requests to public information very seriously,” Mullins said. “In my time as city attorney they’ve had few issues go to court with regard to [the Right to Know Law].”

“I think the Supreme Court’s unanimous ruling makes all of our efforts on behalf of the public to get the public’s information worth it,” Salcetti said. “I hope journalism students will be inspired and that they learn that journalistic justice does happen.”

The Supreme Court decision has received state wide attention with the New Hampshire Union Leader, a statewide newspaper publication, writing an editorial about the decision, ultimately agreeing with the court’s final decision, and expressing their agitation for the lack of cooperation from the city of Keene with journalists. “In other words, rather than make it difficult and costly for all parties, perhaps the public servants and the members of the public making a request should work together,” the editorial stated, “What a novel idea.”

Through this long battle for the right to know information, Pecci left encouraging words for other student journalists in search for the truth. “I would say to never stop fighting for information, especially information that’s public and that [people] should have access to.” Pecci stated. “I think in order to be a successful journalist, you have to have that grit and determination. Obviously it took forever, way longer than it should have, but it is worth it in the end because, even if we are not in class right now, we’re still setting a point to the city.”