The New Hampshire Supreme Court unanimously overturned a trial court’s decision on the basis of the state’s Right to Know Law in favor of Keene State College Journalism Professor Marianne Salcetti and her students. The NH Supreme Court reached this decision on Tuesday, June 3, granting a long awaited triumph to Salcetti and her students after a nearly three year battle in the courts against the city of Keene.

“I think the supreme court’s unanimous ruling makes all of our efforts on behalf of the public to get the public’s information worth it,” Salcetti said. “I hope journalism students will be inspired and that they learn that journalistic justice does happen.” 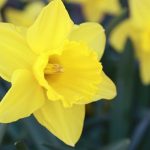 KSC Tree Tour and the person behind the beautiful campus Previous
NH Supreme Court rules unanimously in favor of Keene... Next 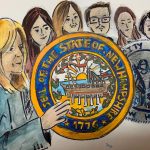