The Keene State College Music Department offered an apology and a brief explanation for the silence on April 26, 2020, during the time of a planned Facebook livestream concert in place of the open Student Senior Soprano Recital, which the public could not attend in person.

Because of the ongoing global pandemic of COVID-19 and the resulting quarantine, Keene State College had to cancel many events the school had intended to host on campus and make open to the public attendance. Public platforms for online communication have let live-streaming replace many in-person events that could not occur, such as the Zoom application professors have commonly used to stay in touch with their students during the quarantine.

The Keene State College Music Department had previously issued an announcement stating Sunday, April 26, would see the Keene State College Music Department’s page on Facebook host a Facebook Live event so anyone with Internet access could watch Kelly Uselton, a music performance major at Keene State, perform her senior soprano recital, a requirement for achieving her degree. This recital could not occur at the Redfern Arts Center because of the current public quarantine. In addition to announcing the move to livestream for the performance, the KSC website also included a link to the Facebook page and invited those interested to view Uselton’s recital. Viewers are not required to have a Facebook account to see the linked page.

The announced schedule placed the event as beginning at 5 p.m. and ending at 6 p.m. However, the link provided merely led to the main Facebook page of the Keene State College Music Department with no further explanation of how to find the event. The scheduled time came and went without any sign of the announced livestream, leading to confusion about what had happened to prevent it.

The KSC website page confirming the time and date of the livestream also includes an email address if one wishes to contact the KSC Music Department for more information about the recital. When reached out to, the music department confirmed the event could not take place as intended and apologized for the inconvenience. Deborah Ford, Administrative Assistant in the KSC music office, said that Uselton had opted to record a video of the recital to post at a later date instead of live streaming the event, and therefore the KSC Music page would not host it.

Uselton herself could not be reached for any further comment on the matter.

The Facebook page of KSC Music states, in their schedule of events, that the department still intends to host the next virtual installment in the Junior/Senior Student Soprano Recital at 7:30 p.m. on Sunday, May 3, where Jayce Barone will perform the his own recital, which could not take place at the Alumni Recital Hall. 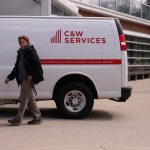