The day has finally arrived.

The greatest quarterback of all time, or simply the GOAT, Tom Brady, has left the New England Patriots.

After 20 years of domination, the 43-year-old quarterback has left for pastures new. Brady will now have the opportunity to bring his talents to Tampa Bay, Florida, where he will play under the “QB (quarterback) guru” that is  Head Coach Bruce Arians. Brady will also have a bright pair of young receivers to throw to: Mike Evans and Chris Godwin, who both made the Pro Bowl a season ago.

This comes at a rough time for New England sports fans as it caps off a string of unfortunate events for the sports teams of Bean Town.

This comes after the trade of former MLB MVP Mookie Betts, the announcing of Chris Sale’s Tommy John surgery and the cheating scandal and firing of former Red Sox manager Alex Cora.

Although the Red Sox have had struggles before, for most fans, seeing struggle within the Patriots organization has been almost unheard of for the last two decades.

Losing Brady hurts. He was an icon; a true legend in both the sport and the city of Boston, he meant a lot to fans and he will be missed.

However, with Brady gone, the Patriots have a question mark at the QB position for the first time in quite a while.

Do they start the second year QB out of Auburn, Jarrett Stidham, or do they go with the vetern who knows the offense, Brian Hoyer.

Additionally, the upcoming draft features a handful of quarterbacks who would give the Patriots their future at the position.

Also, free agent QBs like former MVP Cam Newton and former number one overall pick Jameis Winston are still looking for jobs and could provide the Patriots with production out of the position while possibly acting as a bridge for the next franchise quarterback.

These are all questions that have been nagging media members and fans alike.

With the coronavirus shutdown, there is little to do other than patiently wait until sports resume. NFL commissioner Roger Goodell has stated that the NFL draft will take place on schedule, fromApril 23 to April25. However, this statement has begun to take flack and, with the state of the virus at the moment, it seems like that will be impossible.

Regardless of when it happens, the draft will commence and when it does the Patriots will have decisions to make holding the number 23 overall selection.

It is likely that a solid QB will be on the board, whether that is Washington’s Jacob Eason or Oklahoma’s Jalen Hurts or possibly even Utah State’s Jordan Love.

No matter what happens in the offseason one thing still remains: Tom Brady will not be wearing a Patriots uniform this year.

Austin Smith can be contacted at 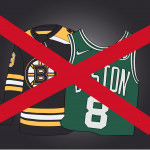 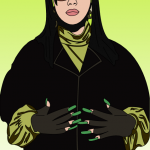