With various Keene State College sports teams now being left with a four or more month-long dry period of no practice, many teams are using creative competitions as a way to stay in shape.

One of those teams is men’s soccer, who began their self-titled “Quarantine Games” on April 1 and are hoping to continue the competition into May.

“The idea for The Quarantine Games happened very organically,” explained men’s soccer assistant coach Charles Pilger in an email interview. “Rick Scott [head coach of the men’s soccer team] and I were sitting in the office and talking about what we were going to do now that our team had been sent home and we would not have our typical spring season. We had a few things we wanted to address: the first order of business was trying to motivate our team to continue training. We have repeated to ourselves and the team that ‘everyone is going through this just like we are,’ so Eastern Connecticut, Umass Boston and all the other teams in our conference are facing the same level of adversity as we are—can we find a way to use this time on our own to our advantage and can we try to get something productive done during a crucial time of our off-season?”

And so, The Quarantine Games were created.

The competition consists of the entire team being divided into four separate captain-led squads, each with its own color: gray, black, red and white. Pilger explained that having the captains lead each squad was very important to both himself and head coach Scott.

“We knew that we wanted this to be captain-led, because we had recently named two new captains, Benny Tamzarian and Yusufu Juma,” said Pilger. “The spring season is traditionally a good time for new captains to acclimate to their new leadership role, but we obviously did not have that time on the field.”

Tamzarian, who is leading the black team, explained in an email interview the importance of competitions like The Quarantine Games in times like this.

“I believe this is very important in these times,” said Tamzarian. “While we can’t be all together as a team, we are still talking, texting and pushing each other in these challenges to get ready for the fall season.”

Fellow captain and leader of the red team Lovering shared similar sentiments with Tamzarian in his email interview.

“In a time when so many people can be lazy and unmotivated, something to keep them active is very important,” said Lovering. “With it being an inter-team challenge, it makes it that much more fun, intense and important because everyone wants the bragging rights at the end. It is also nice to talk to the guys about stuff, recognize the people who do well on challenges and give the people who don’t a little bit of a hard time, obviously only to motivate them. All of us wish we could be back at school right now kicking a ball around at our spring sessions, but since we can’t do that, this is the next best thing.”

Lovering has been a captain on the men’s soccer team since his sophomore year at Keene State and, according to Pilger, his leadership “speaks to his maturity and character.”

“He is a role model for the rest of the team and a perfect example of how we want to represent ourselves on and off the field,” added Pilger.

Pilger spoke highly of the other three captains and squad-leaders as well.

Pilger said that Downey, who is leading the white team, “leads by example with his work ethic in training and production in games.”

Juma, leader of the gray team, is “one of the hardest working players to come through Keene State and is an invaluable part of our midfield,” according to Pilger.

Pilger also explained that Tamzarian, although the youngest of the four captains, “already has the respect of his team for his maturity off the field, dedication to the sport, and helped us win an LEC title last year when he was partially injured during the final.”

But how exactly do The Quarantine Games work?

“[The teams do] weekly challenges [which] consist of three different activities/workouts, including things like pushups, planks, juggling a soccer ball, shuttle runs and many more things to come,” explained Lovering.

The captains are in charge of receiving videos of the members of their respective squad doing the weekly challenges and then uploading it to each team’s designated YouTube page. The YouTube pages are viewable to all by typing Keene Soccer Gray, Keene Soccer White, Keene Soccer Red or Keene Soccer Black into the search bar.

“After we do our workouts, the coaches go through the film and average out our scores for each individual team,” added Lovering.

At the time of writing this, the squad standings were the black team in first with three points, the red team in second with two points, the white team in third with one point and the gray team in last place with zero points.

When it comes to predictions on which squad will come out on top, Pilger was not shy about saying who he believed would win, explaining that he is always transparent with his athletes.

Overall, Pilger drove home the fact that he was proud of how his team is taking the new competition.

“What [Coach Scott and I] are most happy about is the way our team has responded to this challenge,” said Pilger. “We have a group of guys who get excited about competing and excited about training, which is what makes this whole thing so much fun.”

Head coach Rick Scott was contacted for an online interview and did not respond. 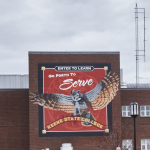