Quarantined But Not Quitting

With all Keene State College spring sports officially canceled, many athletes are left wondering what to do. They’re quarantined at home, all gyms have been closed due to COVID-19 and their seasons are now done before they really even started.

What is an athlete to do?

Throw your roommate over your shoulders and get to squatting.

At least, that’s what the track and field roommate trio of senior Alexis Gauthier and juniors Skyler Gauthier and Christina Martin have been doing since they heard the news that their outdoor season would be cut short.

Martin explained that the track and field team found out its season would be canceled a week before spring break, two weeks before the March 18 decision by Keene State’s athletic department to cancel the remaining contests for all spring sports.

“I found out [there would be no outdoor track season] the week before school let out for spring break,” explained Martin in an email interview. “Some of us were sitting at the dining commons and talking about how some schools took athletics away. Then, a few days later, Coach Paige emailed us. The whole process of ending the track season was in less than a week’s time frame and moved very quickly.”

Skyler Gauthier described in an email interview her first reactions to hearing the news.

“At first I was angry and didn’t know how to really react yet,” explained Gauthier. “I remember going to the weight room after feeling emotional and frustrated that our season was over, but also sad that our team and seniors especially couldn’t finish off their college athletic careers off the way they wanted to.”

Head coach of the cross country and track and field teams Paige Mills expressed her own disappointment and frustration with the canceled season in an email interview.

“It was truly surreal to find out our outdoor season would be canceled due to COVID-19,” said Mills. “It was especially frustrating news because we had 13 student-athletes coming out for the season who did not participate in indoor after the coaching turnover. After a strong indoor season, we were all so hopeful and ready for outdoor.”

However, even with the disappointment of a season being cut short weighing heavily on the Gauthier twins and Martin’s shoulders, they are refusing to just sit around and be upset.

“We have some resistance bands and weights to use, but [we are] going on more runs and walks through the trails, which is nice,” said Gauthier. “We’re also becoming a crafty group with our puzzles and painting, something other than running!”

Martin shared similar remarks on what she and her roommates are doing to stay active.

“It is easy for cross country and track and field because, unlike other sports, we are able to run alone and still benefit, so even though this whole situation sucks, we still go about our season as if it was still there, just no racing,” explained Martin. “But my roommates and I go on ‘family runs,’ as Coach Paige calls it, and we vary with the activities we do. We will sometimes just go for regular runs, and other days that are not so nice we will set up an at-home gym and do that in our small apartment. Skyler, Alexis and I have gotten pretty creative with things to do… since we don’t have any equipment, Skyler decided to use me as a squat bar, although it didn’t work as well as a gym. At this point, it’s more about having fun and staying positive through it all.”

Mills said that she was not surprised to hear about the Gauthiers and Martin staying active while in quarantine.

“It was no surprise that the Gauthier twins and Christina Martin would get creative with workouts in their apartment,” said Mills. “They are great teammates and roomies and it makes me so proud to see them so motivated. In fact, I have been incredibly impressed with our squad as a whole who have been logging some of the best miles and training sessions of the year on their own and keeping each other accountable on social media.”

As for advice, Mills has been keeping it positive with her team.

“I’m always trying to empower the athletes to develop an optimistic thought process, as it’s a skill that will transfer off the track and to challenging life endeavors like we are facing now. I have told them to stay positive and use this time as an opportunity to better prepare for next year.”

Gauthier and Martin also had their own pieces of advice for fellow spring athletes who may be feeling down right now.

“A piece of advice I would give for student-athletes who are upset about their season being canceled is that it’s good that you’re upset, it means you care and that it truly meant something to you, and your coaches should be proud that they have such dedicated athletes,” said Martin. “On the other hand, at this point, you cannot get the season back, so you need to focus on what you can do to improve yourself as an athlete and go do it. Make an at-home gym workout, go for runs, take time to play with siblings, parents or anyone who lives with you. Just stay active in some way, and it doesn’t have to be your sport, too. As long as you keep your body moving as if you were in season is all that matters.”

“Just know that this is all temporary and there are some things greater than sports,” said Gauthier. “As upsetting as it is for athletes to not do what they love so much, staying healthy and keeping others in mind will make a difference. We have more seasons to get ready for, so take care of yourself and just do the best you can with training.”

Alexis Gauthier did not respond to the interview request. 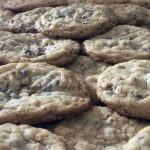