Down to two controversial candidates

Well, it seems that in the midst of all this craziness the country is facing right now, there is yet another surprise in store. That would happen to be Bernie Sanders dropping out of the presidential race. With the major number of dropouts since the beginning, this leaves one candidate to try and defeat the incumbent: former Vice President Joe Biden.

“Creepy Joe,” or whatever you might refer to him as, is such an odd figure in the political realm of things as someone who was well-liked not even four years ago, to now being seen as the last choice candidate within the Democratic party. Especially with the fact that during the 2016 election many democrats thought he would be a good choice for a candidate, but considering his possible dementia and sexual misconduct allegations, among other things, many think he is a bad pick for the nomination and for the presidency.

I would have to agree with them. He is often aloof and just unruly at times to the point where his presidency, if he even has one, will be very odd, to say the least. I think out of the democrats who ran for the nomination for president, he was probably one of the highest disliked ones out of the myriad who attempted to claim the position. I legitimately do not know anyone whose first choice was Joe Biden.

I think that if other candidates did not give up at the first sign of trouble, we could have witnessed the rise of another candidate who I think would have been taken more seriously by the public. I only say that because on many social media platforms, there is a frenzy of jokes at the expense of his aloofness. Someone like TulsiGabbard or Pete Buttigieg should have had a real chance or at least somewhat decent polling numbers, but I am legitimately concerned for this country considering that Joe Biden could be the next president.

Many people I am close to, who are democrats and independents, really dislike him too.

While politically I do not agree with them, I can say they have similar gripes to mine. Sexual assault allegations and his lack of coherent sentence structure were the two issues that stood out the most to my colleagues. He is severely flawed in terms of making statements and arguing them as well as being just plain wrong in many speeches and debates. I think everyone gets confused and messes up sometimes, but when it is consistent it comes to a point where it is just off-putting in a leader.

This is absolutely insane in my mind. The last two elections have just been kind of crazy, a political outsider versus a well-known political figure who most people dislike. I would not be surprised if the country sees reelection for Donald Trump, but I think it will be a close margin.

But considering the state of the country right now, especially with coronavirus, I am not really surprised by anything anymore. I also think that voter turn-out will be pretty low considering the candidates.

As I mentioned before, I am not surprised by anything at this point and I am really excited and a little nervous to see how all this pans out in the coming months. 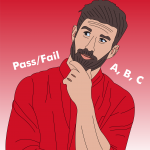 The best of both worlds Previous
KSC distributes $6.5 million in cost adjustments Next 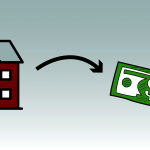