Last week, we saw Dahlia Sin sashay away without saying a word to the other queens or the judges, as well as a preview for next week’s episode: “The Ball Ball.”

The episode starts off with a bee-themed dance mini-challenge. Personally, I thought this was sort of ridiculous, but also kind of funny and it’s nothing out of the ordinary for the types of mini-challenges that the show does. In the end, Gigi Goode won the mini-challenge.

Then, Rupaul announces that they’re having a ball, titled The Ball Ball, where the queens have to prepare three outfits for the runway themed around balls. Usually the balls are held later in the seasons (around the final episode of the season), however, they’ve been held earlier in the seasons in recent years.

The three themes that the queens had to prepare for were Lady Ballers, which was a women’s sports theme, Basketball Wife Realness, where they have to dress like affluent basketball wives, and finally Balls to the Walls Eleganza, in which they had to make their own outfits using balls.

As we go into the workroom, the queens seem to be doing alright with the ball. It is season 12 of the show so I’m sure the queens are ready for a ball challenge.

In the workroom, Aiden Zhane seemed to be struggling with the challenge and her sewing. I thought it was funny that she didn’t realize the pattern she was making was referee patterned.

When it comes time for the runway, Leslie Jones is a guest judge. I will say that Jones is probably one of the best guests the show has had since because she was asking questions, reacting to everything and clearly enjoying her time as a guest judge.

Gigi Goode’s looks were very well-polished and put together, but I think that Jaida Essence Hall really had better looks, especially her final look.

While I understand that Rock M. Sakura’s third look wasn’t as polished, I think that her first two were pretty good, especially her Basketball Wife Realness look.

When it came down to it, it was Rock M. Sakura and Brita who were in the bottom two. I think they both performed Rihanna’s classic “S&M” with a lot of fire, but in the end, it was Brita who stayed in the competition and Rock M. Sakura who had to sashay away.

I think that although Brita did better in the lip sync, Rock M. Sakura shouldn’t have been in the bottom two in the first place. I’m honestly surprised that Aiden Zhane was not in the bottom two, considering her last look was very plain.

At the end of the episode, we saw a preview for next week’s episode entitled “Gay’s Anatomy,” which will be an acting challenge about the TV show “Grey’s Anatomy.”

And remember: “If you can’t love yourself, how in the hell are you gonna love somebody else? Can I get an amen?” 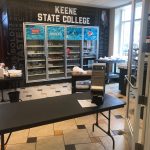