A look into the federal work-study program 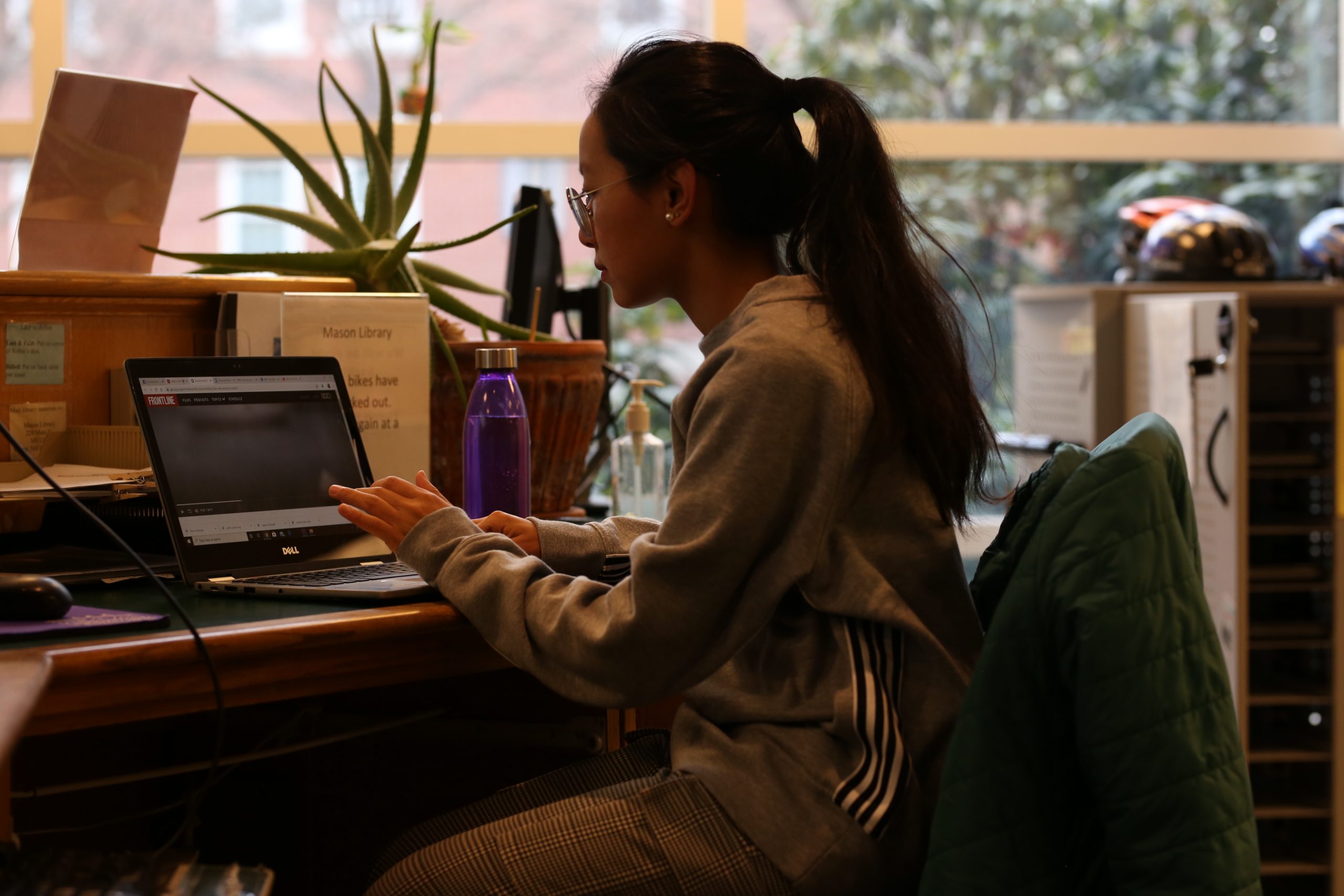 “Studies have shown that students who are engaged in student jobs on campus are much more connected and invested in their education,” explained Cindy Richard, Associate Director of Financial Aid.

Across the country, roughly 700,000 students receive federal work-study compensation, according to a survey conducted by Inside Higher Ed.

At Keene State College, roughly 340 students for the 19-20’ academic year were employed under the federal work-study program according to Richard. Those workers make up roughly 10 percent of the student body population.

Director of Financial Aid and Scholarships Cathy Mullins explained that the federal work-study program and the student hourly employee workers are practically identical. “Both [programs] mirror each other in that they operate essentially the same. The rate is the same, the hiring process is the same. If you were on the outside looking in, you wouldn’t know who is hourly and who is work-study.”

The only differentiating factor between the roughly 415 hourly employees on campus and the 340 work-study students is that the money comes from different places. “The wages that are paid to students in the work-study program are subsidized by the government,” Richard explained. “Whereas with a student hourly, the college is responsible for the full amount of the pay to the student.”

On-campus, there are many jobs that apply to be a work-study job and, according to Mullins, it is up to the work study’s supervisor because employment is based on individual departmental budgets. “Supervisors will put money in their department budget to cover maybe a certain [number] of federal work-study students and a certain [number] of student hourly,” Mullins stated.

“Part of the federal work-study program is that we spend 7 percent on community service of the amount of allocation that we receive,” said Mullins. “So, all of the student workers who work in the CDC help us to meet that requirement.”

It is also better for some departments, such as the CDC, to hire only federal work-study students as it is better for them financially. According to Mullins, each department covers 35 percent of the student wages from their department budget. The remaining 65 percent is covered by Federal Work-Study funds received by the United States Department of Education.

The federal work-study program is just like a normal job; however, there is a limit to the number of hours a student can work a week for one work-study job, as well as the amount of income they receive. “We monitor both the number of hours [students] work weekly as well as the amount they are earning because when we award a student work-study, we award them a certain amount, and that is the amount that they can earn up to,” Richard explained. “We restrict them to no more than 20 hours a week.”

In fact, according to Richard, it is beneficial to the students if they only work between 8 and 10 hours a week. “Statistically, it’s been shown that that’s when students are most successful,” Richard explained. “It is a good balance between work and school.”

The money that a student earns from a work-study job is just like a normal hourly job, the money is theirs to spend however they like and the funds do not go toward tuition or a school bill.

If a student wants to find a work-study job, there are a couple of different ways that they can go about doing that. Jobwise is an electronic job board on the school website that students can find jobs on. Students can filter searches to just bring up federal work-study jobs, hourly jobs or both at the same time. According to Richard, June, July and August are the best times for students to go on Jobwise and search for a job as that is when employers post the most.

You can get to the JobWise website by searching “JobWise” at Keene.edu