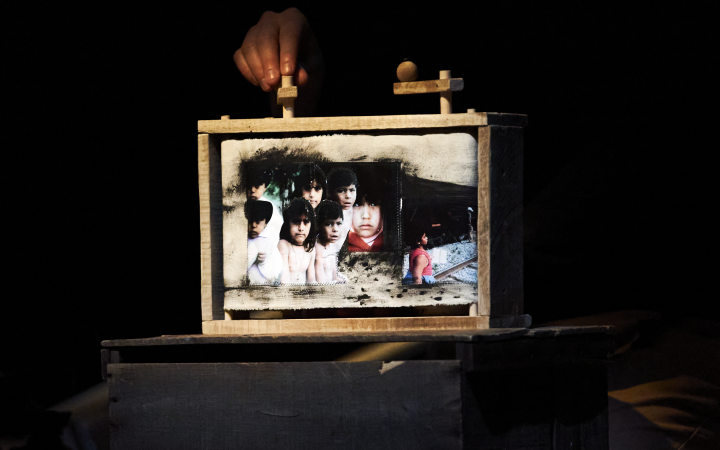 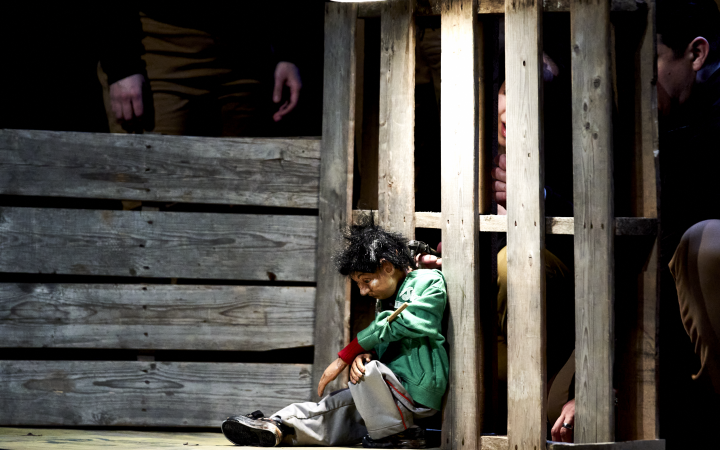 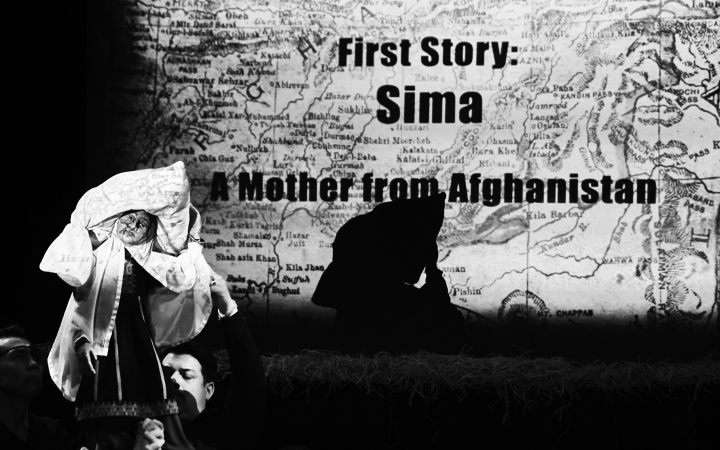 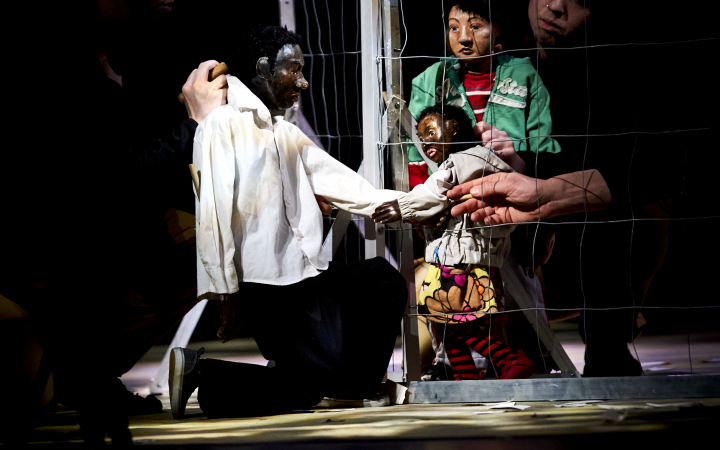 Using puppets and various other props–including wooden boards and makeshift fences, the five-actor cast employed a high energy production to respond to the world’s refugee crisis and its impact on communities in the United States by working with locally resettled refugees to form an accurate narrative.

Sharon Fantl Assistant Director at the Redfern was involved in programming the visiting artist series and said she is excited to work with Sandglass theater, whom she has worked with before.

“We bring a number of artists from many different places, some artists are international, while others are based in New England,” said Fantl. “We’ve worked with Sandglass Theater many times over the years; they’ve done at least five or six productions at the Redfern. A lot of their work is focused on social change. We like to work with artists who can thematically tie in things that are being explored in the curriculum and our community and Sandglass does that very well.”

Fantl works with Sandglass as they are an acclaimed puppeteering company, locally based.

“Sandglass Theater is here to display their puppet theater piece,” said Fantl. “Sandglass is an acclaimed puppet theater company  based in Putney, Vermontand a lot of the work they do consists of them using puppetry to tell stories that appeal to a wide range of audiences, from kid programs to adult shows. This piece explores the story of refugees and it is built on interviews that they conducted with a number of resettled refugees in Vermont. They created a number of characters and a conglomerate of stories that are based on these interviews. Essentially, the production explores the complicated narratives about immigration, refugees and asylum seekers by using different angles to give the stories more humanity.”

Second-year Casey Ottaviano attended the show for his class entitled Music Cultures of the World.

“I am excited to see what this show has to offer,” said Ottaviano. “I am not familiar with the Sandglass Theater, but I heard from my professor that it is an interesting puppeteering show.”

When asked why his class was encouraged to watch the show, Ottaviano said it has a lot of relevance to our coursework.

“My class, Music Cultures of the World, incorporates many different cultures through music,” said Ottaviano. “I think this is relevant because the show is displaying a variety of different cultures and stories that are not really covered in the mainstream media. The performers covered languages that are not as widespread and incorporated them in song form, which really ties into my class.”

Erin Stearns, a student from Southern New Hampshire University, just so happened to be in town during the show and decided to stop in.

“I was in Keene to visit some friends and they were thinking about going to the show,” said Stearns. “I heard about the Sandglass theater before so I told them we are definitely going and we are not disappointed; the show was great. It was really powerful to have moments of slight movement with dead silence. I also enjoyed how they used the refugees’ languages to further the audience’s emotional connection.”

Jeremy Landers can be contacted at 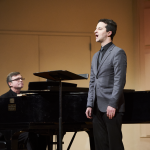