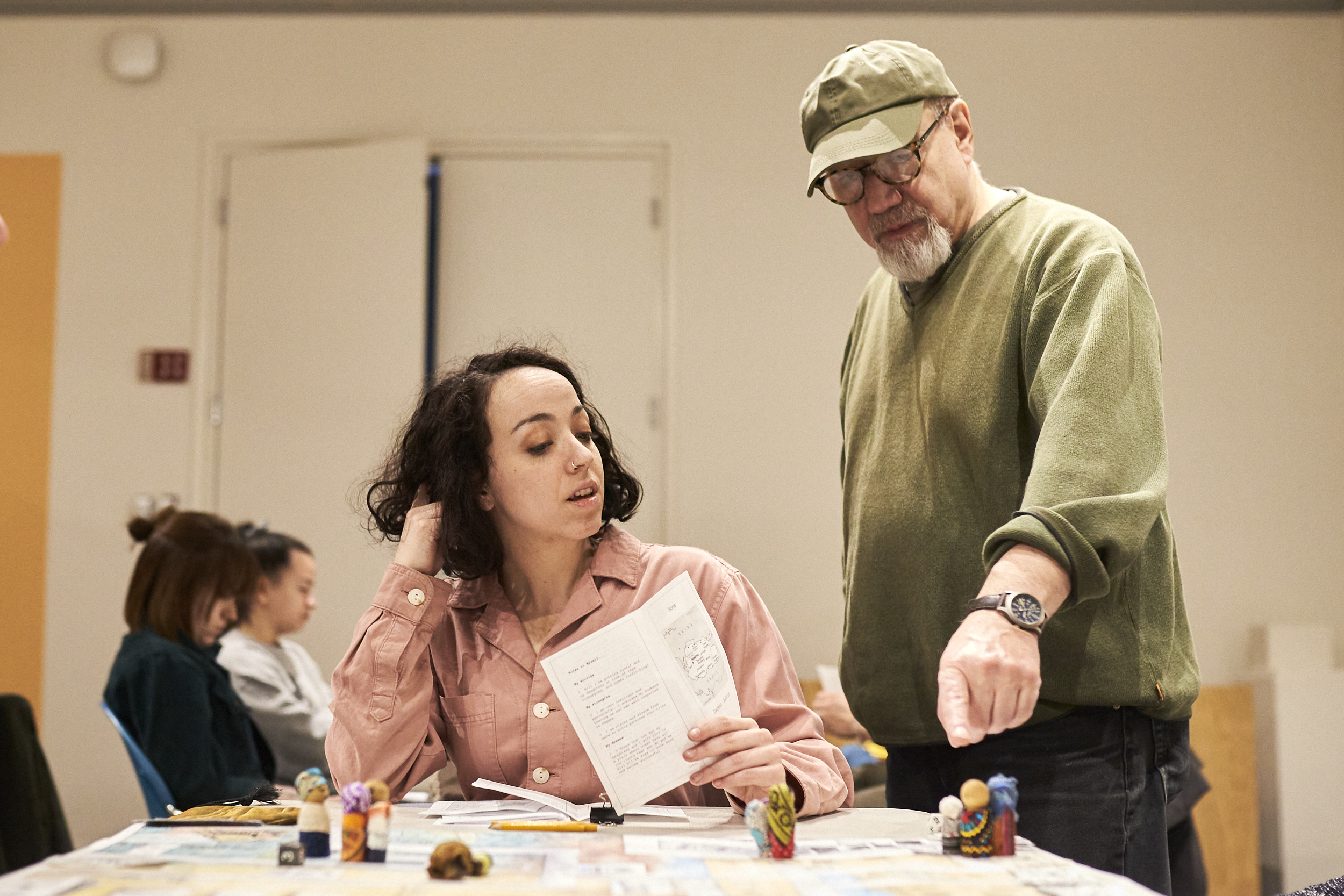 On Tuesday, March 10, the Redfern Arts Center held a workshop titled Sandglass Refugee Journey. The main premise of the workshop was to have participants play a board game that was designed to share parts of true refugee stories in order to allow participants to have a deeper understanding of the hardships refugees face.

Despite being sparsely attended, the workshop carried on. The board game was played for roughly 45 minutes and participants quickly began to grasp the concept of the game. Though it was just a game with seemingly low stakes, Shannon Mayers, the director of the Redfern Arts Center, admitted to feeling tense because of how real some of the situations described in the game felt. Most games use strategy, but this one was completely up to chance; it mirrors real life, as the fate of the refugees is completely up to chance.

The game itself was created by Laurie Stavrand of the U.S. Committee for Refugees and Immigrants (USCRI) Vermont, along with other people who have been resettled in the United States. According to Kalob Martinez, a performer, the Sandglass Theater incorporates the game into their touring work in order to help give their audience a hands-on opportunity to better understand the struggles of refugees as well as the ability to connect with their show “Babylon” on a deeper level.

During the post-game talkback, the participants recounted their experience with the game and some expressed how helpless or conflicted they felt playing the game. The unknown of the outcomes within the game caused them stress; the possibilities of win-lose, lose-win, win-win or lose-lose situations escalated their personal stakes. When asked about any takeaways from the experience, many stated that the game helped put things into perspective. It gave them the opportunity to put themselves in the refugees’ shoes and help understand as well as connect to their struggles.

Eric Bass, the co-founder and co-artistic director of the Sandglass Theater, emphasized that sometimes the outcomes of certain situations can depend completely on those facilitating the procedures. “Twenty-five to 30 years ago I went into a country that was under martial law. And some of the officials that I had to deal with didn’t know what the rules were. And so one of the sources of the unfairness is sometimes the officials are making it up because in their country the rules are changing too,” Bass said.

When asked what prompted them to be involved with a project such as this and why it is important to them, Martinez said, “To me it isn’t a political issue, it’s a humanitarian issue. It’s always going to be something that is an issue in the world as long as there is violence. I think it’s our responsibility to deal with it in a good way.”

Isabella Echavarria can be contacted at