On March 18, the Keene State Athletic Department announced that all spring sport contests and practices will be cancelled for the remainder of the spring season.

This announcement came after Keene State College President Melinda Treadwell sent an email to the student body saying that KSC would now be entering an extended curtailment period. Students were told to not return to campus for the remainder of the spring semester. Treadwell said from this point forward online classes and coursework would be used to finish out the semester.

With the spring seasons for many athletes now being cancelled the NCAA has issued eligibility waivers for all student-athletes, allowing them an extra season of eligibility for the one they lost. 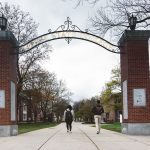 KSC proceeds with remote learning for the remainder of... Previous
It's Time to Cancel Cancel Culture Next