Director Guy Ritchie returns to his filmmaking roots with his latest British crime film “The Gentlemen” (2019), which is reminiscent of his early films “Lock, Stock and Two Smoking Barrels” (1998) and “Snatch” (2000). I have enjoyed some of his work over the years such as the two Robert Downey Jr. “Sherlock Holmes” films and “The Man from U.N.C.L.E.” (2015), but the prior mentioned early ensemble films are certainly some of his best. “The Gentlemen” has its own stellar ensemble including Matthew McConaughey, Charlie Hunnam, Hugh Grant and Colin Farrell, who deliver moments of action and comedy in equal measure.

“The Gentlemen” is a uniquely structured film in that the events of the plot are being retraced for the audience by investigative journalist Fletcher (Grant) and Raymond (Hunnam) over the course of an evening conversation. This retrospective look at events allows the story to get muddled, forcing Fletcher and Raymond to correct the narrative. Some scenes are shown to be pure imagination while others are shown from different characters’ perspectives. The core narrative of Fletcher and Raymond’s conversation and the film itself is the attempted departure of marijuana crime lord Mickey Pearson (McConaughey) from the criminal underworld. However, prospective usurpers deduce this as a chance to take Pearson’s empire for themselves and chaos ensues. Many other crime films have plots where characters attempt to leave the business, but few make that character one of the most powerful men in the underworld.

As previously mentioned, the plot is ever-evolving as new details come to light over the course of the conversation, allowing for unexpected twists. Admittedly, the beginning of the film is slow, and I bordered on boredom before gradually getting hooked by the plot. As Pearson’s plan to retire encounters complications, “The Gentlemen” becomes interesting. The dialogue in particular is a component that the audience has to adjust to, especially if they are not familiar with British slang or able to keep up with accented speech. The dialogue is mostly humorous and witty, but there are certain issues with it. Some reviewers have accused “The Gentlemen” of being offensive to a variety of people by stereotyping characters. For example, Fletcher makes several homosexual innuendoes to Raymond and imitates a Chinese accent that some people find to be in poor taste. A specific sexist slur is also used extensively throughout the film, and those accustomed to American disdain for the word will have had their mentality forcibly adjusted by the credits.

“The Gentlemen” is an exciting and often funny British crime film that relies more on style than substance. There is no meaningful theme expressed; Ritchie seems content just telling a story about immaculately dressed criminals plotting to undermine one another. Its disinterest in polite speech may offend some audiences, but others will find an engrossing plot that keeps one guessing at developments and thoroughly entertains. 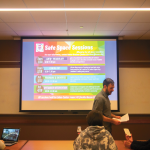 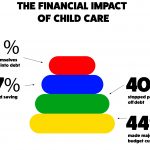