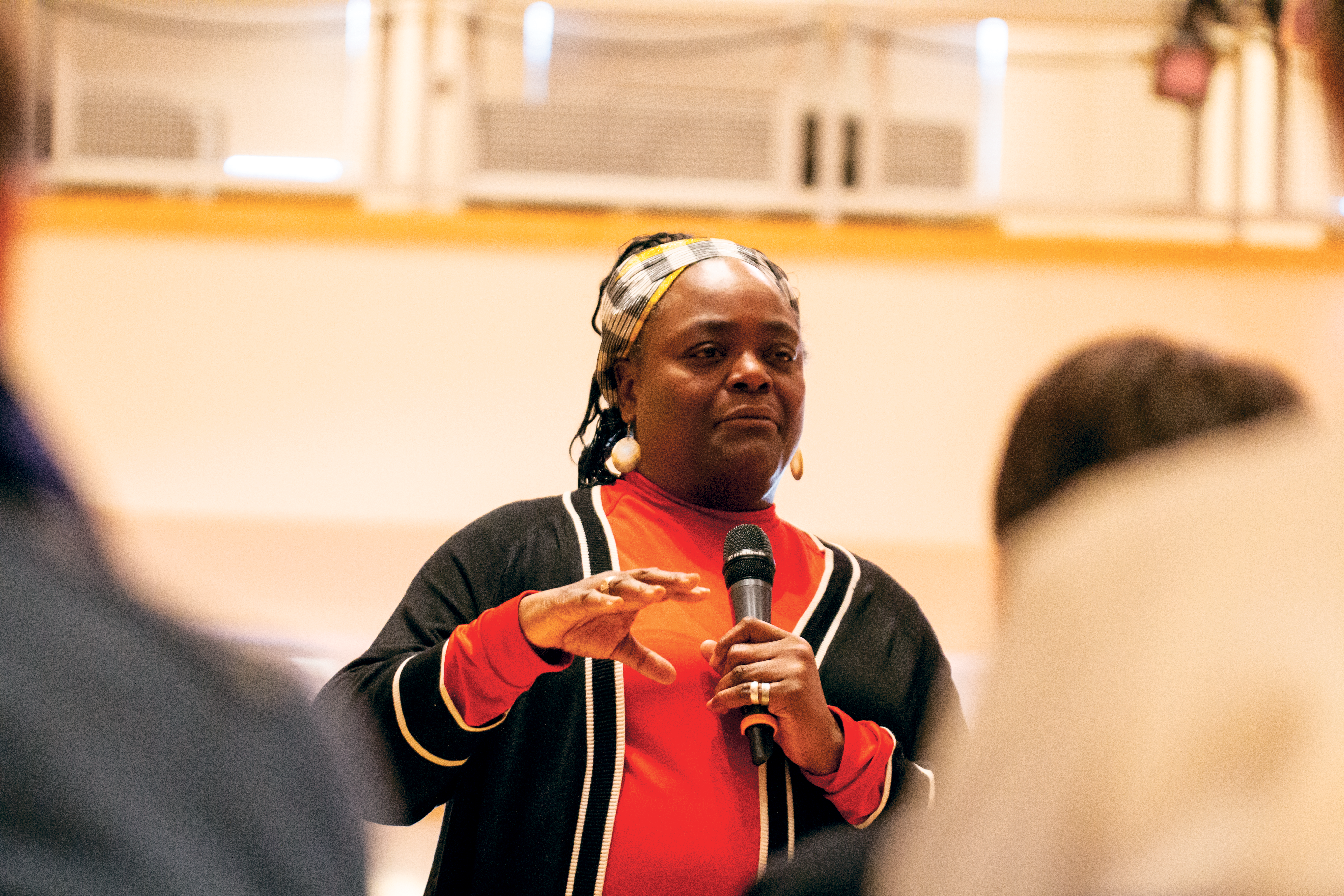 From 9 a.m. to 4 p.m on Friday, a multitude of students filled the student center to participate in the annual Teach-in.

There were many interesting topics displayed and not only students but staff members of the school attended these events.

The events consisted of talking about indigenous people, addressing racism, community crafternoon and much more. There were 18 events, ranging from an hour to an hour and a half each. These events brought staff and students together to work and listen to each other.

Shannon Mayers and Jon Miron hosted InterACTion. This was a way to use theater to teach people to be aware of body language and communication skills. This made students and staff realize the importance of eye contact and body language when speaking. Participants acted out scenarios where conflicts were about to occur, but then came to resolutions by approaching the topic with less threatening body language. The scenarios suggested staying calm, cool and collected even when faced with annoying situations.

“Actors use body language to play status,” Miron said. In an argument, your body language can come off as unintentionally aggressive. If the message being portrayed can be fixed to be less aggressive, the people involved become more approachable.

No students participated in this event, but quite a few staff members came and learned new tips for themselves. Caroll Lothrop, who is the administrative assistant in the student conduct office, came to learn more about body language and help students solve their conflicts more efficiently. “Eye contact is important,” Lothrop said. “If the person isn’t looking at you then you start to feel unimportant. That’s when mixed messages are sent.”

The next teach-in event was Crafternoon. More than 10 students gathered together to take time to do crafts and become more social, even making a few friends along the way. Crafternoon was intended to be a de-stressor after a long week and turned out to be a hit with students. There were five tables of different craft activities to do. One student even stated that after having a long week this is really what they needed. The person running this event was Hunter Kirschner, who was very excited to see the students having fun and relaxing. He walked around and complimented art and made sure everyone was happy and doing well. Kirschner talked about how important it was to have taught in and how crafternoon was a great way to get students out of their shell and socialize.

“Shared activities are essential. It helps build community and gives the students a safe space to socialize and feel welcomed,” said Kirschner.

The next and final teach-in was by a group of students called 3 Ways ‘Til Sunday, a group of students who were energetic and wanted to get the crowd involved as much as possible. President Justin Park guided the team and a few students in the ABC’s of Improv. The group played games that kept everyone on their toes. In improv nothing is scripted; you have to think of something right off the top of your head. After the teach-in, Park talked about how he did improv his whole life and wanted to bring that sense of love and wonder to the group.

Michael Costa talked about how improv really brought him out of his shell and turned him into the person he is today. “At first I didn’t participate at all. I hated it, but, eventually, I came out of my shell and next year I’ll be taking over as president when Justin leaves.” 3 Ways ‘Til Sunday meets every week in the Redfern Arts Center lobby, Mondays at 9 p.m. They encourage people to come, participate or watch.

The teach-in wasn’t just teachers talking to other students and staff but a well-rounded group of students and staff teaching others what they are passionate about. They bonded over crafts, worked on communication skills and had some fun goofing off and opening up to more possibilities.

Mayers stated, “These things are essential; we want to talk to students and staff and make them interested in what we have to say.”

Abigail Lashway can be contacted 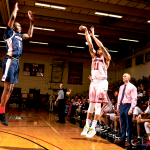 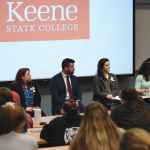