“The Greatest Showman” is a beautifully orchestrated piece of work that captures what is, in all honesty, a very dark true story.

The movie loosely and musically follows the life of P.T. (Phineas Taylor) Barnum, who is played by Hugh Jackman, aka Wolverine, aka Jean Valjean, aka the voice of Memphis from “Happy Feet.”

For a little background on Barnum, I ended up going to his page on biography.com where I found out he was born in Bethel, Connecticut, a town that I live only about an hour away from (I like to imagine that he possibly traveled through my town at one point or another, although that seems unlikely).

Continuing with my research on biography.com, I found out that Barnum moved to New York City as a young adult and began working for a variety of businesses, trying to find his calling. However, it wasn’t until 1835 that his calling would seemingly come.

Barnum ended up paying an elderly slave by the name of Joice Heth $1,000 so he could promote her as the outstanding, 161-year-old ex-nurse for George Washington throughout the Northeast. Barnum ended up racking in about $1,500 a week from people wanting to view Heth. When Heth passed away, Barnum continued to use her as a source of income by making her autopsy open to the public for the low price of just 50 cents. If my math is correct, that would be right around $14 in today’s currency.

The movie begins to follow Barnum’s real-life timeline right around 1841, when Barnum purchased Scudder’s American Museum in Manhattan. Barnum transformed the museum into Barnum’s American Museum, which ended up showcasing over 850,000 odd exhibits of questionable authenticity.

When this is happening in the movie, Barnum is joined by his wife, Charity, and two young children, Caroline and Helen. While ages don’t quite match up when it comes to his family (for example, Helen, who is a walking, talking, singing and dancing eight-to-nine-year-old in the movie, would’ve actually been one at the time—yikes), the addition of the older children is still a good add-on to the movie that allows deeper conversations that pull at your heartstrings.

When it comes to Barnum’s actual timeline, it was right around this time that he met the four-year-old, 25-inch tall child who would soon be known by the world as “General Tom Thumb.”

And that was what launched the life of “The Greatest Showman.” Barnum would end up founding the Ringling Bros. and the Barnum & Bailey Circus, both of which only stopped holding performances three years ago in 2017.

“The Greatest Showman” is, and probably always will be, one of my favorite movies. And although P.T. Barnum, when you dive deeper into his business ventures, is a very bad person, the way the movie portrays him makes him appear to be a truly inspirational person.

With songs like “This is Me” included in the soundtrack, the movie drives home the fact that no matter who you are, you are you and there’s nothing to be ashamed of. A movie that seeps self-acceptance following the life of someone who publicized and made a profit on the things that made people different is ironic in and of itself. However, I do not believe that the life of the real P.T. Barnum should spoil the fact that the movie is a perfect portrayal of people learning to accept themselves and teaching others to do the same. 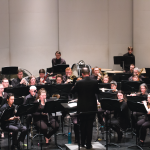 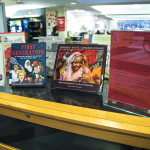