Confidence is one of the most important things in life; it helps you sell yourself to the world in all ways including jobs, relationships, school, etc. Despite this, attaining true confidence is something that many people struggle with.

Although I struggle with confidence occasionally, like most people, over the years I have developed some ways that help me when I’m not completely believing in myself. The first way is working out, which makes me feel like I’m getting myself more into shape, but also it’s a good time for me to get away from the things bothering me and realize I can overcome them.

Something that I also really enjoy doing is listening to music at the gym that reflects how I want to feel. If I’m listening to a song where somebody sounds like they’re really self-assured and ready to take on the world no matter what, then I begin to feel that way and think to myself, “There’s nothing that’s stopping you from achieving your goals.”

I believe another big part of having confidence is not letting the little things bog you down and just getting out of your own head. Something that used to happen to me a lot when I was younger is I would internalize any interactions that I thought were somewhat awkward and think, “What’s wrong with me?” As I get older, however, I’ve slowly realized that I just need to let those moments go because I know in reality the other person won’t remember that interaction in the long term at all and I’m just making myself stressed in the short term for no reason.

Another big part of having confidence for me is knowing that I set out to do a goal and ultimately succeeded in doing it. This can be as simple as getting your homework done early to achieving something that you set out to do as a long-term goal. In my opinion, a big part of setting goals and achieving them is having role models that help you establish these goals in the first place.

Role models are a big part of my life because I often see it like this: if they had the ability to change their life for the better, then why can’t I? This leads me to strive for excellence in all ways including trying to make myself more of a face on campus, working hard to excel in my classes and keeping up my hard work in the things that I’m already involved in. Something that I do think is important, however, is that you use your role models as a bit of positive jealousy that inspires you to improve instead of just making you feel like less. I feel this way because anybody that you’ll see as a role model is not some huge figure capable of doing things nobody else is, they got to that point just like anybody else; hard work.

In conclusion, confidence is a huge positive for a person to have and when they truly embrace themselves that is when they begin to do truly great things. It’s all a matter of believing, and instead of waiting for things to get better you make them better on your own terms. 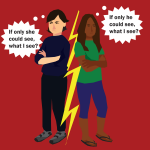 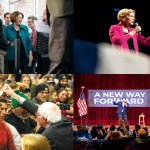