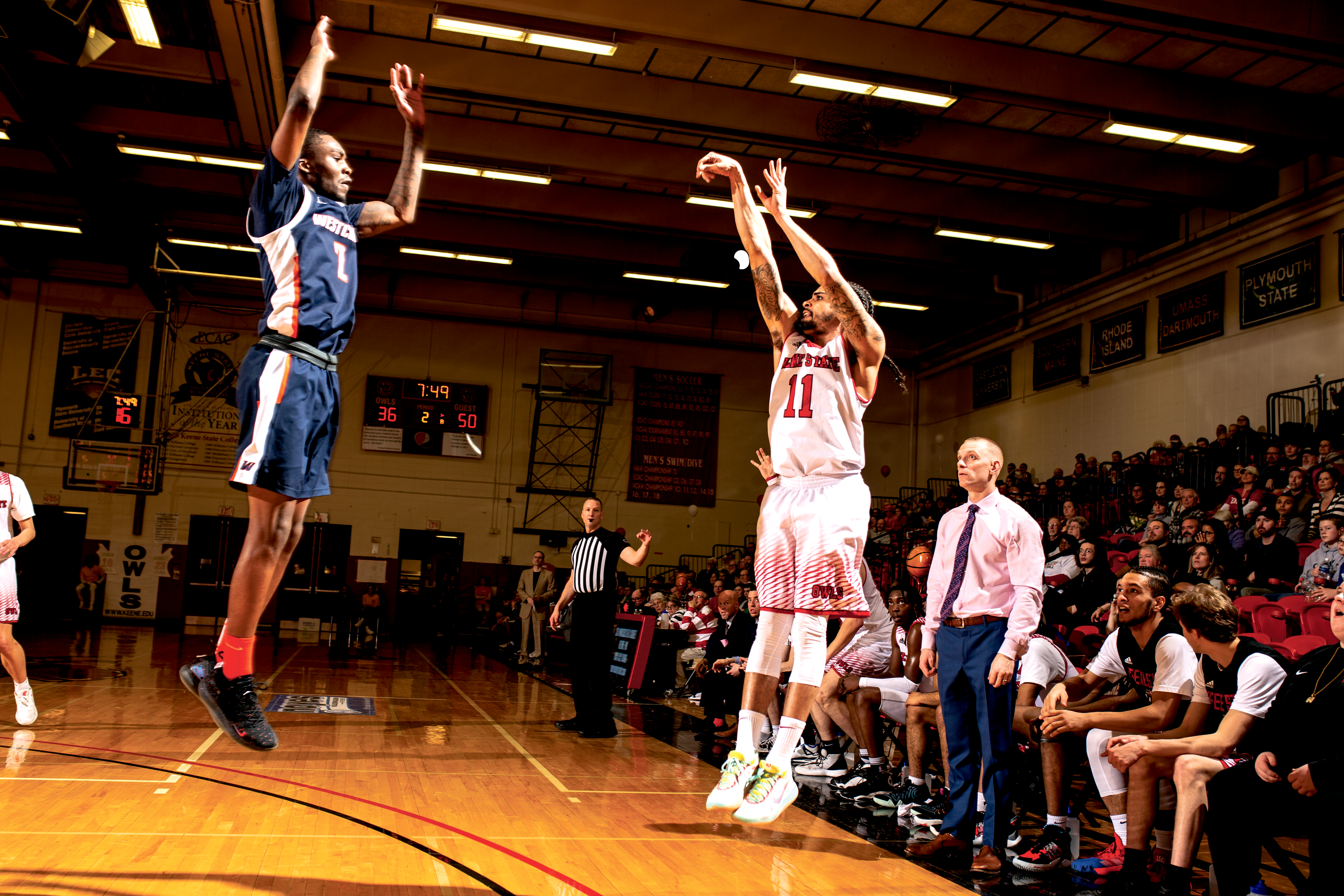 If one were to choose a single word to describe the players who compete on NCAA sports teams at Keene State College, “diverse” would certainly be in the mix. At Keene State, student-athletes come from a wide variety of different countries, backgrounds and schools, and Miguel Prieto and Edwin Ezedonmwen, two players on the Owls men’s basketball team, are no exception to this fact.

Before coming to KSC, Prieto and Ezedonmwen both went to high school at Hyde School, a college-preparatory school in Bath, Maine that is far more unique than an average, everyday high school.

According to Ezedonmwen and Prieto, one of the primary aspects of Hyde School that makes it stand out from other high schools is what they focus on teaching their students.

“I would say it’s more of a character-based school,” Ezedonmwen said. “They focus on education, but education is really secondary. They focus on things like who do you identify yourself as?”

“They’re big on yourself and finding yourself,” Prieto said. “We had a lot of character building at that school, that was the biggest priority.”

Hyde School’s motto, “Be the best possible you,” speaks volumes to Ezedonmwen’s and Prieto’s statements about the school’s priorities. Furthermore, the school’s logo has a banner on it that lists the school’s five values: courage, integrity, leadership, curiosity and concern.

“You don’t really know what to expect, because it’s not so much about education,” Ezedonmwen said. “Like I said, education is always second when it comes to Hyde. They care more about your integrity. They even have their own five words as soon as you get there. It’s courage, integrity, leadership and others, but those things come first. We’d even have meetings every Monday and it would be student-run, so it’s not teachers talking, it’s student-led. Everybody’s really close. It’s a community. You know everybody, everybody’s family.”

Since it is a prep school, a day at Hyde School is much more structured than a day at a typical high school.

“One thing they help you with there is time management, because from 7 in the morning to 9 o’clock at night you had something to do, like it was all planned out,” Prieto said. “You wake up at 7 o’clock in the morning, you go to breakfast, you go through your school day. After school you have an hour to rest, then you go to dinner, and then after dinner you’ve got study hall for two hours, then you have half an hour free and then you’ve got to go to sleep. So, it’s very structured.”

“After school, you have your mandatory sports. We had to play three sports there,” Prieto said. “I played basketball, football and track.”

“I played cross-country both my years there,” Ezedonmwen said. “I didn’t play a spring sport my first year there because I was playing travel basketball, getting recruited by Keene State. That’s when I first met Coach Cain, that spring. But, my senior year I did track. Another thing is the school’s small. The school is only about 150 kids I think, at most. So, for everyone who goes there, it’s a mandatory three sports.”

While Hyde School may have been a difficult school for Prieto and Ezedonmwen to attend, in some ways, the duo said that they both learned extremely valuable life lessons during their time at Hyde.

“The most valuable thing they taught me there was relationships,” Prieto said. “To me, that was the biggest thing because I came from a completely different environment. When I actually went for the first day, I woke up the very next day and wanted to leave. But, I realized that there were a lot of relationships happening there that I would not have had at home. I wouldn’t care to build those relationships, I didn’t care for relationships like that. But, that school gave those relationships value, that somebody that I don’t know I can talk to and learn something from, and that’s when I really, really learned that. That’s a powerful tool for me,” Prieto said.

“I would say relationships, too, because it’s like entering a new environment, just having to be doing something, having your day planned out for you enough as a kid,” Ezedonmwen said. “The relationship aspect changes because once you’re on campus it’s like everything changes; you’re not just in yourself, you know? Being on campus and at the school, they bring everybody closer so you can’t just be within yourself. You have to make those connections or you’re just going to be by yourself.”

After graduating from Hyde School in 2017, Prieto knew he was college-bound, and wanted to continue playing basketball into college. Once the time to select a college rolled around, Prieto said Keene State came to him.

“Keene State kind of found me, I’m not even going to lie,” Prieto said. “Coach Cain drove out there to talk to me, and that’s like an eight-hour, really long drive. But my coach at Hyde was very adamant about Keene State. As soon as it popped on my radar he told me: ‘They are a very respectable team. If I let you go anywhere D3, that’s where I want you to go, because I know they’re elite.’”

Ryan Cain, the head coach of the Owls men’s basketball team, said he didn’t have much history with Hyde School before meeting Prieto.

“I didn’t do a ton of recruiting from the Hyde School until Miguel was there,” Cain said. “That was kind of our first real interaction with someone from Hyde. That kind of built our relationship with Hyde, the recruitment of Miguel. So we made a couple trips, laid the process out. I went up there and spent a pretty good amount of time with Miguel, just kind of going over everything, watching him play basketball and then just sitting and talking with him and going over lots of different things.”

Then, when Ezedonmwen graduated from Hyde School in 2018, the path had already been laid out for him to go to Keene State too.

“Really, Miguel led me to Keene State,” Ezedonmwen said. “Honestly, [it was] just the bond I had with him at Hyde, because I went through everything with him. His senior year, he missed a couple games being hurt. Even right now I’m hurt, and going through the things I’m going through right now, he’s there to help me with them too. So I came here just having him, family, someone else here that is going to be on my side and have my back.”

Now, Prieto and Ezedonmwen are both valuable components of the Keene State College men’s basketball team, and a lot of that could be thanks to their time at Hyde School.

“For those guys to have that type of background, I was just very impressed with them as individuals and I’ve been equally impressed with their time here about their ability to grow on and off the court,” said Cain, the coach of Prieto and Ezedonmwen. 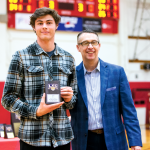 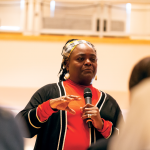