“There’s definitely always a need for it and it can make someone’s life better and help someone,” Gretchen Comerford who donated at the American Red Cross Blood Drive held at Keene State on February 4 and 5, said. “Helping others is really important to me.”

There are many different reasons as to why a person may want to donate blood. For example, Karen LaChapelle, a volunteer who gave blood, said, “I’m a nurse and there are so many people who need it and sometimes it’s hard to find blood for people who need it. It’s an easy way to give back,  but I actually like donating blood; today is my three gallons.”

“I think if I were in a position to where I need a blood transfusion, I would want blood to be available to me to receive a transfusion,” said Michelle Kuiawa, a volunteer. “I’ve also just been donating blood for years and it’s a super easy way to give back to the community and give to those who need it.”

According to the American Red Cross website, approximately 36,000 units of red blood cells are needed every day and a single car crash victim needs, on average, 100 units of blood.

The American Red Cross website also states that the Red Cross of America provides 40 percent of our nation’s blood and blood components, all from generous volunteer donors, but only 3 percent of eligible adults actually donate blood. These adults donate about 14 million whole blood and red blood cells are collected in a year.

First-year Lucy McGrade said, “I donate blood because I feel strongly about helping other people when I can and donating blood is a very easy way to help others. I think donating blood is important because there’s a lot of people out there who need blood transfusions and for healthy people, donating blood is easy for them and doesn’t have very many health risks,” said McGrade.

“I just think it’s important and it’s also something that every person who is eligible to donate blood should do,” said McGrade.

People with diseases such as sickle cell anemia, which affects 100,000 people in America, need regular blood transfusions throughout their lives. The American Cancer Society estimates a little under two million people will be diagnosed with cancer this year, and many of them will need blood, sometimes daily, while undergoing chemotherapy.

The American Red Cross website says the most common blood type needed is Type O Negative, which only 45 percent of Americans have. Because of these statistics, viable blood of any kind is always in need. Red blood cells can only last about 42 days before it can no longer be used, and plasma is even shorter, at five days.

“Because there is a constant need for hospitals to have a consistent blood supply due to the fact that most people don’t regularly donate blood and there’s no substitute for blood for the people who need more of it,” said McGrade. 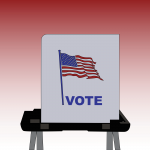 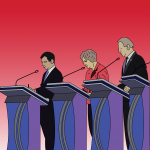